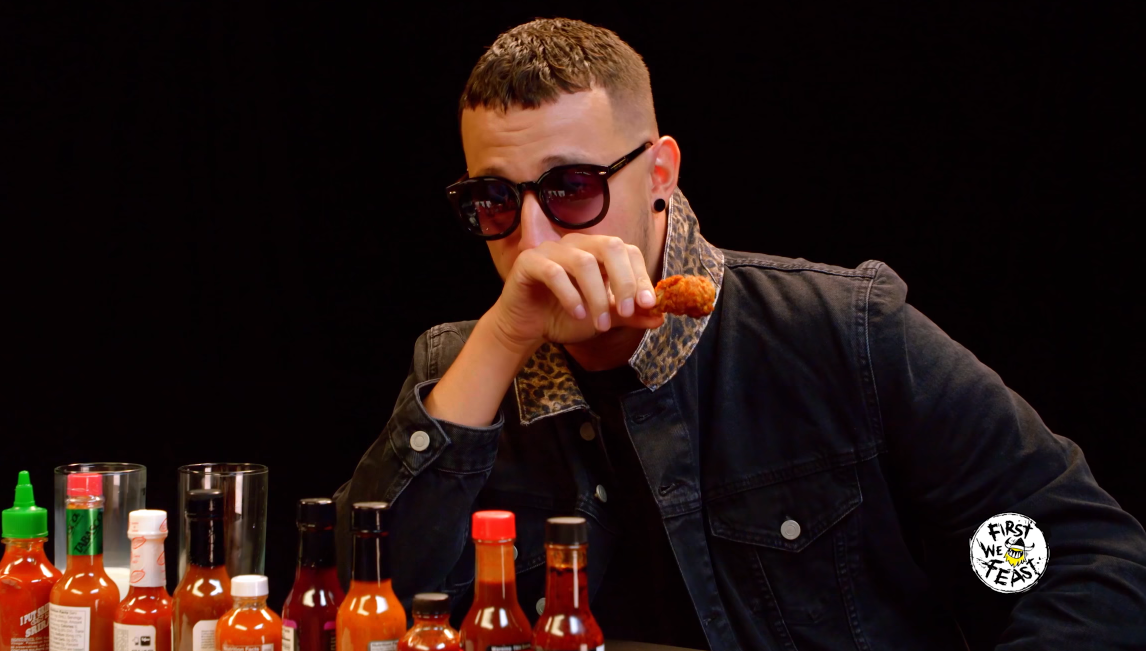 DJ Snake is out of this world on stage, and pretty down to earth during an interview… In the latest edition of Hot Ones, Sean Evans chatted it up with Snake while he ate flames.

During the interview, he talked about his massive hit “Turn Down for What,” football (he includes a soccer ball on his rider), international travel, his friendships with Taylor Swift and DJ Khaled, his love for DMX, and the fact that he actually hates his own name — DJ Snake — say what?

Yeah, that’s a lot of topics and a lot of hot wings.

Snake also gave the real scoop on DJ Twitter beef. The truth is, Calvin Harris is a savage on the low. And, when DJ Snake posted Dillon Francis‘ phone number at Coachella it was really an issue — “He wanted to kill me,” Snake said. “He really liked his number.”

While pounding hot wings like a champ he also mentioned, “I put [David] Guetta on blast, but I felt bad afterwards.” He’s talking about when he accused Guetta of copying the melody from “Lean On” — we disagreed.

As for the wings, they were a struggle but DJ Snake handled himself perfectly. Just as the death sauce was creeping in on his taste buds, he revealed the DJ Snake guide to success and prosperity: “Stay true to yourself. Keep believing in your vision. Don’t listen to nobody. Don’t copy nobody. And, don’t eat those fucking wings.”