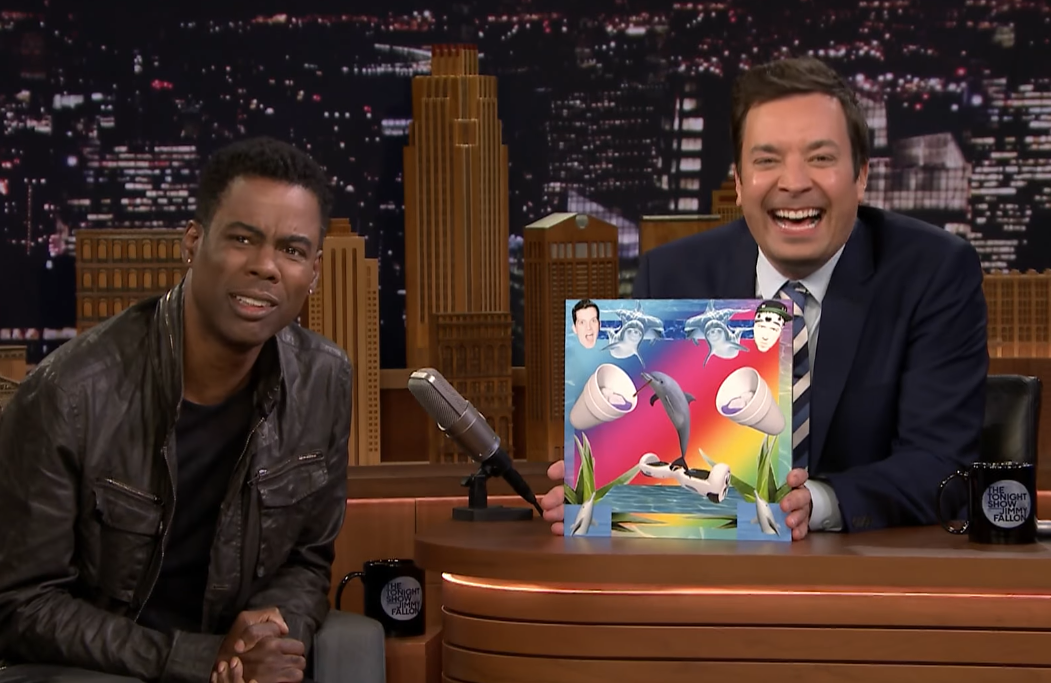 One of the most widely known, and wildly produced tracks from Kill the Noise and Dillon Francis got ripped apart on The Tonight Show starring Jimmy Fallon.

During his “Do Not Play List” segment the host, along with Chris Rock went through a collection of music to avoid and “Dolphin On Wheels” was a target.

“What the hell!?” Chris Rock exclaimed upon viewing the album art, “That’s a dolphin sippin’ sizzurp!” And, after listening to a short teaser of the track, he renamed it “Dolphins On Crack.” Fair enough.

KtN played it off perfectly on Twitter: “Hahha there it is greatest achievement of our careers @DILLONFRANCIS ????”