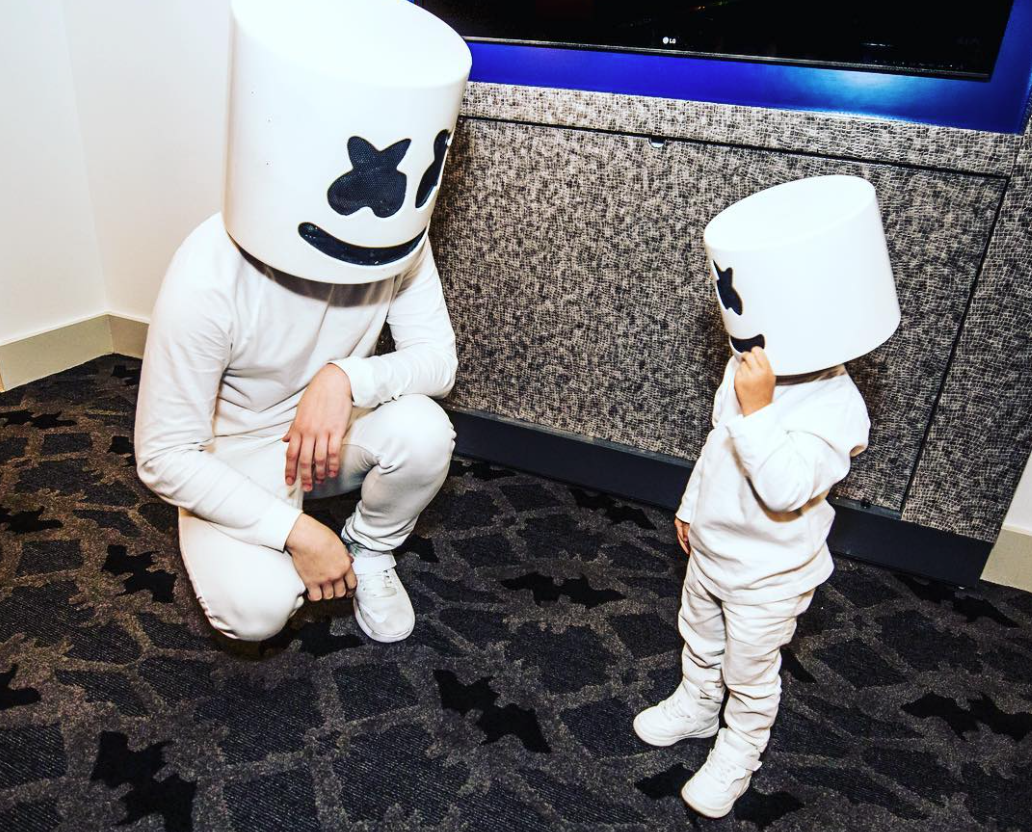 Everybody’s favorite Marshmello found himself with a “mini me” on stage at Hangout Music Festival!

The DJ/producer brought up one of his pint-sized fans during his set to act as a hype man, and the result was beyond adorable. Three-year-old siblings Lethan and Leanne have met Mello a number of times, but when Lethan AKA Mini Mello was invited on stage during his first festival, that took his fandom to the next level.

“Lethan’s dream came true! Thank you [Marshmello] and [Shalizi]!!!! Thank you Hangout Festival for making it all ages as well.” – via @lethan_and_leanne

This little guy is well on his way to being a superstar DJ himself and clearly already has an “in” with Marshmello — just check out the videos and pics below!

Never have we ever met anyone so humble, genuine, and kind like Mello & Moe. You guys have been so good to Lethan and as parents of Lethan, we're very grateful and cannot thank you enough for making his dreams come true. He's been a fan since he was 2 years old and his love for music, especially for Marshmello, was all he could talk about everyday. Thank you thank you thank you! @shalizi You are such a standup guy and been good to us. Thanks for the multiple opportunities and your kind heart. @marshmellomusic Thank you for keeping your word and letting Lethan come on stage with you. You have inspired him even more! He loves you and looks up to you 😊 Thank you for what you do and for your fans. #minimello #mellogang #marshmellomusic #lethanandleanne #hangoutfest2017 #edmlifestyle #bestdjever #bestmanagerever