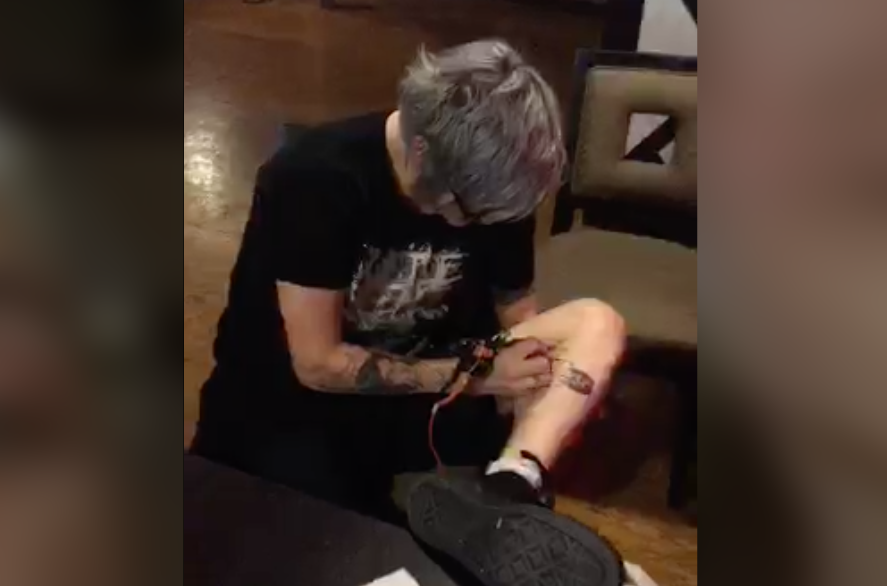 Much like tattoos, what you say on social media lasts forever! Ghastly learned this lesson the hard way, after going through with a tat he’s calling his “favorite mistake.” And, it all started with a simple tweet…

As the ridiculous tweet gained immediate traction, Ghastly seemed to regret the 10k goal, but it was too late…

While there were many supporters, some refused to retweet for the sake of his well being…

Some fans even doubted him…

Of course I will, if I get 10k retweets

We’re still waiting on this one by the way… (CC: Ookay)

But, after a couple of weeks 10k tweets sealed the deal!

Fml yeah can't back down now, I'll be posting a video soon 😪

Not only did Ghastly follow through with the tattoo of “Rosie O’Donell putting a fidget spinner in her vag” — he did it himself like a true bad ass.

Watch how it all went down…