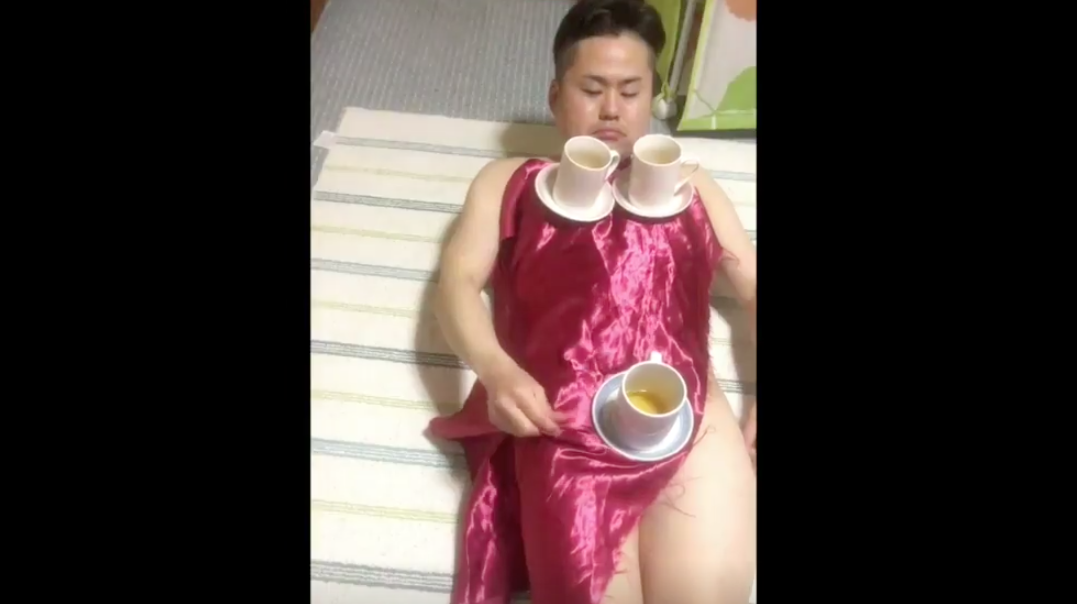 you Daft Punk‘s “One More Time” has found itself as the theme song to a strange, borderline disturbing, viral viral video series in which one daring guy takes the “tablecloth trick” to new extremes…

Twitter user @uespiiiiii finds clever ways to remove a silky cloth from his body, leaving only a teacup and saucer covering his unmentionables and very little left to the imagination. In this internet meme world he’s created for himself, the common denominator includes a silky cloth, a teacup and saucer, his naked body, and sure enough, Daft Punk’s “One More Time.”

Each video, shockingly just as intriguing as the next, is one of those things you have to see for yourself, but also can’t unsee. We’re just worried that we won’t be able to hear Daft Punk’s iconic hit the same way ever again.

Without further ado, here’s the weirdest thing you’ll see on the internet today, and possibly ever…

He even has a highlight video… What is life?