by Karlie Powell
in Featured, Interview, Worth Sharing

Lost Lands 2017 was one of the most interesting festivals ever to go down in prehistoric history, and some of the most outrageous stories of all time came out of it!

After all the hype surrounding the now infamous “Booty Eating Competition,” we just had to get to the bottom of it (pun intended). Brett Fabina has stepped forward as the fearless leader behind (another pun intend) the contest and we had the opportunity to speak with this now legend.

It wasn’t just all about fun and booty, as many would assume. Like a cherry on top, this camp also raised $2,255.80 in cash for Feeding Florida, an organization currently dedicated to providing hurricane relief.

Without further ado… Here is the legit scoop on the booty sundae competition as told by Brett Fabina himself. This guy definitely knows what’s up — no ifs , ands or butts about it.

Who thought up this crazy idea?

I’ll admit, Booty Sundaes were my idea. It was not meant to be sexual in any way. It was all in good fun and was intended purely for laughs. I love to have a good time and I try to make things as unique and memorable as possible. I’ve been doing this for years and each time I try to make it different. We go bigger and better every time. We made trophies for the contest and handed them out to the competitors. It was all pre planned and had nothing to do with the fundraiser. P.S. all participants showered prior to the contest.

Did you engage in the contest? Giving or receiving (lol)?

Of course I did. You can’t host a booty eating contest and not participate, haha. I participated in both sides of the contest. I don’t think any of us have ever laughed so hard. No, we did not actually eat each other’s booty holes. We simply licked some whipped cream off of some cheeks. We spent 2 days working and raising money for hurricane relief, so on Sunday we wanted to laugh and hold all of our contests that we promised everyone. We had a wet T-Shirt contest and handed out trophies for that as well.

How many other people participated?

There were 5 people who participated in total. There were a lot more that signed up, but initially we were supposed to host the event on Saturday. We had food from the fundraiser left over and received some extra food donations, so we did another brunch to raise more money instead. That was of course our primary objective. As a result, we lost a large number of contestants by switching to Sunday. However, we managed to raise an additional $900 on Saturday, so it was well worth it.

Were there actual winners, and how were they chosen?

Yes, there were actual winners. We had judges for the competition and used white boards to keep track of everyone’s score. The score was out of 10 and contestants were judged based on how hard they made us laugh as well as on personal style. 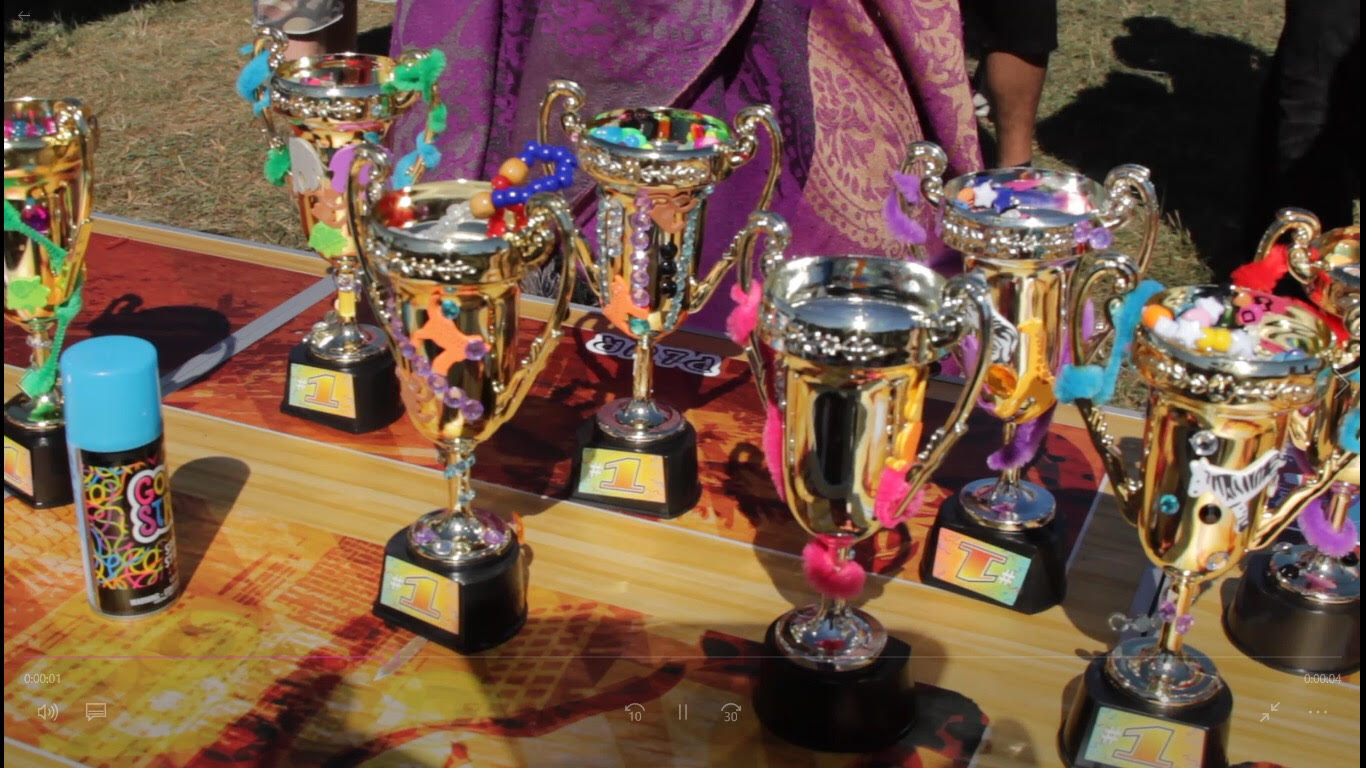 Don’t even think about it. Just dive in and have a blast! Live your life, be free, and be free of judgment. We can’t be a part of a festival community if we’re going to judge and bash each other. We all know that’s not what festivals are about. They’re about peace, love, unity, and respect. If you can’t live by that, then why even attend EDM festivals in the first place? They are supposed to be a place for people to be weird together and be free. So jump on in to a booty Sundae and enjoy yourself!

What are some other crazy things you witnessed at Lost Lands?

I was honestly so busy enjoying the stage and the production that I didn’t see too many crazy things. On Saturday we put a fork in the ground at the paradox stage and danced around it for over an hour. As we continued, more and more people came over and joined the dance circle. They started giving it offerings (kandi, clothing, hats, glasses, helmets, etc). Definitely one of the strangest things we’ve done, but once again, it was hilarious and everyone loved it.

Please expand on your charity effort… Because that is hella awesome!

After the destruction from Irma, Charlie Bales and Eliot Myers from my team came to me with the idea of raising money for hurricane relief. I loved the idea and immediately started looking into different charities with Susan Quick (another member from our team). Susie made initial contact with Lindsay Fountain with Feeding Florida and told her what we were doing. I talked to Lindsay the next day and we have all been in touch ever since. It has been a pleasure working with Feeding Florida and we look forward to the future. This will not be the last time we do this. We plan to continue fundraising at festivals and change the festival world for the better. We want to make a difference and get help to those who need it. That is after all what EDM is all about. Peace, Love, Unity and Respect. If you don’t live by that, then what is the point of going to festivals in the first place? We have brothers and sisters within our group who were affected by Irma. They almost were unable to make it to the festival because of it. We hope what we accomplished here encourages others to do the same in the future. I do want to give a shout out to those who went out of their way to make this fundraiser a success. They deserve it. Charlie Bales, Claire Koellhoffer, Susan Quick, Brandon Smith, Aaron Stemple, Shane Garrett, Gabriella Giancola, Amanda Lawrence, Nathan Meyer, Lindsey Prochaska, Eliot Myers, Oscar Lopez, Andrew Wilcox, Taylor Montgomery, Steve Vance, Devon Dougherty, and of course Brett Fabina (That’s me). I also want to give a very special shout out to our video and camera crew (we will have an aftermovie for the afterparty campsite. I’m hoping to have it done by Christmas). Thank you Alan Joseph, Travis Barron, Jorge Hinojosa, and Jeff Van Fox. These guys did a phenomenal job!

Are you guys going to throw booty sundae competition 2.0 at Lost Lands 2018?

Absolutely! Next year we will make it even bigger and better with one exception. All participants need to know their boundaries with their partners and must be respectful. Remember, what we are doing is all in good fun. We do not want people to actually perform sexual acts on each other publicly. For Lost Lands 2018, I’m bringing sprinkles, caramel and strawberry syrup, and cherries. We’re going to have build your own booty sundaes. 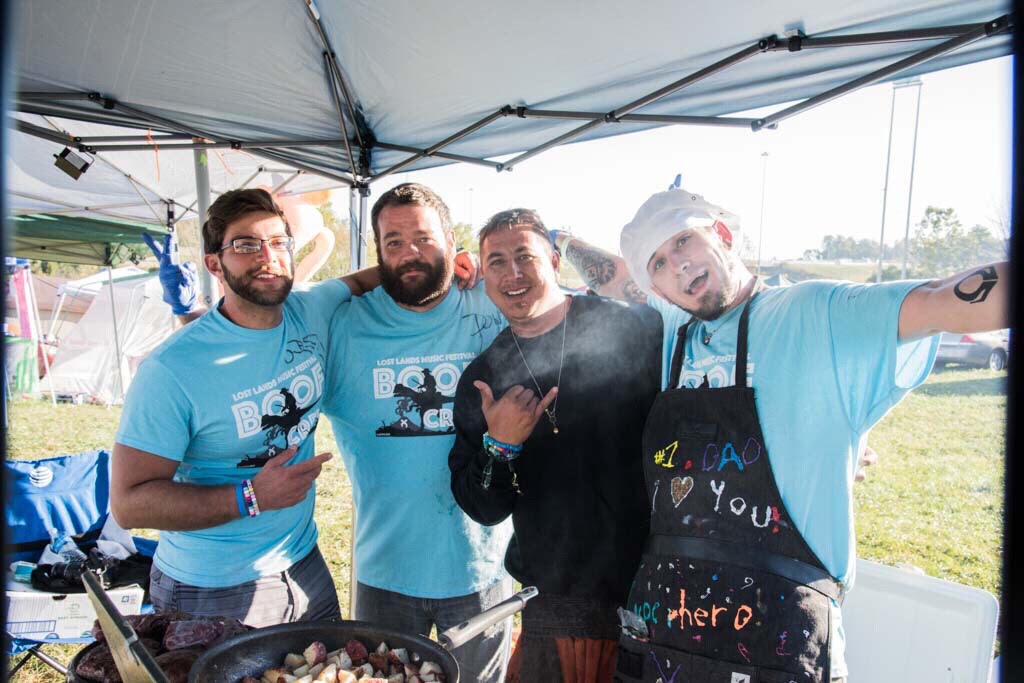 Spring Awakening Releases Early Bird Tickets For 3 Days Only, Along With Electrifying Aftermovie