by Karlie Powell
in For the lulz, Worth Sharing

The people of the internet have discovered Google‘s Arts & Culture app — specifically its fine art portrait feature that matches users up with their doppelgangers. It’s a fun facial recognition exercise that has recently gone insanely viral.

So where does electronic music fit into all of this? Dancing Astronaut just had a field day uploading a bunch of DJs into the mix. Everyone from deadmau5, to Porter Robinson, to Afrojack, to Skrillex, to Martin Garrix, to Dillon Francis are featured below, as the Arts & Culture app matches selfie-style portraits up with matches from over 1,200 museums and 70 countries.

deadmau5 still looks unimpressed. Skrillex looks incredibly abstract. And wait till you see the matches for The Chainsmokers…

Thanks Dancing Astronaut for doing all the leg work on this one (check out the full article with more EDM-meets-art matches here)! 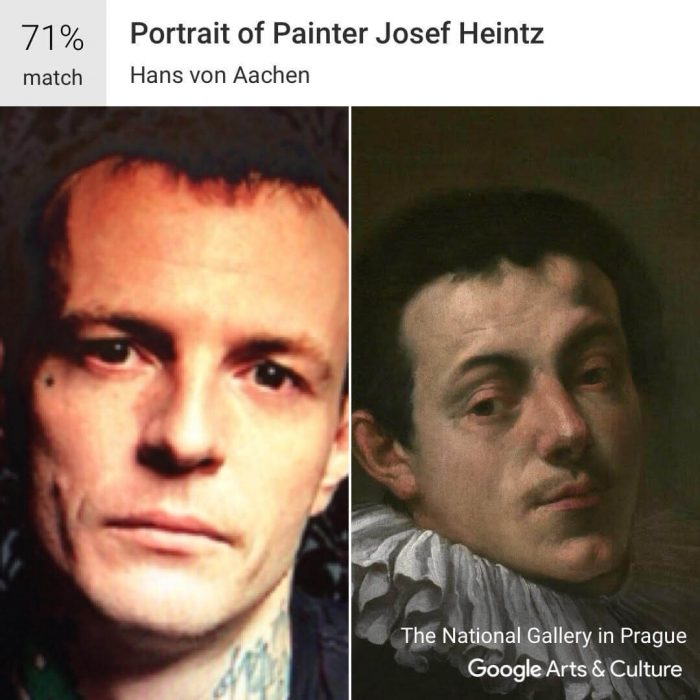 Andrew Taggart of The Chainsmokers

Alex Pall of The Chainsmokers

New: The Chainsmokers, Cashmere Cat x Major Lazer, Above & Beyond + More – Your EDM | Week In Music