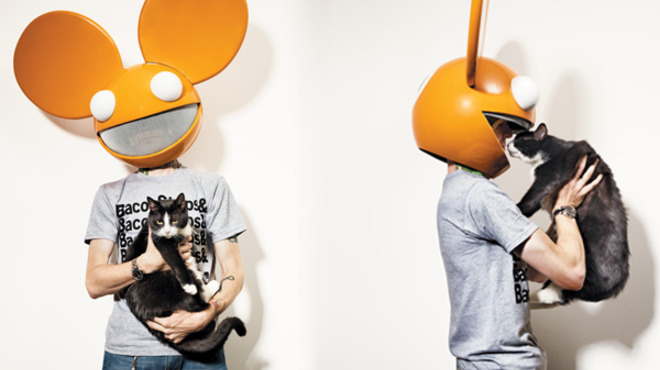 Last month, deadmau5 shared a couple of photos of his kitten, Noob, which he introduced as “meowingtons and the other cats new little sister.” Now, the little ball of fur is finally home sweet home.

the day of reckoning has come for poor nyan cat and meowingtons. Their new little sister "noob" the bengal will be arriving soon. prepare for content.

The kitten lets out the most adorable “mews” as she and deadmau5 get to know each other in the first upload below. If the exchange between the producer and his new, pint-sized pet doesn’t instantly melt your heart, then there’s clearly something wrong with you.

i seriously hope they get along. Meowingtons and the other cat seemed to get along nicely… i think meowingtons is a decent leader.https://t.co/u6Gd0bNszV

Not everyone’s a fan, though. It might take a hot minute before things smooth over between Noob and the cat of the house, Meowingtons. The real OG throws a literal hissy fit as the kitten innocently “mews” in yet another ridiculously cute video. They’ll figure it out.

“Meowingtons, don’t be a dick,” deadmau5 tries to mediate in the second video.