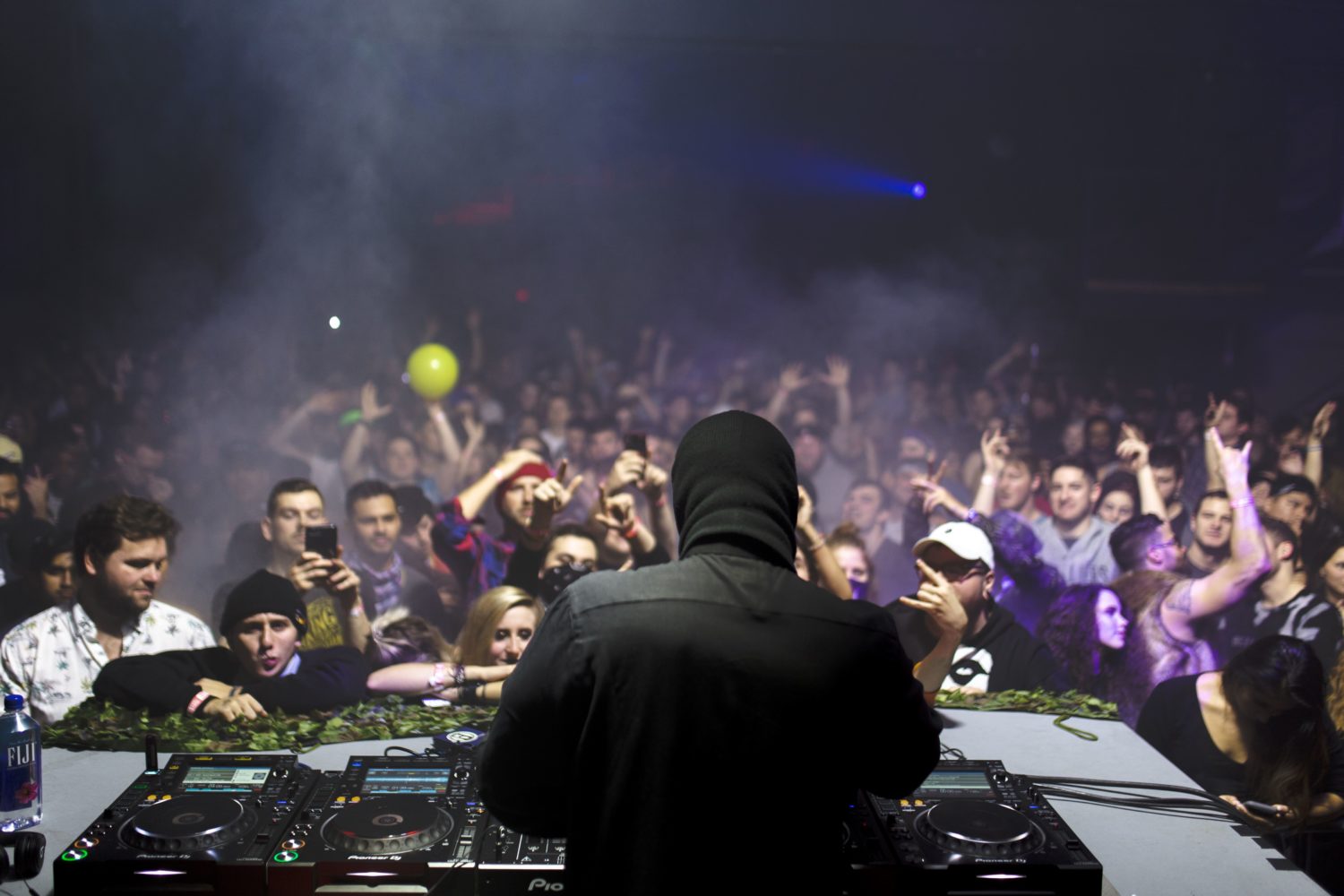 ‘MASSIVE’ Event Is Bringing The Bass To Movement Weekend

Movement weekend is almost upon us and while the flagship event in Techno City aka Detroit is the highlight of the weekend, the afterparty culture is a close second. Just as the music festival strives to bring attendees the best and most diverse lineup possible, venues and promoters across the city accent Movement with their own carefully curated lineups.

Techno takes up a great percentage of sound waves over the weekend, but year after year, Movement consistently draws up a lineup that manages to please music lovers of all kinds. Hip hop, house and funk are strongly represented this year, but there are no boundaries and nothing is off limits.

Bass music, however, is a bit out of the ordinary for Movement weekend, which is what makes the MASSIVE warehouse lineup stick out amidst the swarm of house and techno-driven afterparties. Snails, Space Laces, Buku and Stuca lead the pack, with local support from Attak and Flats Stanlie. Plus, Nightenjin takes over a secondary stage on site, setting an alternate mood in the massive warehouse space that is The Russell.

Chad Smith, aka Attak, is the mastermind behind the operation headed by his Ignyte Events team in collaboration with MeanRed. Not only does this event, as well as countless others, hope to bring something different to the table — their focus is set on keeping the warehouse experience alive.

So, is bass music during Movement as taboo as it sounds? With the event just days away, we picked Chad’s brain about the MASSIVE concept. Here’s what he had to say…

What does it mean to you, to be bringing a show of MASSIVE proportions to Movement weekend?

I’ve been working extremely hard to bring quality EDM events to Detroit for years and I am excited to bring a MASSIVE bass music event to a weekend most bass promoters shy away from. I love the challenge!

With primarily techno and house-driven afterparties, do you feel there’s a void to fill with this bass-centric lineup?

I think there’s been a big void with this. Movement is based on techno, yes, but their lineups are diverse as well. I remember seeing Skrillex at Movement 2011 and the huge reaction he received. Detroit’s EDM culture has been built on diversity and I will continue to embrace that.

What’s your biggest goal with the MASSIVE vision?

Bringing back large scale/big production bass events to Detroit in a unique, underground setting. I started my DJ career with warehouse events 15+ years ago and they’re still some of the best events I’ve played. I want the new generation of bass music fans to be able to experience something similar.

What’s the best part about the Detroit dance music scene?

The diversity in Detroit EDM culture and how much the fans connect with the music out here. Truly passionate fans no matter the genre. Detroit is a pinnacle of EDM for the Midwest and I feel honored to be apart of the magic that makes Detroit so great!