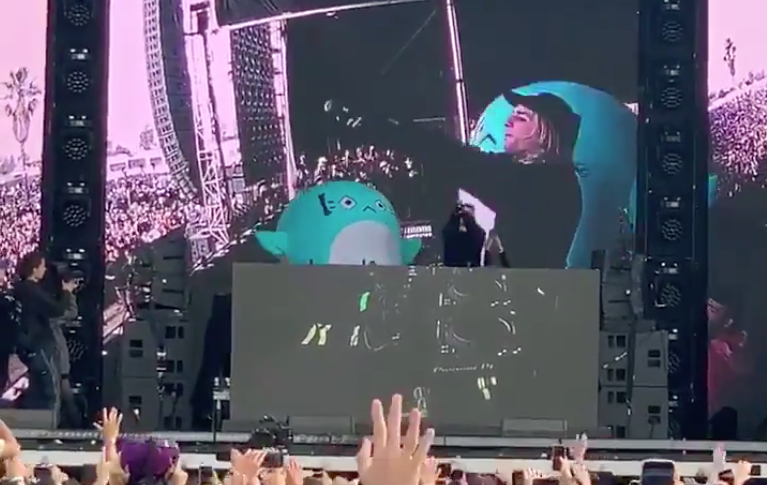 Word got around and it wasn’t a huge surprise that Skrillex was yesterday’s special guest at Porter Robinson‘s own Second Sky Music Festival. So, they had to play it right to keep the crowd on their toes.

Behold, Porter’s epic introduction of DJ Potato, the stand in special guest. Of course, underneath the Second Sky mascot, Skrillex was hiding out for just the right amount time to build suspense. Porter took to the mic with some jokes, which were rather on point might we add.

Skrillex did indeed show up as the special guest to play Second Sky. Not only that, he opened up the set with his much hyped about “Fuji ID” that so many from near and far were able to experience firsthand.

And the Second Sky secret guest is… Watch the hilarious moment below.

such a well-executed joke pic.twitter.com/Cr84P72g53