Excision and Bassnectar are each massive forces in electronic music and another collaboration from the two would be absolutely earth-shattering. When asked if he would team up with Bassnectar again, Excision gave the answer everyone was hoping for.

Not only do the two have a great working relationship, Excision reveals they have teamed up on projects that may never be released. As some of the best producers in the game, their goal at the end of the day is to ensure they’re putting out quality music.

“Haha, we talk more often than you guys probably think,” Excision responded in a thread. “We’ve started a few collabs but we didn’t want to release them as when we do release our next collab we want it to be Grade AAA maximum quality goodness.”

The two worked together on the 2013 single “Destroid 6 Put It Down” and also on a VIP of Excision’s “Force” with Noiz in 2011. Whatever is next, expect nothing but the very best coming through the speakers. 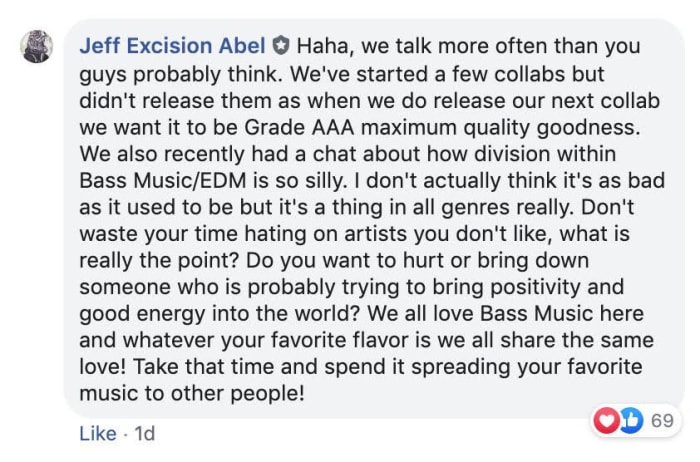