Tommy Trash just announced the upcoming tour and mix compilation, Inspired. The tour is set to take off on February 28 in Paris, and so far includes 11 locations with more dates to be announced.

The brand new mix compilation will be comprised of “exclusive Tommy Trash originals and bootlegs, as well as past and present inspirations from deadmau5, Eric Prydz, Steve Angello, Empire of the Sun, Digitalism, Vitalic, Tiga, Duke Dumont & more!”

So far none of the Inspired tour dates are announced for the U.S., but he does have a few shows set for the States before the tour starts. Get tickets to see Tommy Trash live here. 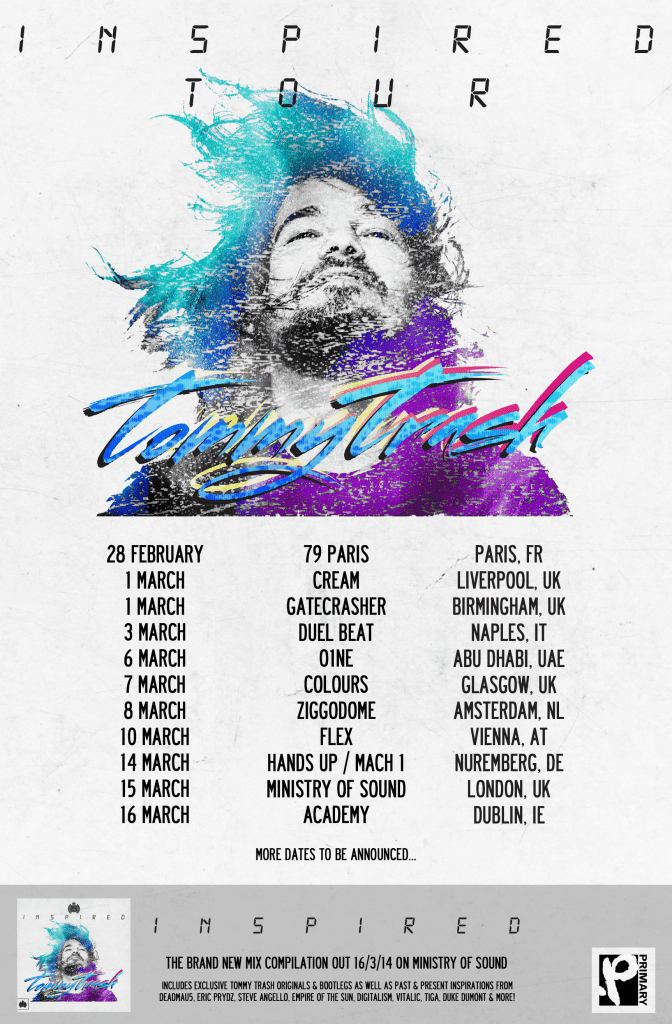 Your EDM’s Most Anticipated Festival Of 2014 Winner Is….

Your EDM's Most Anticipated Festival Of 2014 Winner Is....