Movement Detroit announced its Phase 2 lineup today, adding an additional 67 acts to its already stacked roster. In its 10 years running, the festival has set the bar high with its techno and house heavy lineups and this year’s does not disappoint. New additions include current favorites Joy Orbison, Lee Foss, Oliver Dollar, Maceoplex and Brodinski, as well as some of the long established pioneers of house and techno, including Eddie Fawlkes, Carl Craig, legendary acid house producers Phuture, and Belleville 3 members Kevin Saunderson playing back-to-back with Derrik May and Juan Atkins performing as Model 500.

As with Phase 1 announced earlier in the year, Phase 2 proved to be an eclectic mix, adding hip hop artists Hudson Mohawk and Method Man, as well as Detroit based dubstep producer Galaktis to the lineup. Altogether, Movement has once again put together a lineup that is not to be missed by those who seek to delve into dance music’s past and get a glimpse of its future. 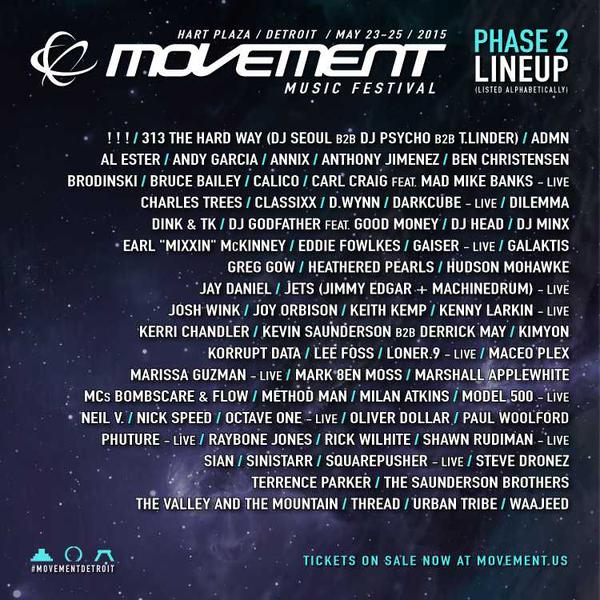 Movement Detroit will take place Memorial Day Weekend, May 23-25 at Hart Plaza in Detroit, MI. For tickets and further information, go to the event’s website here.