How EDMbiz Is Opening Doors for the Industry Hopefuls

The annual Insomniac-held conference and expo, EDMbiz, only began a humble four years ago but it has made tremendous strides since its very inception. People like Hardwell, Gary Richards (Destructo), Pasquale Rotella, and more have attended the conference and played key roles in its growing influence. Every year EDMbiz adapts to the current scene to open a door into the next year’s trends by bringing onboard the industry’s best and most influential. However, EDMbiz provides a scope beyond the power players but into the hopefuls.

The entertainment industry in general is a grueling animal to deal with. It’s volatile, it’s exhilarating, it’s a gamble. To become apart of it, you need some sort of “foot in the door” they say. This foot can be connections, a random occurrence, or maybe a cold call/email that turns into an opportunity. EDMbiz opens that door for aspiring industry players to put their foot in. 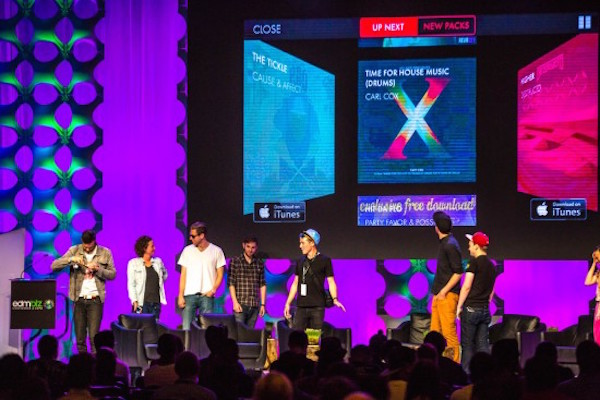 Before he was a big room titan, Alesso found his break when he tracked down Sebastian Ingrosso’s father in a coffee shop to give his demo to the ex-Swedish House Mafia star. This determination and bold move has turned into Alesso selling out massive stadiums to perform and releasing record-breaking tracks. EDMbiz could be that coffee shop for someone trying to make it in the industry.

Outside of the networking opportunities, the actual keynote speakers and panels of EDMbiz provide an insight unlike ever before. It’s enlightening, it’s informative, and it’s a way for young hopefuls to get a real-life record of what it is like to work in the industry in the past and where it will be going in the future from the people who run it. There’s no where you can read all of the information that EDMbiz has to offer, and the people at EDMbiz are at the disposal of the attendees.

You may sit next to a world-renowned booking agent or even the head of A&R at a major label. No matter who you are, EDMbiz provides an open window into opportunities for anyone. It is a conference that looks for growth and empowers those who are running the industry and who want to a platform to do so in a community atmosphere. Don’t sit on it, kick start your career in the EDM business at EDMbiz. Badges can be purchased on the EDMbiz website as well as more information on speakers, panels, and more.