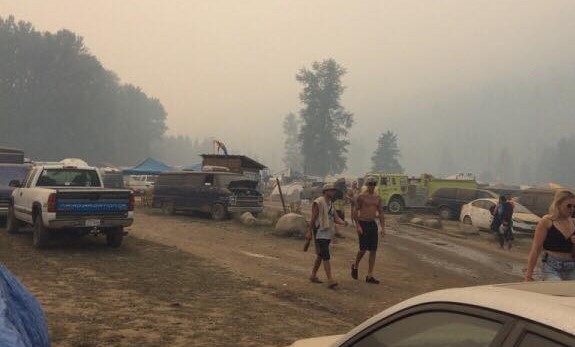 20th Shambhala Music Festival Forced to Shut Down Due to Wildfires

Shambhala Music Festival is deeply saddened to announce that the final day of the 20th anniversary event has been canceled due to nearby wildfires.

After being on evacuation alert all weekend, the music festival made the tough decision after consulting with local government officials.

“While there is no immediate
threat to the festival or its attendees, we believe it to be in everyone’s best interest to allow adequate time to vacate the area safely,” Shambhala explained in a newly released statement.

Music will go on as planned today, but “local emergency services have asked that everyone head straight home and not to linger in the area.”

It’s difficult news to hear, for me especially as I write this from my campsite on Salmo River Ranch — but the important thing is everyone’s safety.

In order to maintain order while vacating, we would ask our guests to: