Yesterday, Jauz officially announced his new Dangerous Waters EP due out January 17. Adding to that his Dangerous Waters tour announced back in October, the beginning of 2020 is looking really good for Jauz fans. But that’s not all!

Fans will be able to experience the Dangerous Waters tour in a live VR experience on January 8th thanks to Wave Studio, the same team who brought Rezz’s Beyond The Senses EP to life in July. Jauz will transform into a real-time avatar and descend into the depths of “Dangerous Waters” for the worldwide premiere of his music, with visuals inspired by Jauz’s longtime respect and affinity for sharks!

“An underwater concert is the kind of mind-blowing world that virtual concerts empower,” said Adam Arrigo, co-founder and CEO, Wave. “This Wave will be absolutely stunning – showcasing what’s possible with game engine graphics and the creative drive to perform for fans in a totally interactive way. Jauz is a gamer who lives on sites like Twitch, so he’s designed his Wave to embrace this live audience connection. We will see you in Dangerous Waters in the new year!”

To participate in this multi-channel live concert experience, fans can tune in through Jauz’s Twitch and YouTube channels. For those who wish for a more immersive experience, they can virtually attend as their own avatar, using Wave’s VR and PC desktop apps that are supported on Steam for HTC Vive, Oculus Rift and Windows Mixed Reality.

You can still purchase remaining tickets for the Dangerous Waters tour through his website here. 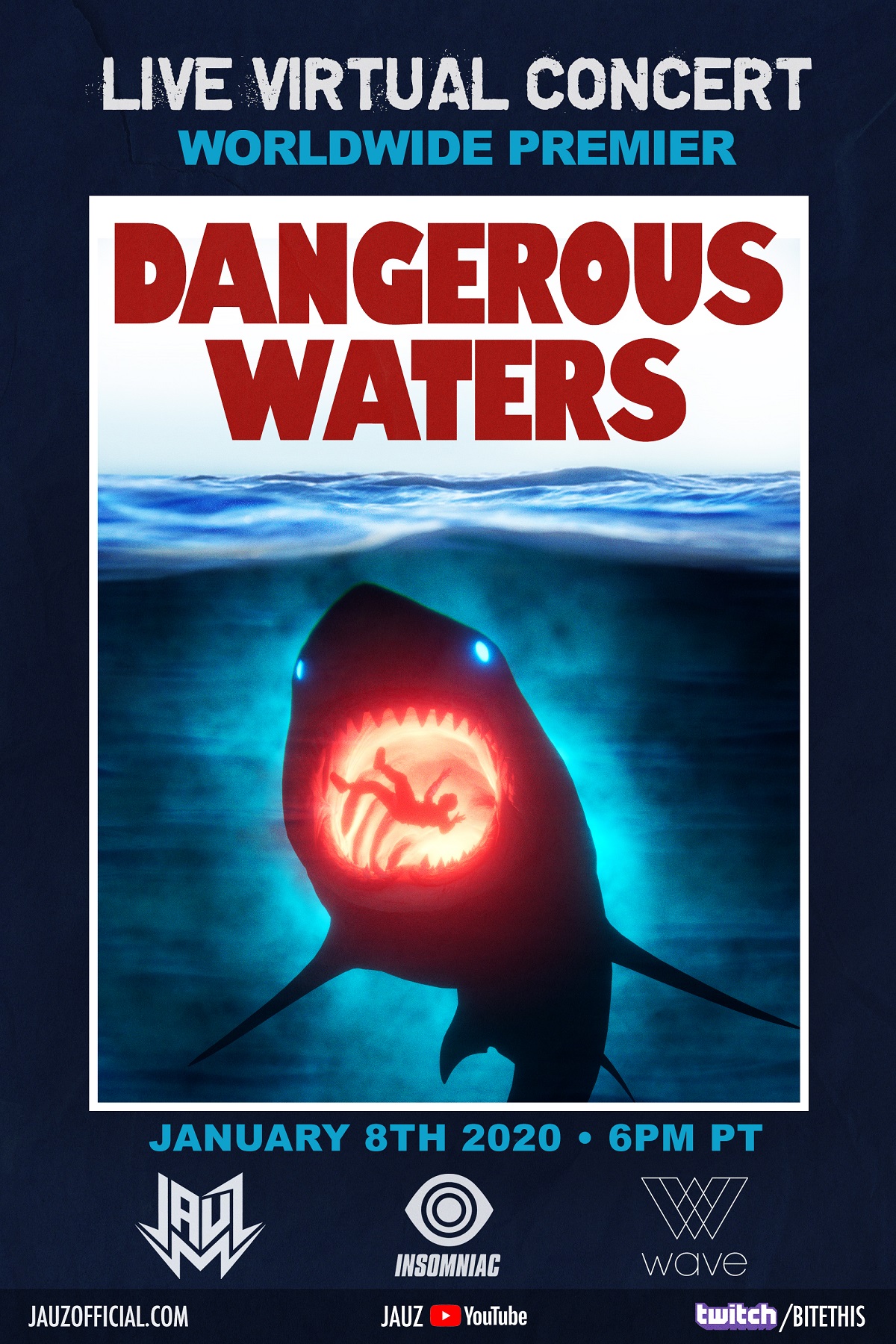