by Your EDM Staff
in Editorial, Events, Featured, Reviews

Festival season is upon us once again. Love and bass are in the air and it is glorious. So naturally it is time to fire up our recurring festival review segment, dedicated to bringing the west coast festival experience directly to you. This time we hit the scorching deserts of Indio California for the second weekend of one of America’s hottest music festivals, Coachella.

Already a legend, Coachella has been one of the most popular if not THE most popular music festival in America for a very long time, and for good reason. Coachella brings together the best of the best from all genres of music into a massive two weekend party where artists showcase their new music and expand their audience. 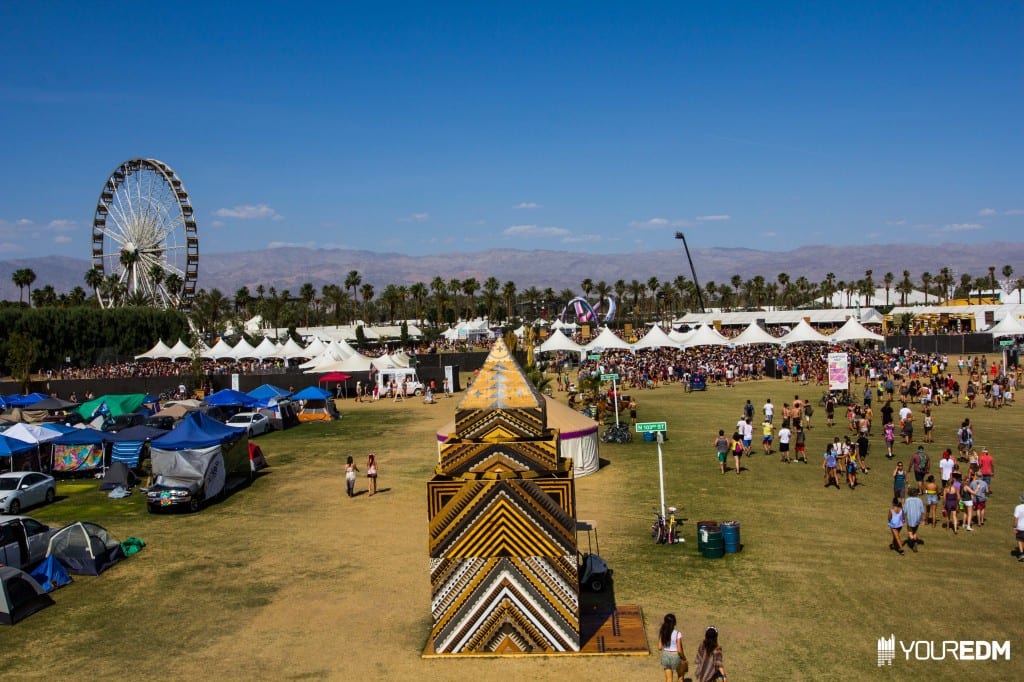 This festival was massive, with over 80,000 fans in attendance for each weekend. We camped at the northern end of the festival, and it took us a good twenty minute walk past a myriad of food trucks and art installations before we reached the gates. The meticulous planning and layout of the festival was incredible, making it relatively hard for us to get lost on our adventure. Whether we were amidst a veritable sea of tents or wandering through the massive festival grounds, there was almost always a landmark to follow. And what incredible landmarks they were. From the giant floating spaceman, to huge inflatable sculptures & strings of balloon lights, beautiful large scale art was everywhere.

Undoubtedly the thing that makes Coachella a unique experience is the musical diversity of the festival. There were rappers, EDM artists, pop stars, & indie bands from all over the globe sharing stages with each other. This staggering diversity of over 180 artists drew a veritable melting pot of festival goers, each interested in different types of music, making for a unique and wonderful crowd of people. Of course, all the big names in EDM were there as well and that’s who we were truly excited to see. RL Grime, Duck Sauce, Flosstradamus, Disclosure, UZ, Zedd, Skrillex, Carnage, The Glitch Mob, Alesso, Adventure Club, Gareth Emery, Flume and so many more made appearances that weekend, each one at the top of their game. It’s no surprise we had an incredibly difficult time picking our favorite artists over the course of the weekend but after some intense deliberation we finally have our top four. 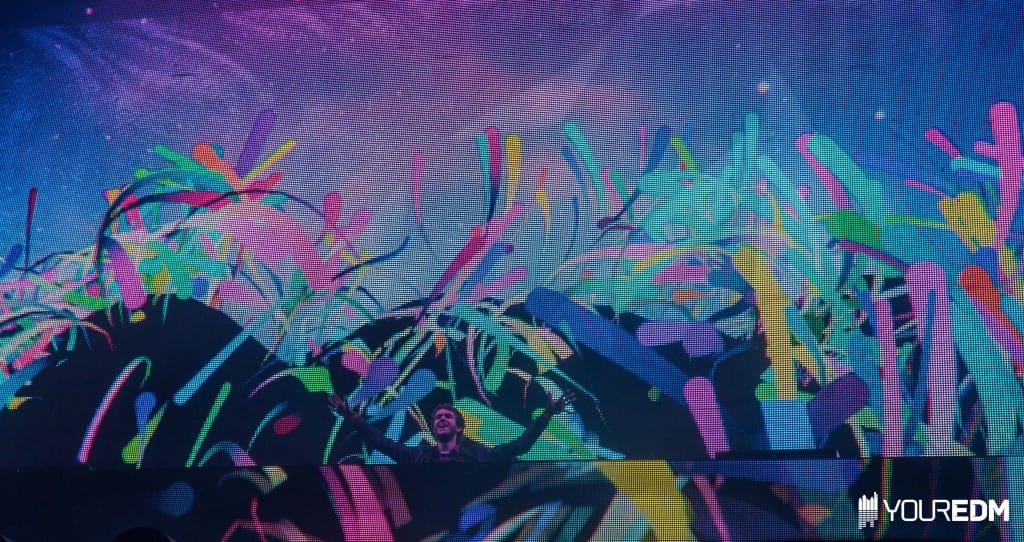 Our first stand out performance of the weekend was on the first night, where we witnessed a mind blowing set from the one and only Zedd. This musical mastermind has been capturing our hearts with his art since early beginnings. With chart topping remixes, stellar singles, and one legendary studio album, Zedd’s impeccable music production & stand alone take on electronic music has rocketed him to the forefront of EDM culture. Part of the notorious OWSLA family, Zedd’s unique take on EDM is a combination of electro house and trance music that has yet to be replicated. His set was fun, crazy, emotional, and so off the wall it had everyone from the front to the very back going absolutely nuts till the very end. Some of the most beautiful moments that took place all weekend occurred when the crowd was singing along to Zedd’s most famous songs. It was a moment we won’t soon forget. Do not miss out on Zedd if you get the chance. This is timeless music. 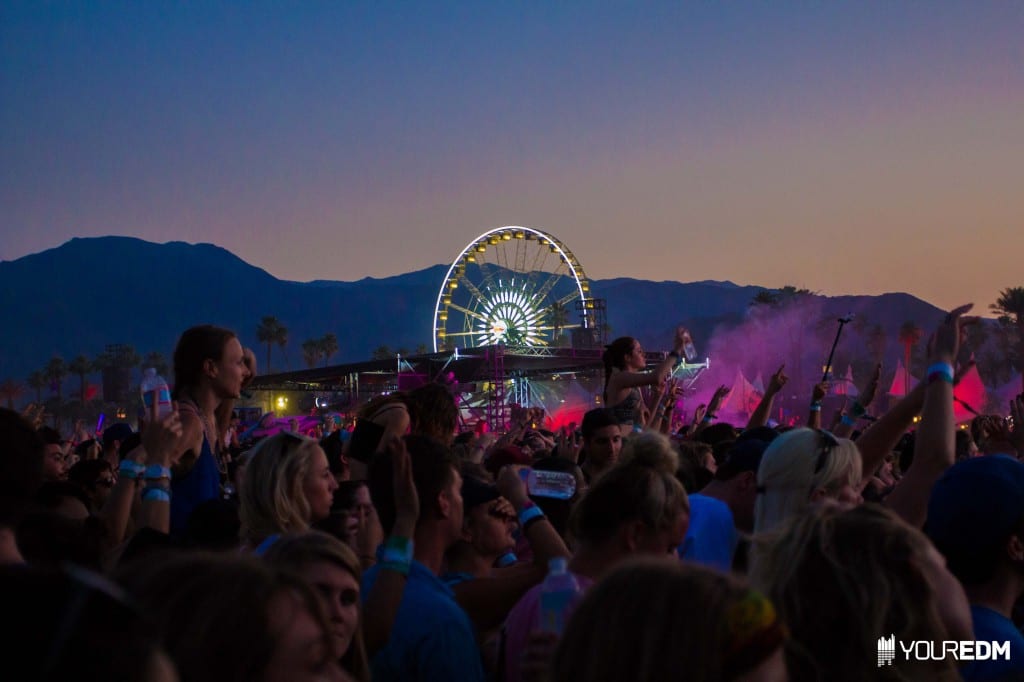 That same evening we saw our next favorite artists of the weekend, The Glitch Mob. Fresh off the release of their new album “Love Death Immortality” just a few months prior, The Glitch mob hit the stage with hurricane force. Accompanied by what can only be described as an insane lighting and stage set up, their intricate genre defining soundscapes of grimy saws, beautiful vocals, and flawless melodies had everyone in the crowd completely absorbed by their sound. This wasn’t a DJ set either, they performed their music live, with all three artists manning their respective MIDI controllers to create an insanely fluid and complex experience. This style of play enabled them to incorporate their most famous songs from the new album alongside new on the fly jams directly from their brain to ours. It was truly a once in a lifetime experience. The Glitch Mob made more than a few new fans that night, and we can’t wait to see them again. Do not sleep on these talented veterans, dare we say, Godfathers of modern glitch music.

Next up on our list of favorite performances is the king himself, RL Grime. He played on Saturday night, and absolutely blew everyone out of the water. The hip hop/trap alias of popular house music artist Clockwork, RL Grime has been at the forefront of the evolving trap music industry. Part of the Wedidit Collective this diverse brilliant artist has been responsible for a fair share of the trap anthems we’ve been partying to over the past few years. From original tracks such as “Treadstone” and “Pockets“, to his off the wall remixes of Kanye West, Benny Benassi & Chief Keef, all the way up to his new collaboration with What So Not, RL Grime never fails to astound us with his music. This set was one big party, assaulting the crowd with heavy, thuggish basslines, crisp horns and dirty synths, RL Grime had everyone going bonkers from the jump. Big Sean even made a surprise appearance on stage just when we thought things couldn’t get any crazier. This mix of Club hip hop and excellent EDM style trap music was out-fucking-standing, and it left everyone begging for more. Do not miss out on this phenomenal bass music pioneer, he’s doing everything in his power to push trap music in the right direction. 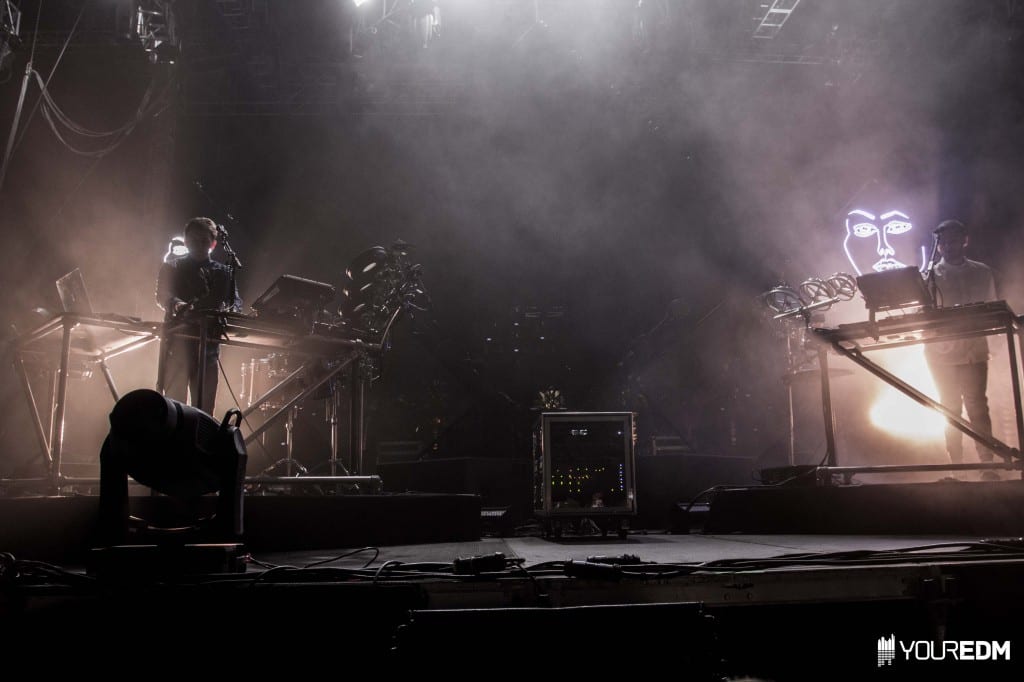 Finally, we come to our last and perhaps most cherished exceptional performance of the weekend, Disclosure. I asked a festival goer to describe Disclosure in one sentence and they said, “Oh my God.” My thoughts exactly. After seeing their performance Sunday night I could not agree more. These guys are something special. Hailing from the UK, these two brothers have exploded into the scene fairly recently with their hits “White Noise“, “Latch“, and “F For You” rocketing up the charts in no time. Their music is a combination of UK Garage, R&B, and original House music. It’s fresh, new ,and easily accessible, even to those non EDM fans out there. Their performance was something I’ve never seen before but desperately want to see again. Each had their own of keyboard, guitar, microphone, and MIDI drums alongside laptops running god knows what, with an open space towards the front of the stage for their their vocalists. Mary J Blige even came out to do F For You, it was great. Disclosure’s entire performance was a constant source of feel good dancing music that warmed you up down to your soul. We were amazed, and are eagerly looking forward to what 2014 has in store for these two. Go see Disclosure. Don’t ask questions, just go. 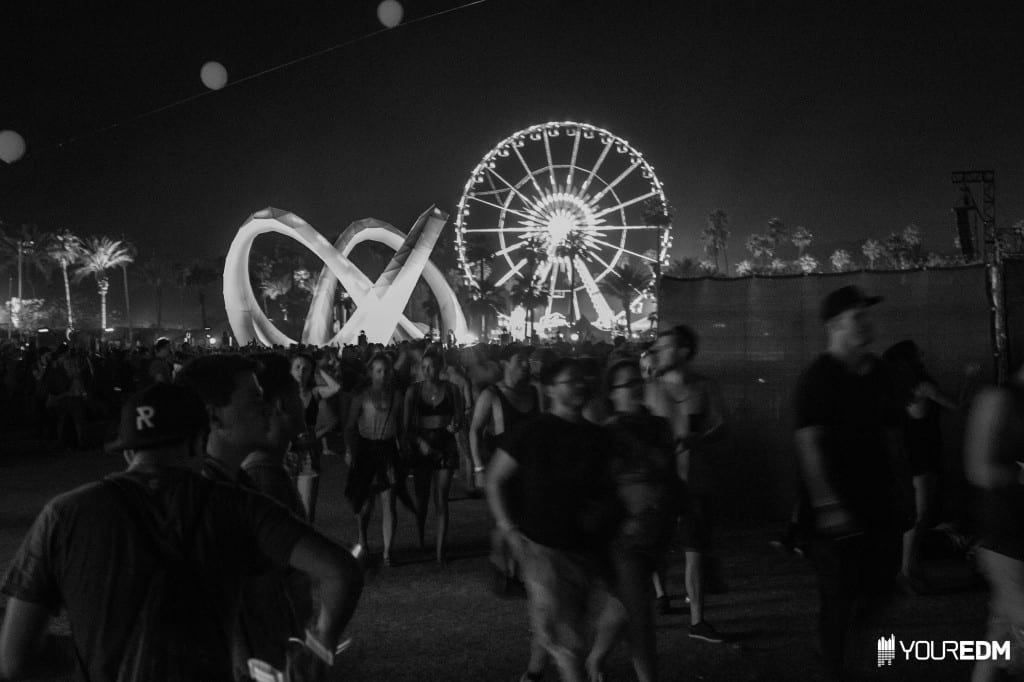 Coachella 2014 was in the words of a festival patron “a surreal and amazing experience for the soul.” The art, the people, the music, the environment, everything was on point. We’ve heard a lot recently about how music festivals are devolving into an excuse to take drugs and do obscene things you would never do anywhere else, and honestly we were prepared for some ratchetry. Even though I’m sure there was some less than reputable behavior at this festival, (as there is bound to be) all we saw were the beautiful smiling faces of people coming together over the music they love. Coachella is something every festival lover needs to experience at least once. Even if you go just to see one of your favorite artists, you will come away with so much more. Just don’t forget your sunscreen.

Special honorable mentions and thanks go out to Skrillex, Duck Sauce, Arcade Fire, Flosstradamus, Pharrell Williams, Nas, The Lucent Dossier Experience, everyone at the Yuma & Heineken tents, our fantastic friends at The Do Lab & The Confluence, the amazing Coachella staff, and all the wonderful festival people we met along the way. We can’t wait to see you all again in Indio next year!

Check out our Facebook for our complete Coachella Collection.

Teens React to DJ Snake & Lil Jon's "Turn Down For What"