Oh how sweet it is, KANDY Signs to Circle Talent Agency

by Ben Jacobs
in EDM News

Roaming the jungle music scene is new and upcoming artist KANDY. He gives us an exclusive look on his ascent to recognition as the young, New York-based DJ/producer shares his story for the first time: from his couch surfing days, to gaining support from some of the biggest names in dance music, to landing his booking agent at Circle Talent Agency. 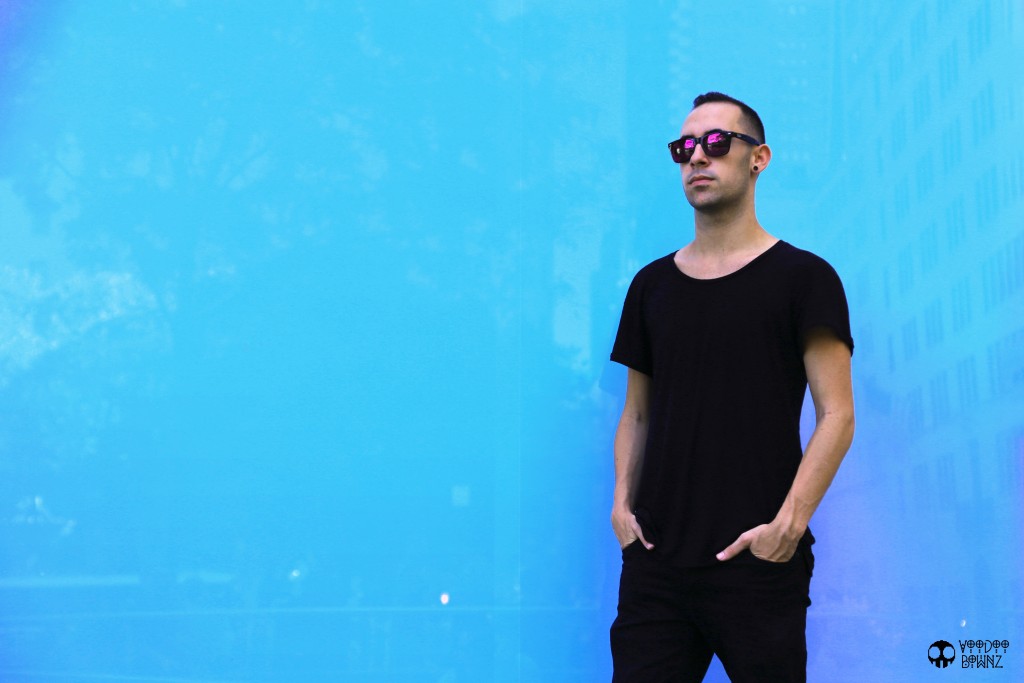 “My first love was 90’s R&B/hip-hop. I get a lot of my sound from there still, but when I discovered the electronic music scene I fell in love with it, everything about it. I was a strong believer in PLUR, I spent most of my time making kandi when I wasn’t producing, and I don’t know how my parents let me out of the house looking like that.

At Terminal Five in 2011, I was watching Laidback Luke and something clicked; he was my inspiration to start producing. His style was unique, heavy Dutch house was in it’s prime, and he was responding to every fan on Twitter, including me. Luke has explained that when he was coming up, he would send his music to artists, they would brush him off and didn’t give him a chance, but he didn’t want to be that way. 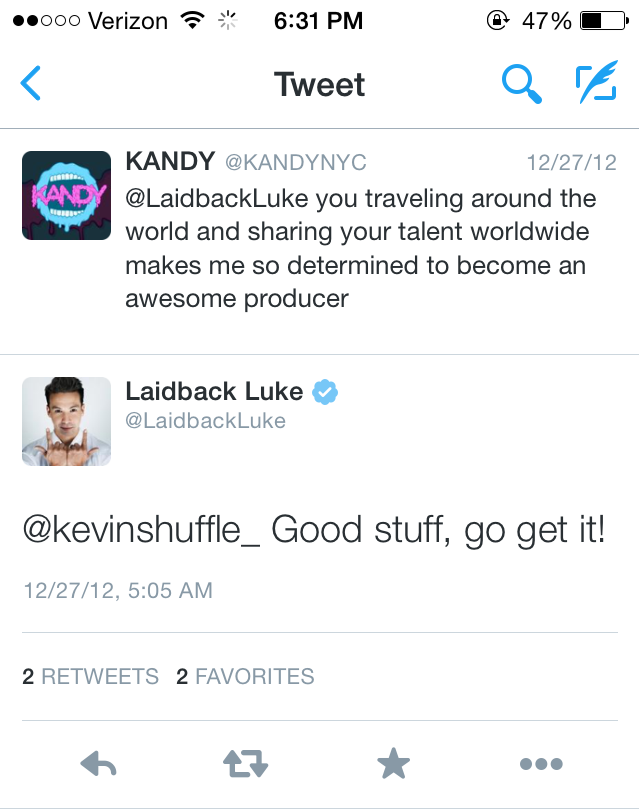 I started making music: First by learning FL Studio though YouTube tutorials, taking courses from the School of Audio Engineering and then learnt chord progression with piano lessons. Creativity runs in my family, my grandmother studied at Julliard’s, dad was a heavy metal singer, my brother plays guitar, my uncle is a pianist… I was a computer nerd; when I found it, electronic music was my niche”.

“I stopped school and work, I was making music full-time on a broken down piece of a laptop in my aunt’s basement. I moved four times but the music always came with me. I would lock myself in my room for hours, working on tracks and discovering my sound. I lost friends, my family thought I was crazy, they still think I’m crazy but they are very supportive.

Next was getting my music out there: I used to bust my ass selling tickets to earn time slots at venues, it didn’t matter what the time was. I was going to shows to support other artists, making friends with them and getting my name out. All the people I was making friends with then, I’m now collaborating with or working with in one form or another, Moska with Laidback Luke, GTA… it’s truly a blessing.

I sent my track ‘Abnormaal’ to Benzi from TWRK to use on their label, but they told me Mad Decent had noticed it and wanted to sign it. When the track was released on Mad Decent I got unbelievable support from artists like Axwell, David Guetta, Hardwell. I’m so grateful.”

“I did official remixes for Iconapop, Snoop Dogg, and Tommie Sunshine, followed by my release of ‘Jungle Freaks’ and ‘Rumbla’. Those two tracks gained support from everyone and their mother, including David Guetta and Kaskade who both played ‘Jungle Freaks’ at this year’s Tomorrow World main stage.”

With any great ‘come up’ story there is a defining career moment. Recently, KANDY and his team (After Dark Management) signed with their booking agent, Ben Hogan, from Circle Talent Agency. Ben’s job is to bring KANDY to your city, booking him for events, shows and festivals.

Ben said of the signing, “As an agent, I always focus first on the music and the team surrounding the act. In this particular circumstance, there is a perfect storm brewing where huge music is backed by a stellar team. 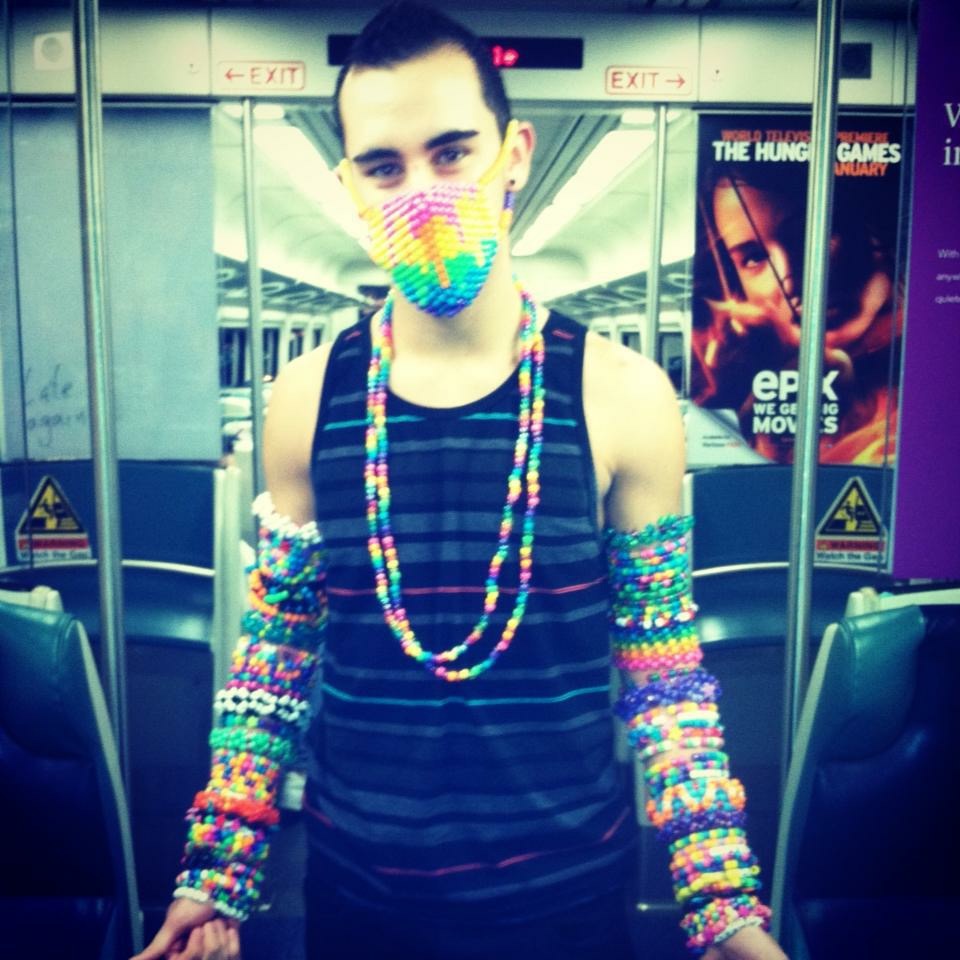 The future is very bright for KANDY and I am excited to have him on my team. The music is forward thinking and the production quality is excellent. When coupled with major support from headliners and opinion leaders at this early stage, my choice was very easy and there’s definitely tons of momentum off the bat moving into 2016.  We see very big things for the project.”

As KANDY looks back on his journey so far, “It took me four years to get where I am now. I’ve still got a lot to learn. It’s all about the passion and hard work, it sounds cliché but if you’re in your room for eight hours a day making music, it’s inevitable. My passion is the drive through it all.”