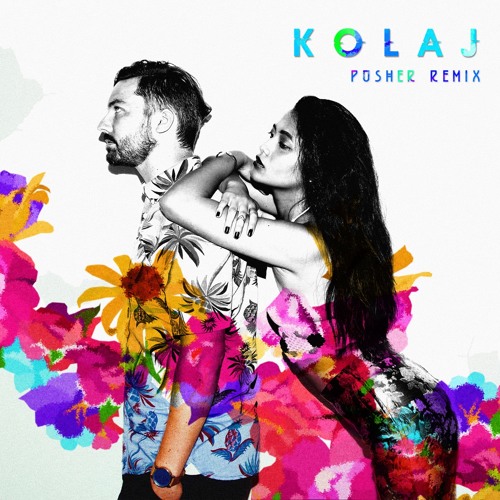 As recently as July, I had no idea who Kolaj were. But then they released “The Touch” and everything changed. Fast forward a few months and they’ve finished a track with Kaskade for his album, and recently announced a huge remix EP of nine tracks for their hit single.

With nine different interpretations of one single track, you know for a fact there’s going to be a great variance which is exactly what we’ve got.

Officially, the lead remix is Toronto native Pusher’s flip. Pusher is known for his use of bright, shiny, almost “neon” elements in his production, and that’s fully reflected in his remix which premiered earlier last week on Anna Lunoe’s Beats 1 Radio Show. Snag yourself a copy here!

Future house fans will be particularly enamored with DeBoer’s remix, which incorporates a lot of the young producer’s love of rock music into the future house drops, complete with piano synths to complement Kolaj’s electric guitars. Free DL here!

Other standouts include a progressive house version by You&Me, a funky deep house take by BLAJK, and a grandiose display of bass production by Kid.

All the tracks are available for free download at each individual SoundCloud link. So, stream the full EP below via SoundCloud playlist, and be sure to visit your favorite’s for the download!