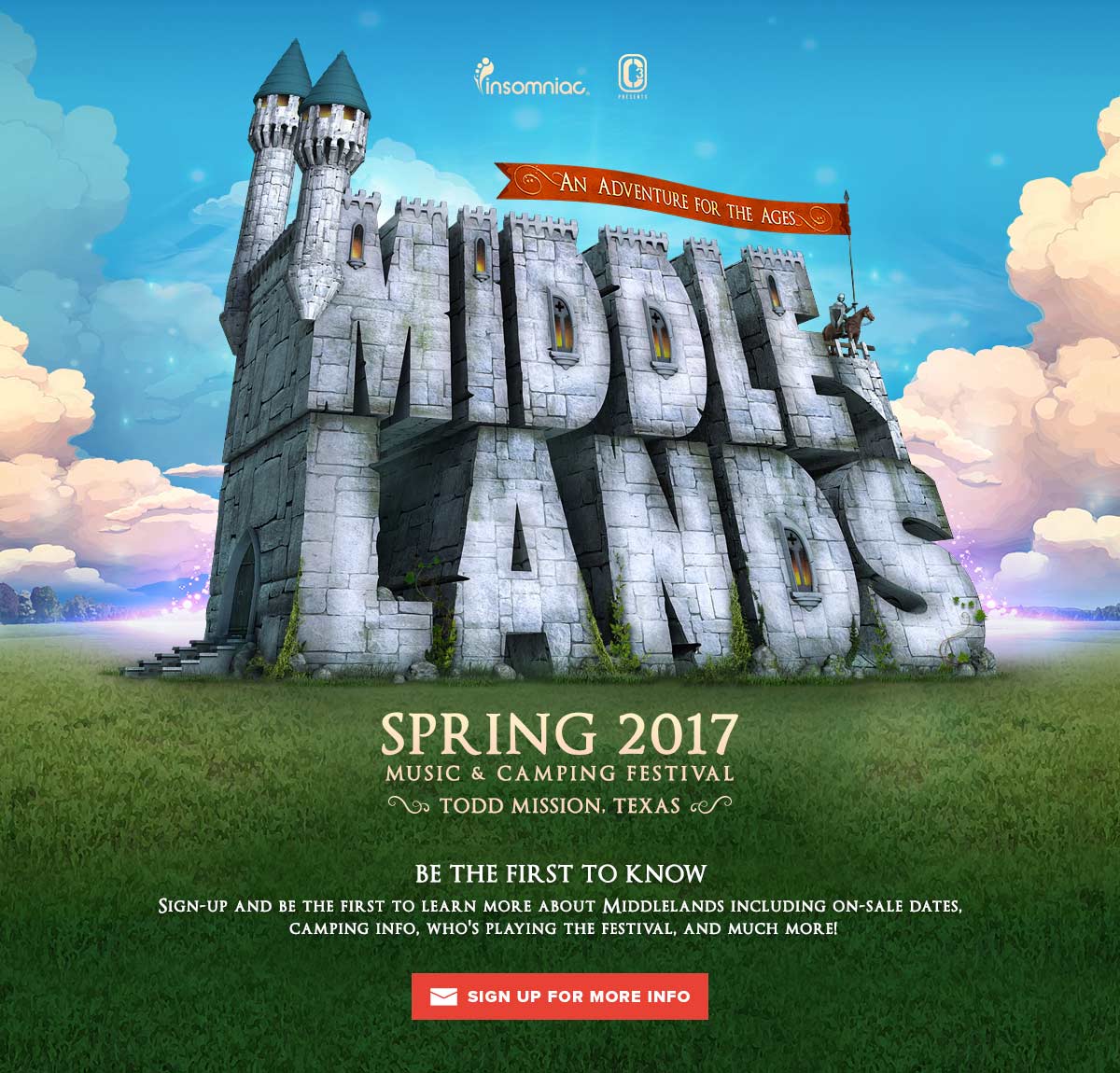 Check Out The Teaser for Insomniac’s Brand New Middlelands Festival

Last month, Insomniac Events announced that they were teaming up with fellow promoters C3 Presents to take over Texas with a brand new camping festival set to take place next Spring in Todd Mission, Texas.

Now, they’ve revealed a brilliant aerial 20-second clip of the festival campgrounds, and just like we thought, the festival is indeed medieval themed! With four days of camping and three days of music, activities, and more, Middlelands could turn out to be one of the best festivals of 2017. Both Insomniac and C3 have a strong record of putting on incredible festivals, so I certainly wouldn’t bet against this being anything less than magical.

Join the official email list at their website here to be the first one to find out when the lineup is finally revealed!