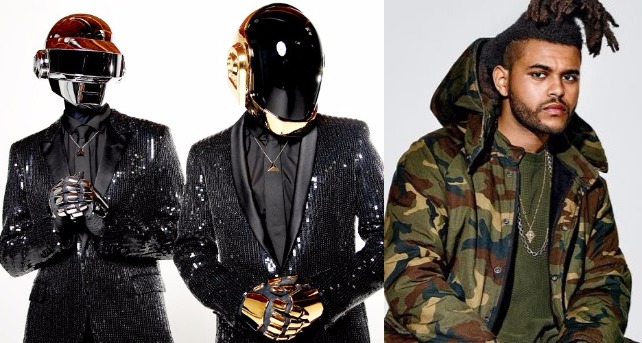 Back in September, I described The Weeknd and Daft Punk‘s single “Starboy” as a collaboration we didn’t deserve. I said that the return of the French duo after years of silence should have been a more momentous occasion and less focused on The Weeknd’s new, pop-oriented direction. Now that the gang’s second collaboration has emerged via Spotify and Apple Music, however, I’ve found myself less bothered by the partnership and more interested in the musical approach they’ve concocted.

“I Feel It Coming” was released yesterday, representing a more genuine and – for lack of a better term – Daft Punk-esque backbone than “Starboy.” The emotional tone is dreamy and anthemic, with an arrangement that maintains a consistent vibe without swelling too high or dipping too low – more than anything else, it’s garnered comparisons to the king of pop, Michael Jackson. Featuring a warm, funky bassline and Daft Punk’s iconic vocaloid harmonies, the track reminds me more of Random Access Memories than anything else. The gentle guitar plucks and overlapping chorus still make the song “radio ready,” but less because of its safe structure and more for its solid songwriting.

Alongside the release “I Feel It Coming” came The Weeknd’s “Party Monster,” another track off of his upcoming album, though it does not feature Daft Punk. This song comes as a much more nostalgic retracing back to The Weeknd’s roots. A steady and dark R&B/trap hybrid rhythm characterizes the gentle but deadly vocals above, and the lyrics themselves sound like something that could have come from House of Balloons.

Hearing these two tracks has put my mind at more ease since “Starboy” first emerged. When I once believed The Weeknd’s upcoming album would be a completely pop-saturated collection, I can now see the diversity and depth that many of his most dedicated fans have come to expect. With less than a week to go until the full album drops, these two new singles will surely be able to tide us over.