Another year, another Wobbleland – but boy, this one is a doozie.

The phase 1 lineup includes a headliner who has blown up since she performed 10 months ago – of course, we’re talking about none other than Rezz. Joining her will be Barely Alive b2b Virtual Riot, Crankdat, Feed Me, Kai Wachi, Minnesota, Midnight Tyrannosaurus, Rickyxsan, Trampa, and Whipped Cream, along with some of our favorite riddim acts as support. (Oolacile taking the main stage this year after being in the “VIP room” last year is a much needed upgrade.)

Expect to see Phase 2 in a few weeks!

The event is going down Feb 23-24 in San Francisco at the Bill Graham Civic Auditorium. Tickets are on sale now. 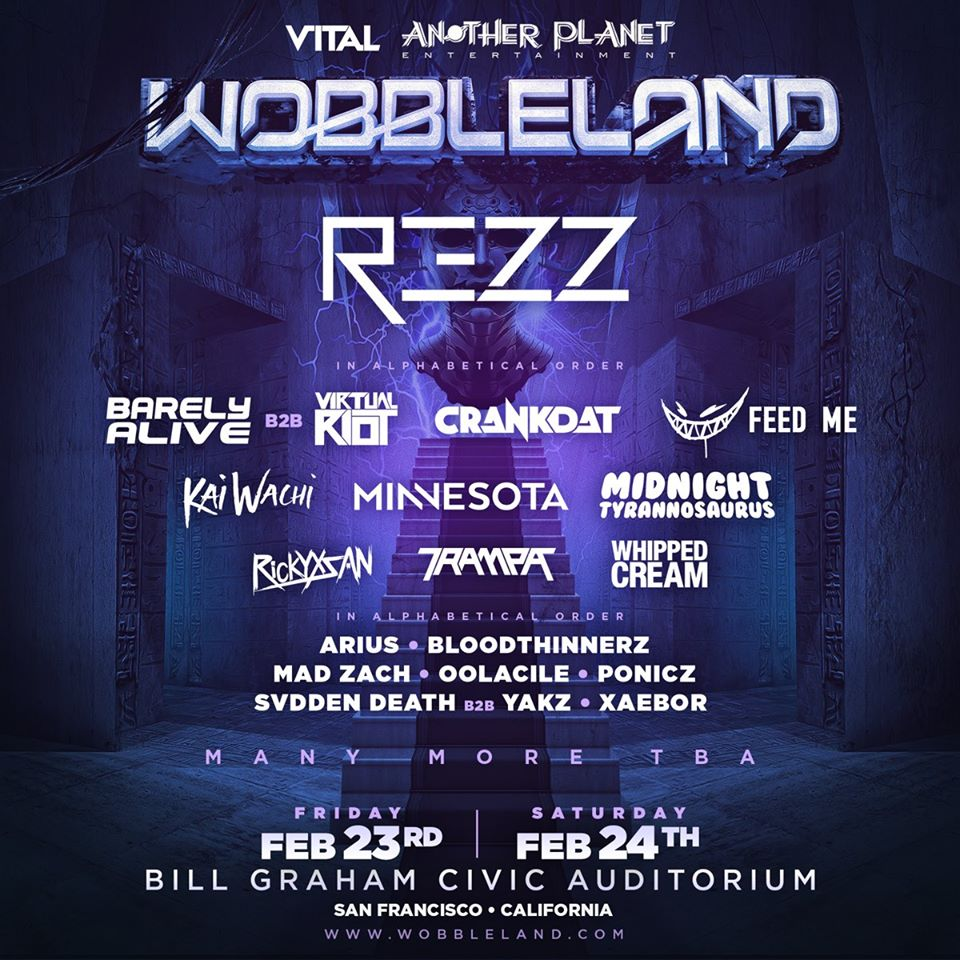 Venon “Hollywood” Brings The Stars Out