Barclay Crenshaw had a vision with his brand beyond his musical productions. From curating his own record label with familial style to creating a music festival experience unlike any other, Crenshaw (better known as Claude VonStroke) has forged his own slice of electronic music and drawn fans more loyal to everything he conjures up than a German Shepherd is to their owner. It was no surprise that Crenshaw would continue to expand his brand’s presence and sound in the American electronic music scene with the newest stop for his acclaimed camping music festival that kicked off in the west coast nearly three years ago. When Dirtybird Campout East Coast was announced, it quickly became one of the must-go destinations for any variety of raver and this is the story of how its debut took some hits, but triumphed without a scratch.

I had not arrived until Friday, but the Thursday night before kicked off with a pre-party starring Seth Troxler. But by the time I had made it to Forever Florida’s camping grounds, it was evident that something was off. It turned out that a series of noise complaints from the night before led to the closure of the gates of Dirtybird Campout East Coast as well as having their permit to hold the festival revoked. The gate closure lasted for about an hour before readmitting festival guests into the venue while event organizers and lawyers took on the immense task of bringing the party back. 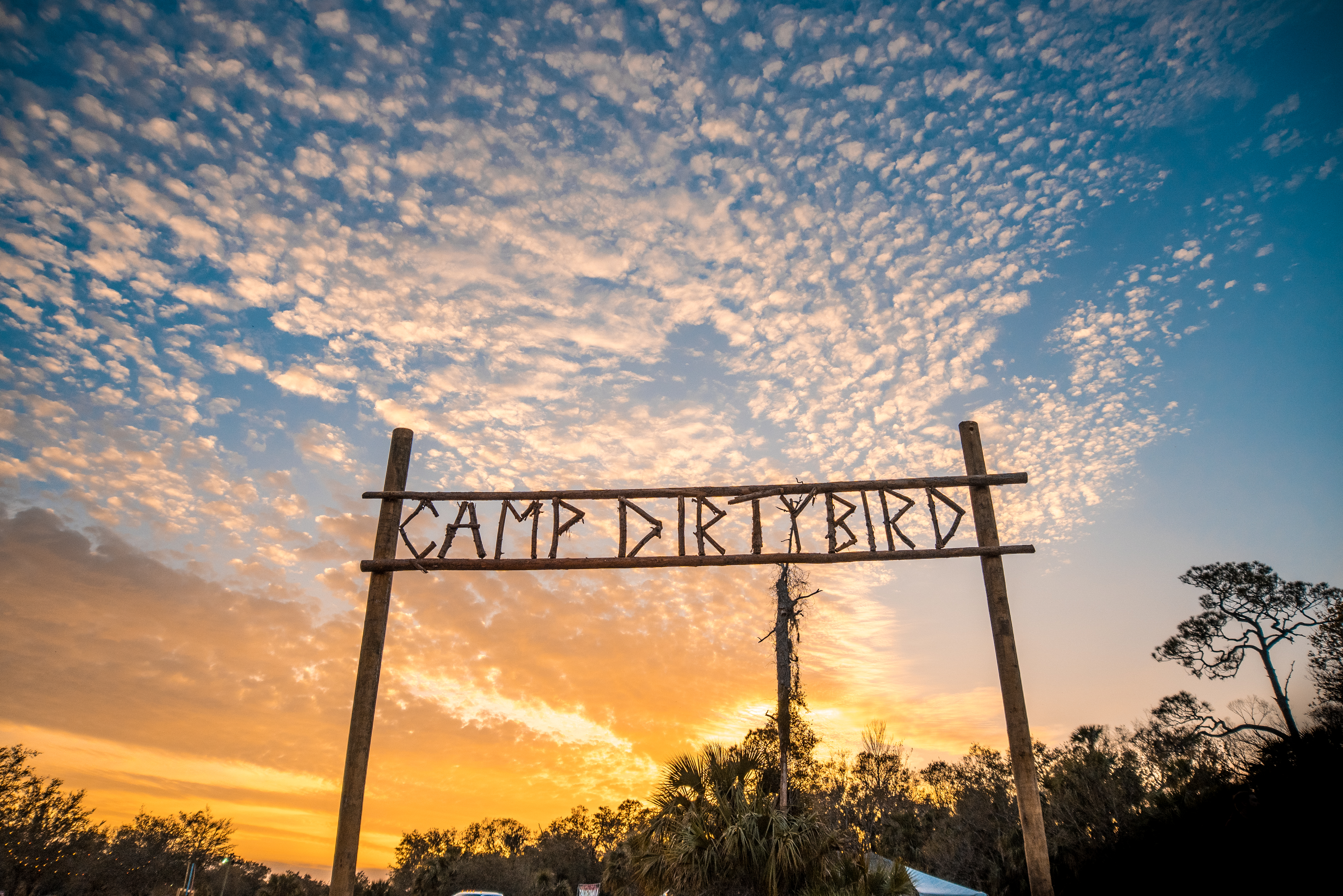 Despite Friday’s performances being cut short, plenty of fans brought their controllers, CDJs, speakers, subwoofers, and lighting equipment to host multiple renegade parties throughout the camp grounds. For example, the Dark Shades imprint had performances from TechNeekz and Bad Ginger lodged between four RVs and packed shufflers like a tailgate replacing a football game with an all-night rave.

Meanwhile, Crenshaw and his team had finally taken care of any disputes over decibel levels after several phone calls were made high and low. During a meeting with Crenshaw and the Campout’s staff, everyone from Pitbull to U.S. Senator Marco Rubio were apart of Dirtybird’s resources utilized to resurrect what a handful of noise complaints were attempting to bury until the signals to proceed were met with blissful confirmation. From working with Osceola County officials as well as Congressman Darren Soto and State Senator Victor Torres, camper’s were as delighted as the staff to get the show back onboard. Dirtybird’s lawyer Leslie Zigel delivered this statement about the process of getting the permit back and reviving the Campout:

“At the 11th hour, Dirtybird Campout East reached out to Leslie Jose Zigel who together with his partner Joe Geller of Greenspoon Marder persuaded [Osceola] County officials to agree to a compromise in reducing the hours and decibel level of the music to allow the festival to go on, while being sensitive to the local community noise complaints.”

With everything back on schedule on Saturday (after new set times were promptly printed and distributed), fans left their tents and RVs to party with the weekend’s first artists like Christian Martin, DJ Tennis, and Lee K performing at the main stage known as the Birdhouse. After getting my fix of some of the best in house music, I skedaddled over to the Bass Lodge stage where I discovered and fell enamored with the Sage Armstrong who played many of his latest collaborations with BOT and massive tunes like “Quest to the West” and “Sawce Drippin.” 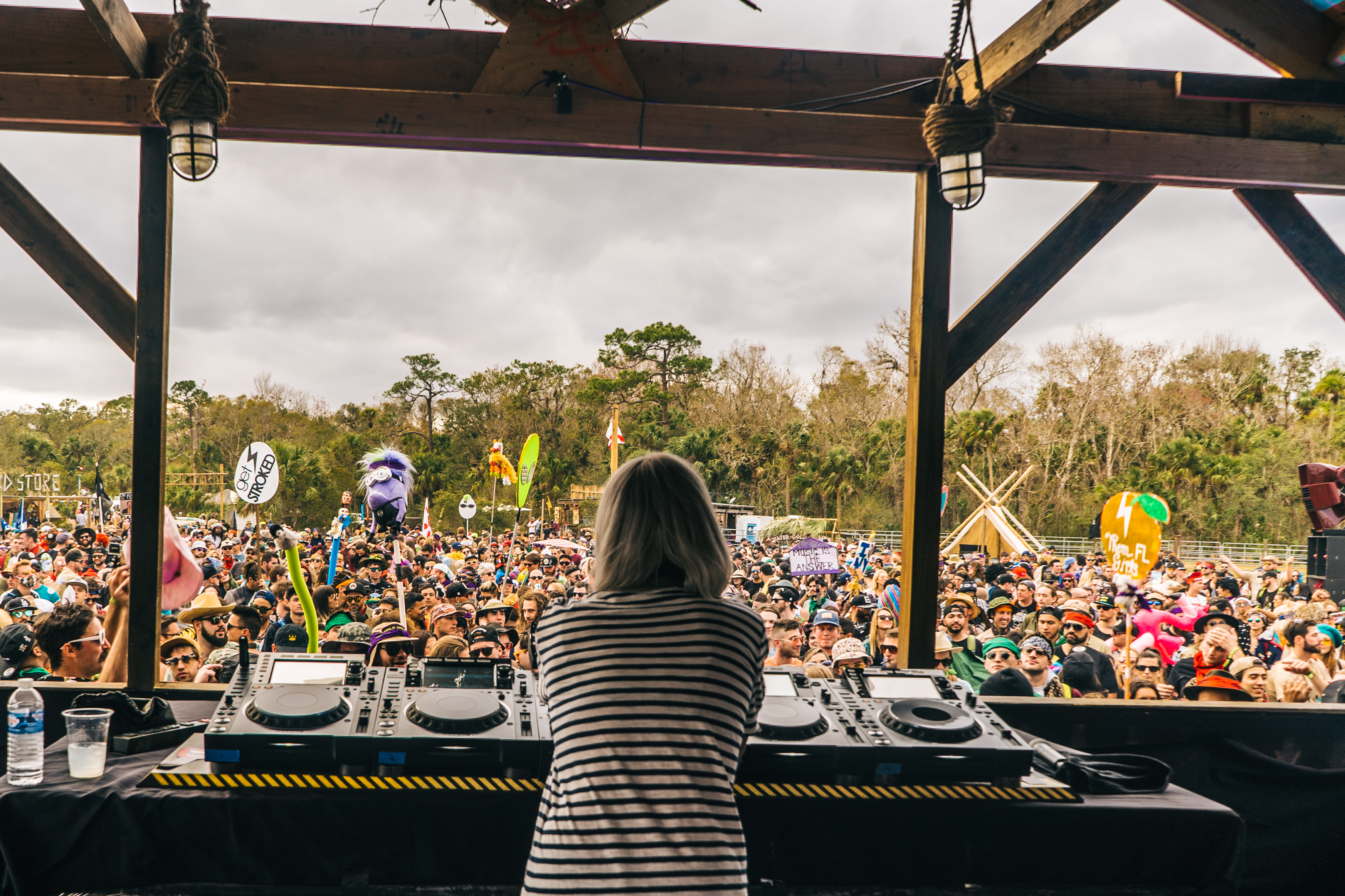 From here, I was hopping back and forth between the Birdhouse and Bass Lodge to catch gripping DJ sets from drum and bass legends Ivy Lab to Dirtybird favorites like Fisher. There was even a genre-bending, back-to-back set between Mija and Ryan Forever that deserves a significant amount of praise for its tenacity and groove. In between the music, guests were recapturing their summer camp youth through relay races, archery, canoeing, and more while earning patches for their athletic and witty ability. Saturday concluded with evening appearances from solo DJ sets from MK, Will Clarke, and Pearson Sound to collaborative performances from Billy Kenny, BOT, and Maximono at the Bass Lodge and Claude VonStroke with Walker & Royce at the Birdhouse.

Despite the renegade parties bringing funk to the swampy Florida topography, Sven Lochenhoer was performing at the main stage by 7 in the morning making Super Bowl Sunday the longest festival day it could be. House acts like Dateless and Danny Kolk followed suit while the Bass Lodge opened with a special set from Justin Martin going back-to-back with one of Crenshaw’s long lost aliases known as DJ Tree. Bass heavy performances from the likes of EPROM, tranquil sounds from the like of Justin Jay groovy sets from the likes of Bruno Furlan were the musical moods that fans shuffling on the dance floor or competing by the soccer field could hear all day long. Although the Crenshaw and Craze closed the Bass Lodge, the musical wonders of Dirtybird Campout East Coast officially ended with the massive “Family Set” that brought out all the aforementioned artists and more including Ardalan, DJ Glen, and closing with the one and only Claude VonStroke.

As I was charging my phone at the wooden, outdoor bar known as the “Superb Owl,” the Super Bowl was up on massive flat screen televisions with the Philadelphia Eagles holding their own and defeating the New England Patriots. Out of the marshy darkness, Crenshaw came up behind the crowd and asked, “The Super Bowl is still going on?” It was at this point that I knew that this is one of the top three most ridiculous weekends I could ever talk about and I hope I can be apart of it all over again next year and every year from here on out. Despite a messy launch, Dirtybird Campout East Coast was a formidable event that stuck the landing while chaos and failure appeared to loom around it. But, in the end, the Campout was a resounding success and will become a successful addition to Dirtybird’s growing music festival presence. 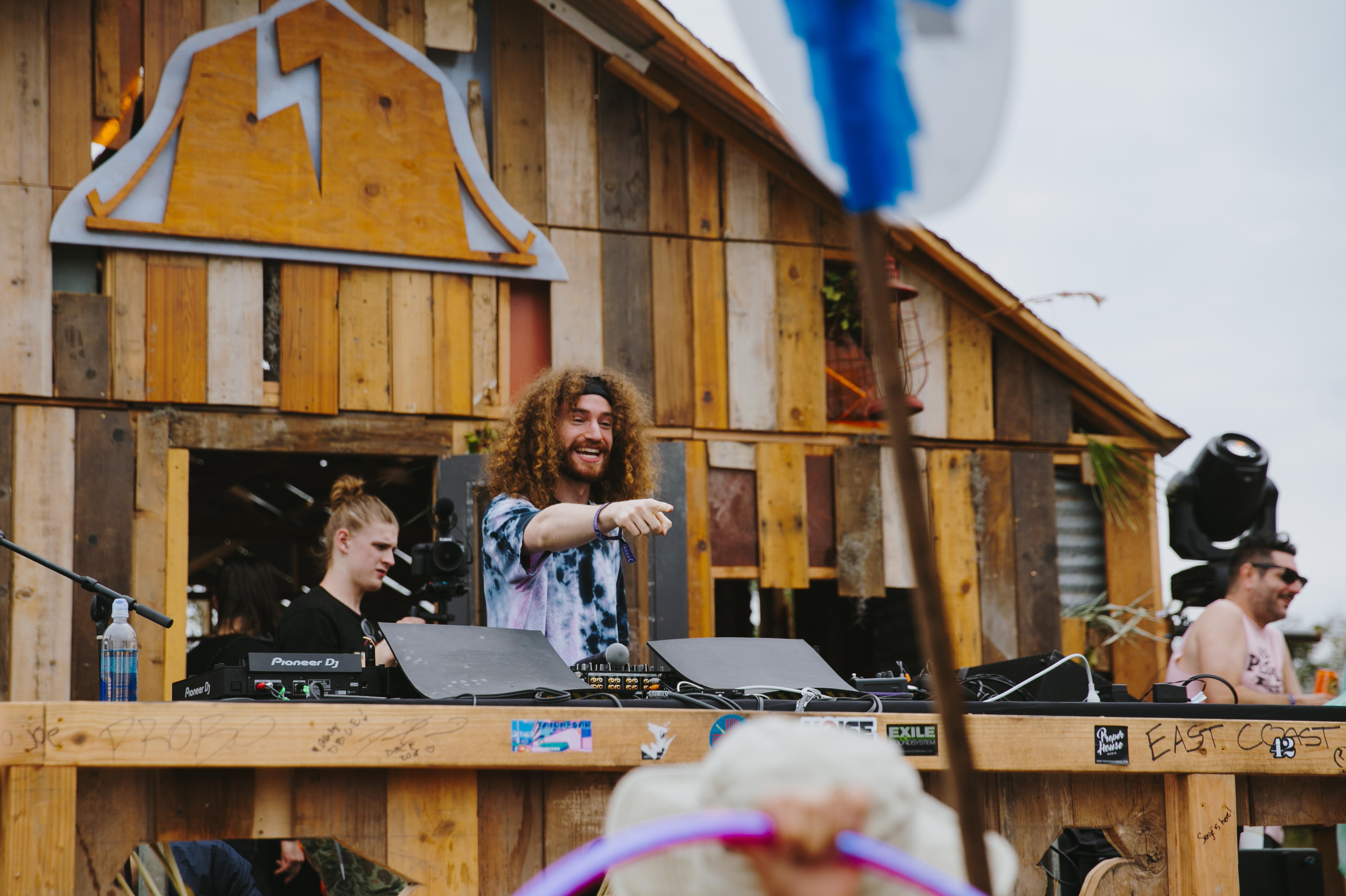