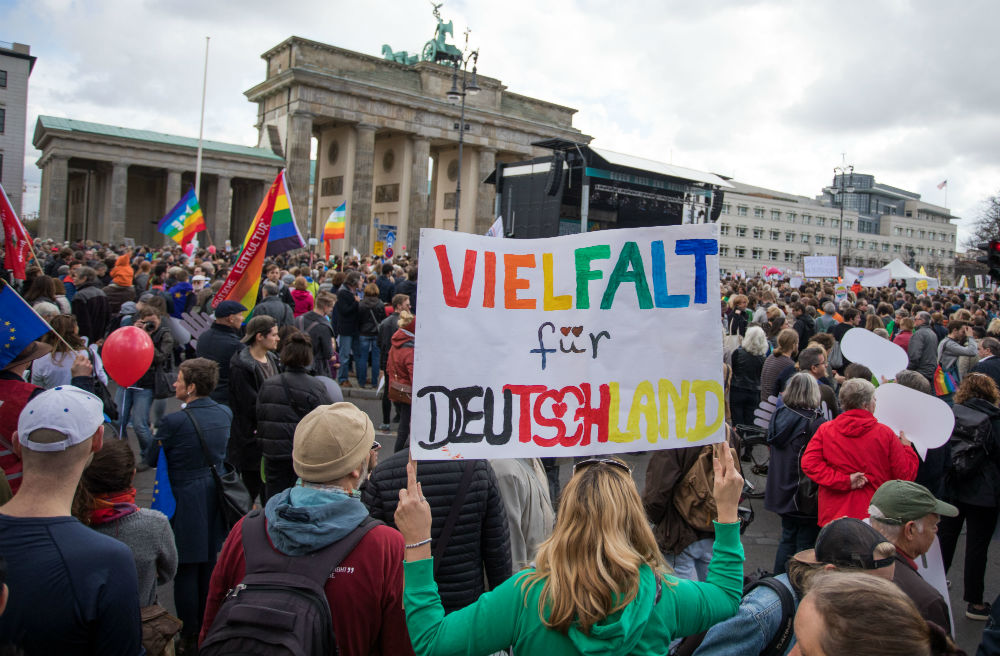 Protesters against the AfD, 2017. Image via DPA

Well this is fucking amazing… Techno music literally “drowned out” a far-right protest in Berlin over the weekend, as music lovers gathered in Leipziger square by the thousands to protest the protest.

The anti-immigrant and anti-Islam gathering known as the AfD party was basically overpowered by Berlin’s local scene and all the speakers from the surrounding clubs. And we totally wish we could have been there to watch it all go down.

In a joint statement, the “techno troupe” said: “The Berlin club culture is everything that Nazis are not… We are progressive, queer, feminist, anti-racist, inclusive, colourful and we have unicorns.”

Love is love. Techno music is love. And, sometimes that music is much louder than hate — and it’s a beautiful thing.