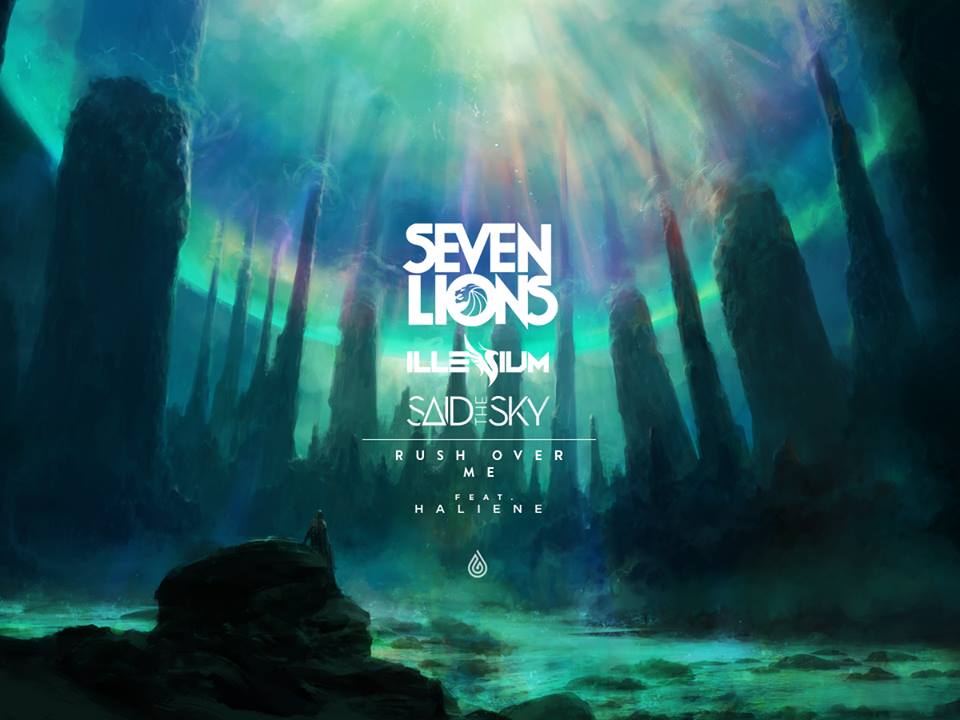 It’s starting to get close to the end of the year, but that doesn’t mean that artists are slowing down. As the end of the year approaches and festival season comes to a close, many IDs are starting to surface online, much to our excitement. One track that has been anxiously anticipated has been the hailed collab between the three melodic frontrunners that are known as Seven Lions, Said the Sky and Illenium. Joining forces for an emotional swell of sound and melody, their epic collab “Rush Over Me” finally hits the web today and it’s not a song to be passed over.

Welcoming the prolific vocals of Haliene, “Rush Over Me” is a blissful blend of familiar melodic dubstep with a refreshing taste of contemporary future that will have you in a vortex of emotions for over four minutes. Combining Illenium’s signature percussion lines that remind you of a full school marching band, to Seven Lions’ atmospheric synths, not to mention Said the Sky’s masterful skill behind a piano and Haliene’s infectious voice, their latest single is bound to crash into you like a tsunami of feels that will have you swaying uncontrollably to the beat.

While the song is brand new, it’s not a far leap to assume that this track will be hitting the live circuits very quickly, with melodic and future fans of all kinds jumping on the bandwagon to bring a blissful climax to their already invigorating sets.

Don’t sleep on this one, and make sure you’re the first to take a listen and snag it here!