Well skeptics can now stop talking, all those who didn’t believe the French duo of Daft Punk would take the stage at The Grammys were wrong. For the first few moments, there was a fleeting thought that it might have been a PR stunt or something, just because of the fact that the only ones on stage were Pharrell, Stevie Wonder, and Nile Rodgers. That fleeting thought didn’t last long. The backdrop opened and there stood Daft Punk. As soon as they broke into the mixing, the entire stadium was on their feet dancing. Stevie Wonder even took some of the lines in Get Lucky. Honestly, I don’t think one person in attendance or watching at home would’ve minded if they postponed the Grammys for them to perform longer. What a truly incredible performance if it weren’t for Kendrick Lamar and Imagine Dragons’ performance of M.A.A.D. City/Radioactive, Daft Punk would’ve taken best performance of the Grammys.

UPDATE: Here’s the video of the performance! 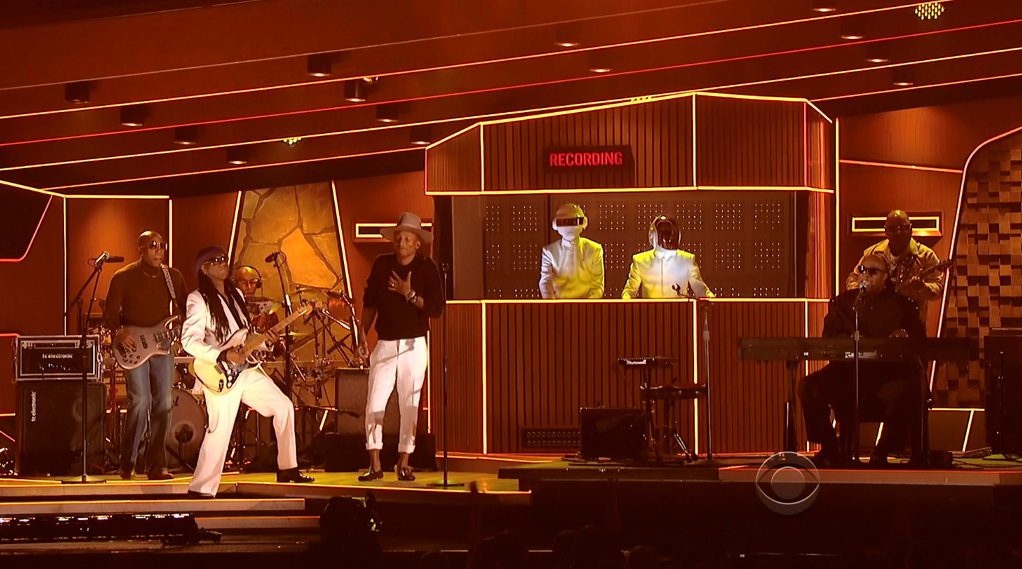