Aside from running one of the nations top event promoters, HARD Presents, Gary Richards produces and DJs on his own as Destructo. His artist alias has seen a lot of variation in styles across the years, but lately, it seems that he’s settling nicely into the G House movement.

One of his latest tracks, “Nobody Else,” was recently remixed by Sharam Jey.

You can catch both Destructo and Sharam Jey at HARD Summer this weekend, but in the case that you missed out on getting tickets, Destructo has announced his fall tour ‘Pineapple Express’ and it should be pretty awesome. Check out the dates below! Pick up tickets here. 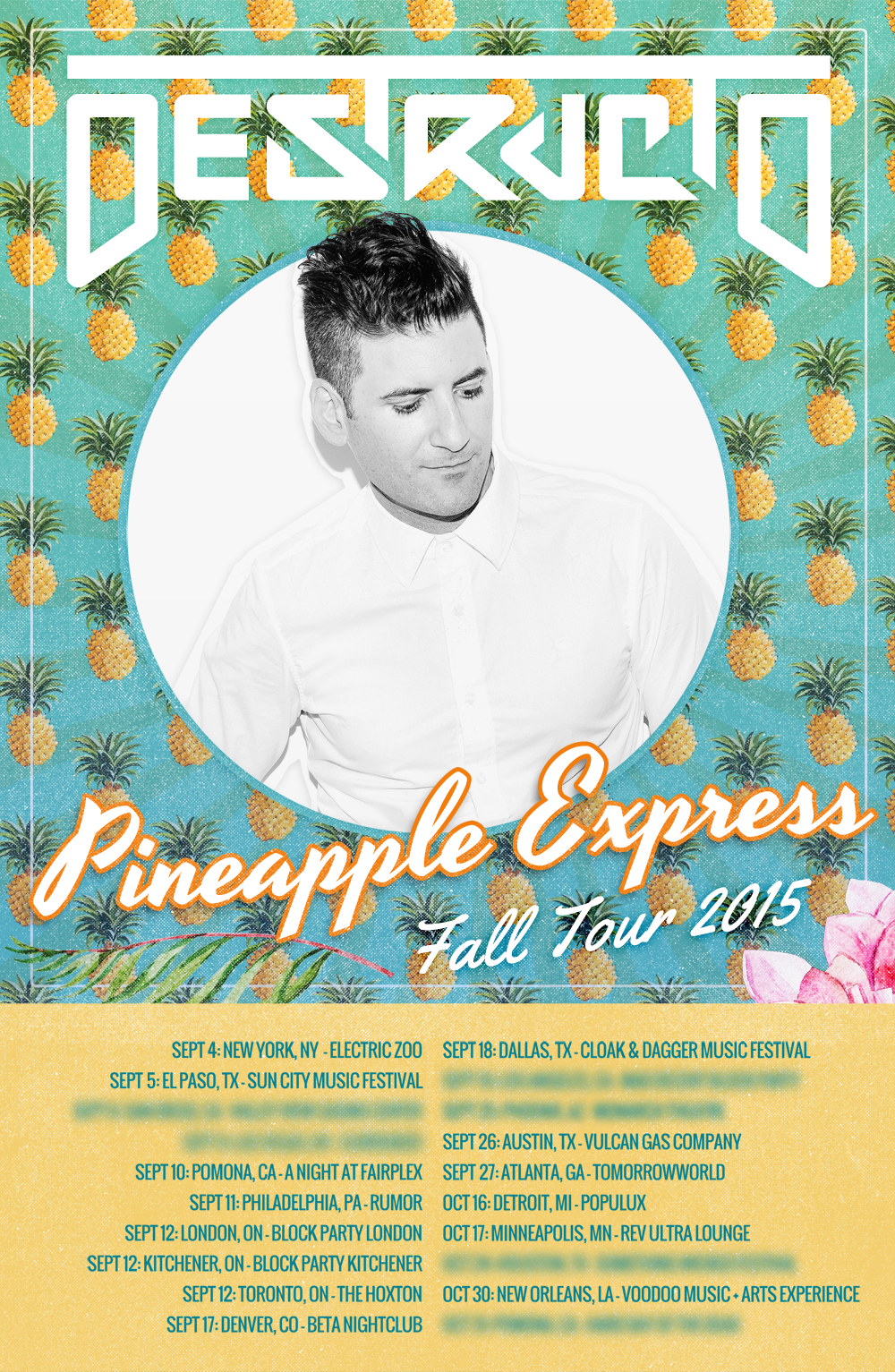