Spotify has released their end-of-year streaming results, and the numbers surrounding Dillon Francis are wild. More than 23 million fans from around the world streamed enough of his work to fill the better part of a millennium… Yeah, insanity confirmed. 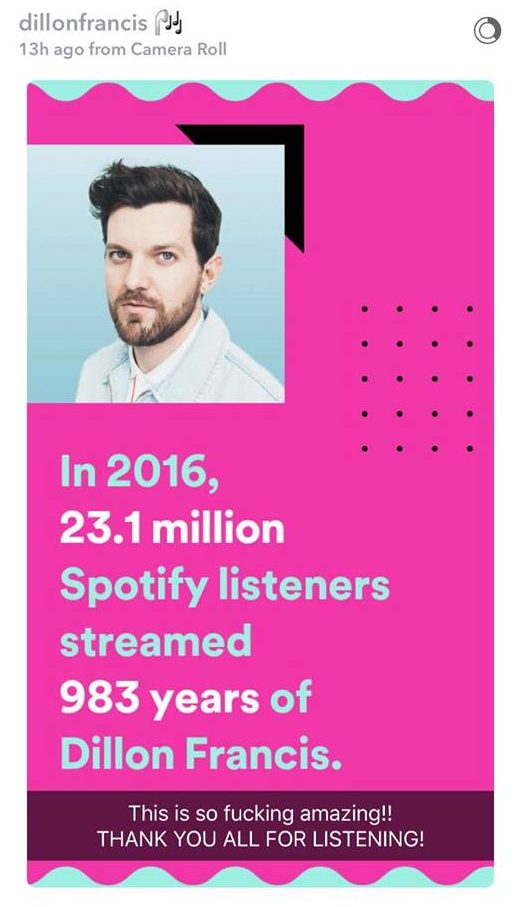 Let’s say the average Dillon Francis production is three minutes long. It takes 480 of these songs to fill 24 hours, and 175,200 songs to fill an entire year year. That means that in 2016 alone, Dillon Francis was streamed around 172,221,600 times, and that’s not including all the stage performances and random house parties pumping Dillon Francis into the airwaves. That’s a lot of music floating around the world.

If you haven’t been keeping up with the Dillon, check out his most popular tracks below.