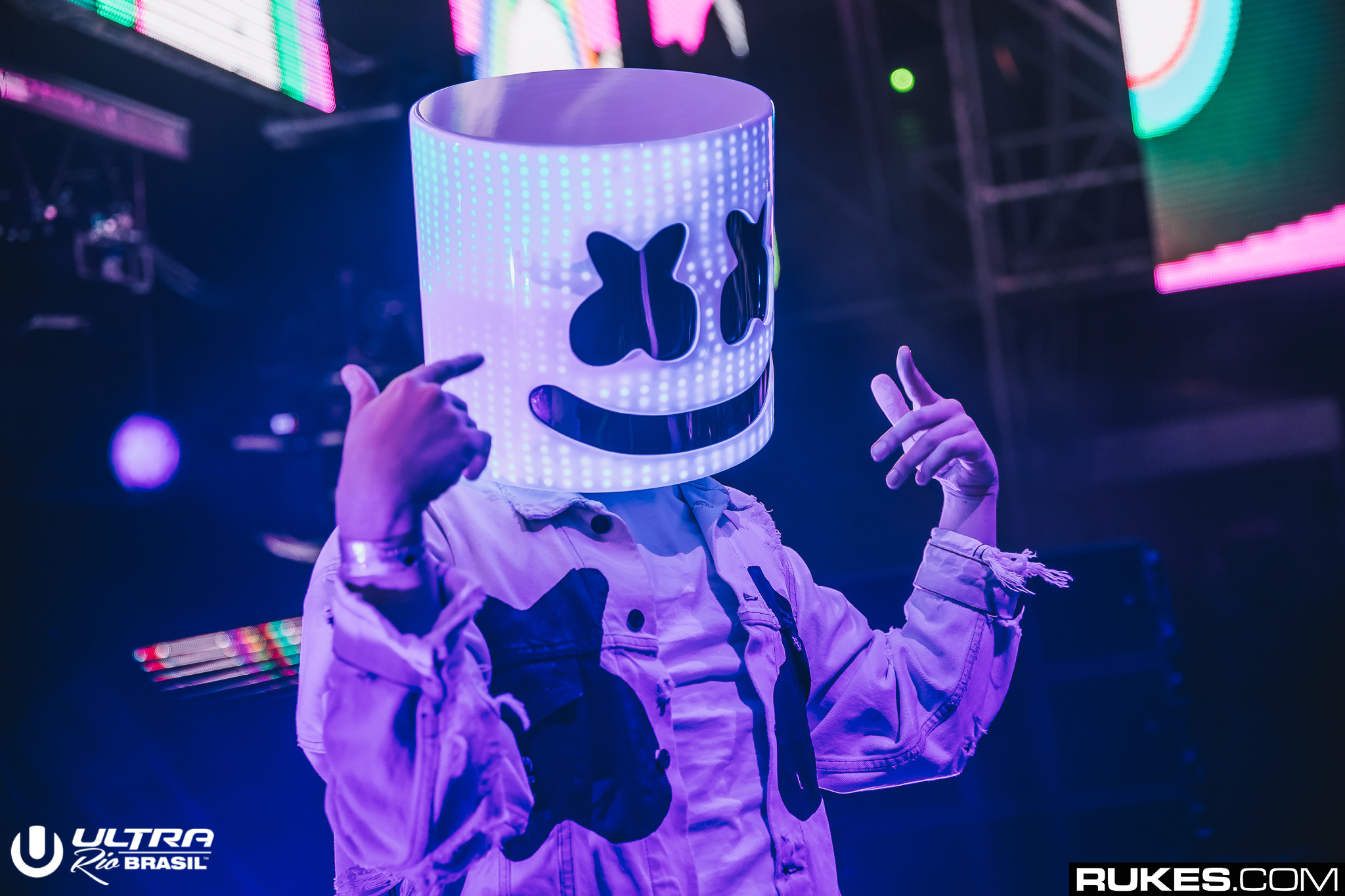 Except for on the mic at shows, Marshmello is notorious for remaining quiet. (Just watch this slightly cringe interview with Radio Disney.) Still, that doesn’t keep him from doing interviews – he just answers the questions to the best of his ability, usually in yes/no form.

Marshmello was walking the red carpet this weekend at the AMAs in a dapper suit (unlike his usual white garb), and ended up into an interview. Through the course of the conversation, he responds only in nods or shakes of the head, or various hand gestures. He does get a couple questions about Selena Gomez:

He also promised to make a collaboration with KPop stars BTS happen by the end of the night, which would make him the fourth such dance music producer to work with them, after The Chainsmokers, Steve Aoki and Zedd.

And then at the end, Marshmello and the interviewer spend way too long trying to get a high five down low just right, a rather unfortunate ending to a pretty standard interview.

Check out the whole thing below!