Police are warning about dangerous homemade pills, marketed as MDMA or ecstasy, that have circulated the Greater Manchester area. According to a report, two people have fallen critically ill from the pills, and one other is in a coma.

These UPS-shaped pills are particularly dangerous because of the “extremely high dose” of a hallucinogenic stimulant, alpha-PVP. The substance has been linked to multiple deaths.

Alpha-PVP, aka flakka, is known to increase blood pressure, heart rate, and cause agitation, hallucination, and even delirium. The warning describes users experiencing “psychosis, distress and severe paranoia.” Alpha-PVP can be fatal, especially when mixed with other drugs.

That’s not all — the substance has potential to cause extremely erratic behavior. Like, “sex with trees” erratic, though we’re sure those stories have been particularly blown out of proportion.

Police describe the pills to be “badly made” and “crumbly.” The homemade pressies are beige in color and are poorly stamped with a UPS logo. They are also described to smell like vomit. Hopefully that’s enough in itself to keep others from taking this drug. 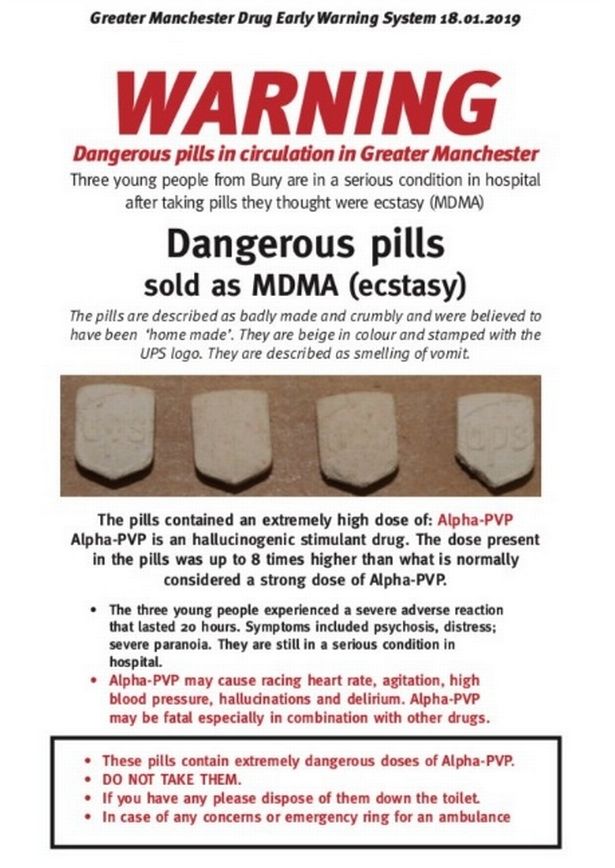