Every year since 2002, with the sole exception of 2006, Tiësto has played Ultra Music Festival in Miami. Only one other DJ can match his number of appearances at the festival, Carl Cox, but it’s tough to say anyone else has had the impact on the legacy of the festival that Tiësto has.

Now, for the first time in 13 years, and only the second time since 2002, Tiësto will not be on the lineup this year. The DJ confirmed he will not appear in the final phase of the festival lineup in the comments on his most recent post on Instagram.

With artists like Flosstradamus, What So Not, and Hardwell on indefinite hiatuses, and Tiësto not playing Ultra for the first time in over a decade, it begs the question whether there will be a changing of the guard soon. Certainly with artists like Subtronics, Kayzo, Fisher, Charlotte de Witte, The Chainsmokers, Marshmello, and Martin Garrix — all very young artists — championing their genres and selling out stadiums (some of them, at least), the tide feels like it’s shifting.

The final phase of the Ultra lineup will be coming soon, ahead of the annual festival on March 20-22 back at its home at Bayfront Park. You can see the current lineup here before set times are announced with the final phase. 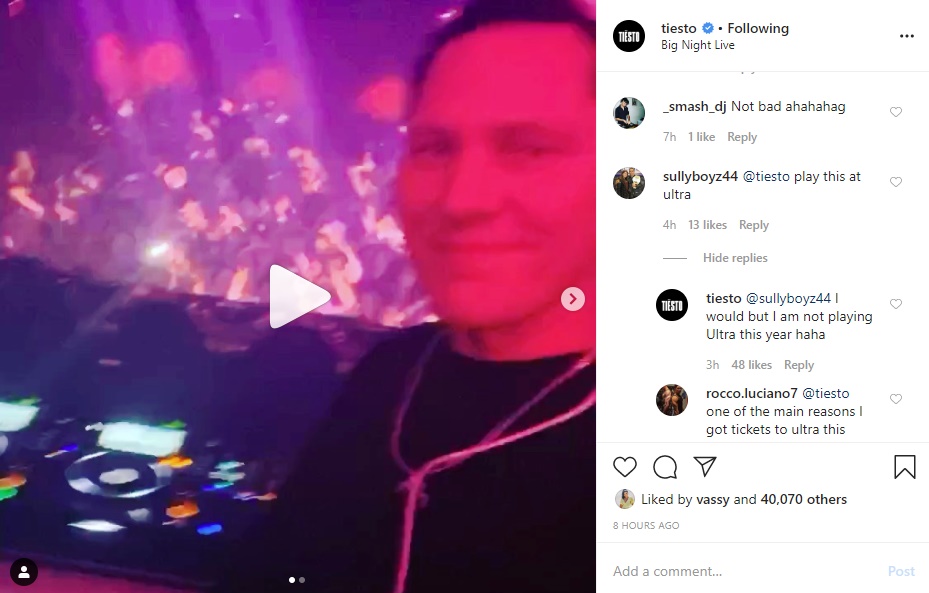