2012 has been the biggest year for Electronic Dance Music as it has finally achieved the well-deserved recognition it has been working towards for years. New artists were discovered, history was made, and Dillon Francis learned karate. I’m Petey McGuire and here’s my take on everything we’ve seen this year!

Firebeatz – This duch duo has set the electro-house world on fire with their fiery drops and ferocious bass. If you don’t know what I’m talking about, just listen to Dear New York. Most importantly, they aren’t redundant, as some acts in this genre tend to be. They have a fresh, bracing sound that is not only innovative but entertaining. Firebeatz has, in the words of Afrojack, rocked the house this year from remixes like Alex Kenji’s Good Time up to their latest track, Disque, as they are steadily becoming one of the staple names in electro-house. A big congratulations to them and I can’t wait to hear what they come up with in the next year! 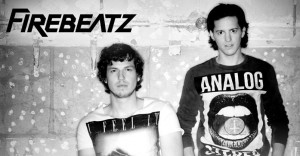 Three tracks you may have missed:

Diplo-Express Yourself (Gent & Jawns Remix) Trap fan or not, this remix was one of the best of the year.  It’s very possible that a duck was even sampled. Definitely keep an eye on them next year.

Rusko-Thunder (Tantrum Desire remix) The original release was stellar, but Tantrum Desire took it to the next level with their roaring dnb remix.

Overall, I would like to personally thank all of you for reading YourEdm this year, my fellow writers and I deeply appreciate your support. Have a safe end of the year and an awesome 2013!