A serious powerhouse in Tech Trance and beyond, Bryan Kearney has established himself as a dominating figure throughout the entire world with his unique style of music. His sets have been considered legendary by some and his unique style of edits, mashups, remixes and original productions have made him a fierce contender within the Trance sphere. His career kick-started in 2006, with his smash hit Exactly with fellow producer John O’Callaghan on Discover Recordings. Since then, he has carefully and meticulously honed in his craft to great detail and seemingly getting more advanced with each and every track he produces.

He has released tracks on many important labels, such as Subculture, Armada, Future Sound Of Egypt and his own personal label, Kearnage. He is noted as an unusual DJ with his fast paced style of track selection and unique mixture of styles to create a full onslaught of energy towards his audience. And his productions are no different. Your EDM was fortunate enough to grab an interview with him before his New York City debut at Club 39 for Limitless Music‘s Divergence series. Down below, Bryan talks shop with his humble beginnings, his future influences/releases, his thoughts on Trance in America and the ever raging debate of BPM defining an artist’s sound. Read on for the full interview.

Hey Bryan, thanks for joining me. You rarely play in America and it is so great that you are showcasing your unique sound overseas. Tell us a little about yourself to those who might not know you.

Hi Andrew, really nice to meet you. I’m a DJ/Producer living in Dublin, Ireland and I specialize in high energy club driven music.

Describe your early musical background. What are some of your past influences, as well as current producers?

To be honest, I have no musical background with regards to learning how to play an instrument or anything like that. Basically, I’ve learned my trade from the dancefloor as a clubber and taken what I think works into the DJ Box. I’ve been clubbing for around 13 years and DJing for around the same. My biggest influences are Mauro Picotto and all of the Italian DJ’s from the BXR era, such as Carl Cox, Paul van Dyk, Chris Liebing, Armin van Buuren, John O’Callaghan, John Askew and many more. Current producers that are really pushing my buttons would be Astrix, Coming Soon, Sneijder, Sonic Sense and loads of others.

How would you describe the ‘Bryan Kearney’ sound?

Fast paced and in your face.

You stated on your Facebook that there would be a lot of Psy influence for 2013 for both your tracks and productions. How are you able to keep that fine line between two completely different genres and how do you think Psy helps in your sets?

To be honest, I’ve always been on the edge with regards to the trance sound. I’m quite open-minded with the music that I play, so I’ve never strictly played one sound over another. Rather, I’ve always liked to mix it up with a variety of styles. Psy is having a massive influence on me at the moment because I am amazed by the level of production in each track and the sense of unexpectedness with each track. You never really know what is going to happen next and I love that in music. It also really works well in clubs when people are caught off guard. Playing the right Psy track at the right time can work wonders for your set as people can start to lose their energy if they are listening to the same type of track for a prolonged amount of time. Psy can catch them off guard and wake them up from their slumber.

You have your first release of 2013 on Perfecto Fluoro Records with The Nettle. I listened to a preview of it and it could cause some serious damage on the dance floor. Tell us a little about it (style/production/inspiration/etc.).

The Nettle is probably one of my favorite tracks that I have made so far and it’s a sound that I’ve been looking for and developing for quite a while. It’s influenced by the old school Goa trance and I wanted to make a track that was interesting musically and that worked well technically. It took me quite a while to get it to the finished stage and I got some great advise along the way from John Askew who made some suggestions to take the track onto the next level. I was delighted to sign it to Perfecto Fluoro and I will definitely be doing more stuff with them this year. [Ed Note: This was played live and everyone went absolutely crazy. Serious damage indeed].

You have traveled around the world with your music. Which country has the greatest crowds and most energy (and why)?

South America is my favorite continent to play in and Argentina is the best place in the world with the most enthusiastic, respectful, open minded and responsive crowds in the world. Every DJ says the same.

For Divergence, you will be playing in New York City for the first time. How do you think this crowd be different than other countries and what do you expect?

I’m excited about playing for the first time and I’ve loaded myself up with a load of new tracks spanning across quite a diverse selection of music. I’ll know within the first 15 minutes of my set what way it will go from how the crowd are responding to what I’m playing. I think the crowd will be quite diverse and also quite clued up on the night. I’m hoping they are anyway 🙂 [Ed Note: He played last Friday, January 26th and SMASHED the place] 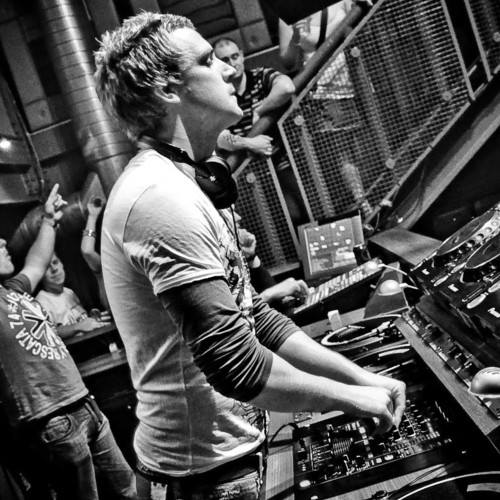 Your End of the Year set for AH.FM reached a record number of listeners and even broke the servers. How would you describe your unique, fast paced method of DJing?

With my EOYC Mix, I tried to showcase the whole year of music within two hours and I did this the previous year in sixty minutes with 37 tracks. It’s quite difficult to fit in all the music that I’ve liked over a 12 month period, but I’m basically trying to paint a picture using music. I’m trying to mix and blend stuff together to create a showcase of what was my experience of 2012, musically. These mixes take a long time to put together, but it’s worth it. I want what I do to mean something and I want what I do to be talked about. A lot of people spoke about the Outro that I made as part of the mix and that was great because I wanted people to reflect on a personal level as well as a musical one. I don’t want it to be just another mix. The amount of feedback that I received about the mix was incredible and all the work that I put into it was worthwhile.

With Trouse and other genres such as Progressive Trance and Pure Trance on the rise, where does your style of Tech Trance fit into the scene? Do you think that Trance has the ability to grab a foothold in America in the coming years?

It’s hard to say where it fits in as it’s not exactly a commercial type of sound, but at the same time, the scene is more that big enough for everyone to have their own personal amount of success. I  personally would rather not speak about Trouse. Respect to the people who want to make it and whatever motives they have, but it’s not my scene and it is not for me. Obviously, ‘EDM’ is peaking in the US at the moment and the likes of Avicii are making astronomical amounts of money. That being said, I can see that the kids love that music and that’s great. At the same time, these kids are going to keep learning more and more about dance music and this will, in turn, open their minds to other styles of dance music. It’s difficult to know what might happen in the future, but hopefully, it can have its place in America.

What can we expect from your personal record label, Kearnage this year?

The first release is out at the end of February and it’s a track from myself called Balls To The Wall with a remix from Eddie Bitar. I’m also working on new stuff to release on my label after that. My label is more about quality, rather than quantity.

What would you say to aspiring DJ’s interested in producing tech trance? Any advice, suggestions or wisdom?

You need to realize that things do not happen overnight and that you need to work hard to get to where you want to be. Ask questions, get advice, watch tutorials, make contacts and improve on your skills every single day. Appreciate what you receive and know that you have to earn what you get.

Your thoughts on being selected for Armin’s ASOT600 in Den Bosh? What do you think about the new addition of the ‘Who’s Afraid of 138?!’ stage?

I’m absolutely delighted to be included at A State Of Trance 600 this year in Den Bosh. It’s great that Armin and his team have obviously seen the amount of support that energetic music has throughout the world and fair play to them for dedicating an arena to it. I really do wish this whole labeling of a sound with numbers could be done in a different way. It annoys me that I get referred as a ‘140DJ’ when I play music from all different styles and not just one strict BPM. I don’t like limitations and being defined by a number by people is ridiculous. It should just be about the music. 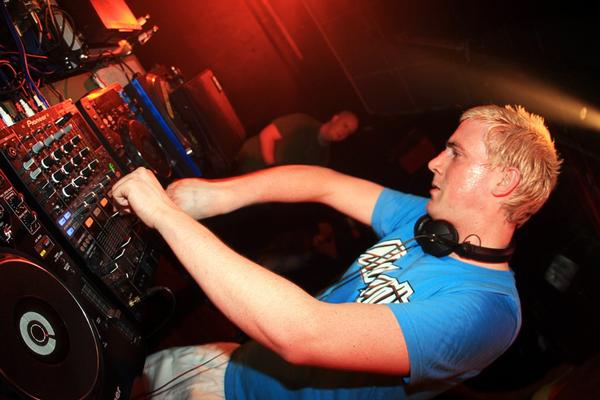 What can we expect from Bryan Kearney in 2013?

Thanks for your time, Bryan. Feel free to make any plugs and/or announcements to all our readers.

The Nettle will be released on Perfecto Fluoro Records on February 4th, exclusively on Beatport. Thanks 🙂

Thank you Bryan Kearney for that great interview! And as always, keep up with the latest and greatest in Dance Music at Your EDM!

Major Lazer and Calvin Harris Perform Live at the X-Games

Oliver Twizt – Let Me See You Do It EP [Mixmash Records]

Oliver Twizt - Let Me See You Do It EP [Mixmash Records]