by Your EDM Staff
in House

Ellie Goulding has appeared as a vocalist on dance music tracks for years. She exploded in the states after Bassnectar remixed her track ‘Lights’, and has since worked with the likes of Calvin Harris, Skrillex, and Zedd. She released two albums, neither of which fall strictly under the EDM category, but her style and impressive vocal abilities seamlessly transition across many genres.

Come July 26th, she will move into the world of DJ’s, performing at Surrender Nightclub in Las Vegas. This is a new direction for Goulding and whether or not it sticks as a viable career option is yet to be known. Hopefully she releases a track listing after the show, so those of us not there will better understand her interests in EDM. No other dates for similar sets have been announced, but it is likely that if the show goes well, one may be able to catch an Ellie Goulding DJ set in the near future.

If you are in Vegas for the July 26th show and want to see her spin, then purchase tickets at the link below. Please do report back with your thoughts. We are all very intrigued to hear the results. 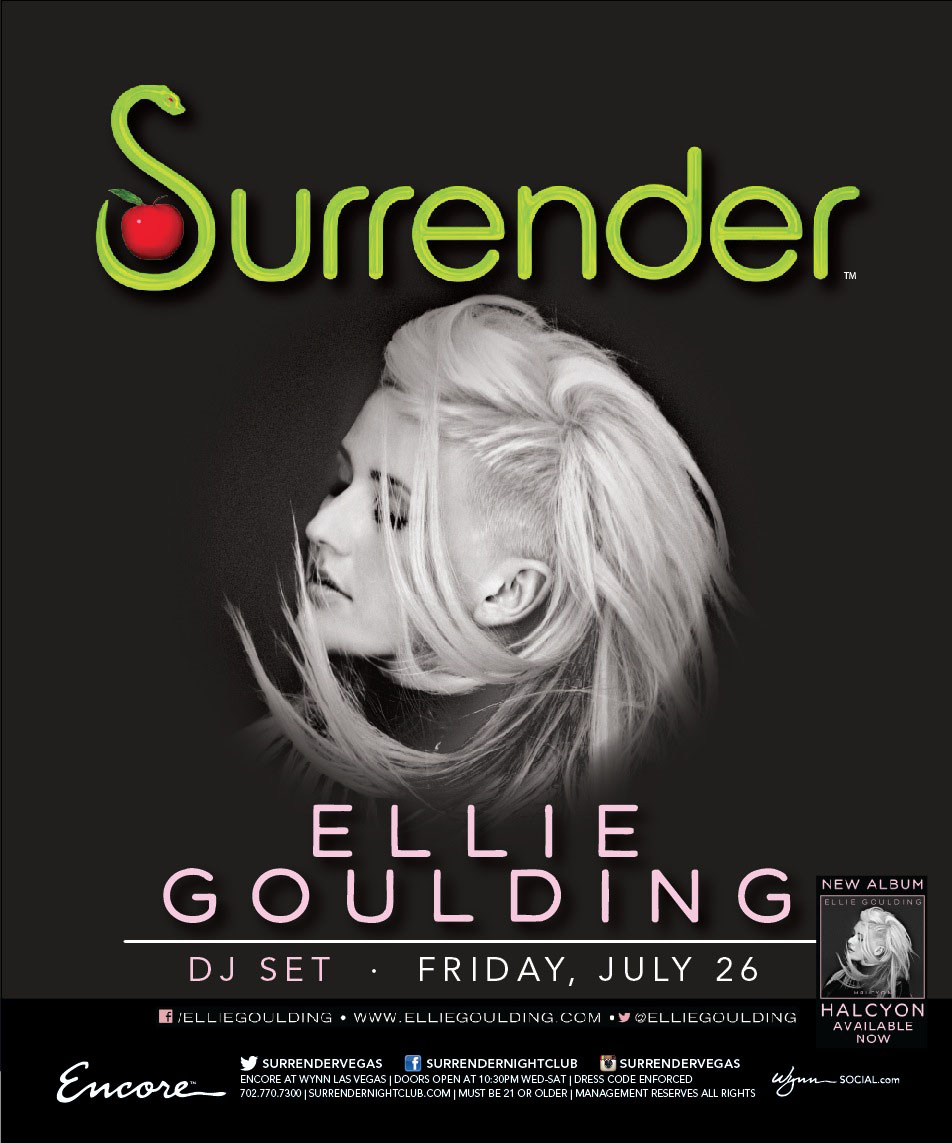 Kaskade to Perform 6 Hour Set & You Can Join [Giveaway]

Kaskade to Perform 6 Hour Set & You Can Join [Giveaway]