by Kay Spencer
in Editorials

I’m not an avid traveler, except when it comes to music festivals.  For nearly two years, I went exclusively to shows in the northeast.  Since Ultra this past March, I’ve developed the desire to attend festivals in other parts of the country to determine whether or not the American EDM scene was generally consistent. It wasn’t.  From the locals at the inaugural EDC Chicago, to the seasoned night owls at EDC Las Vegas, each crowd had a distinct and unique energy.  Still, I wanted to branch out, this time internationally.  So, when I saw that the Veld Music Festival was returning to Toronto, I had to check it out.  Here are a few reasons why you should consider attending EDM festivals abroad too: 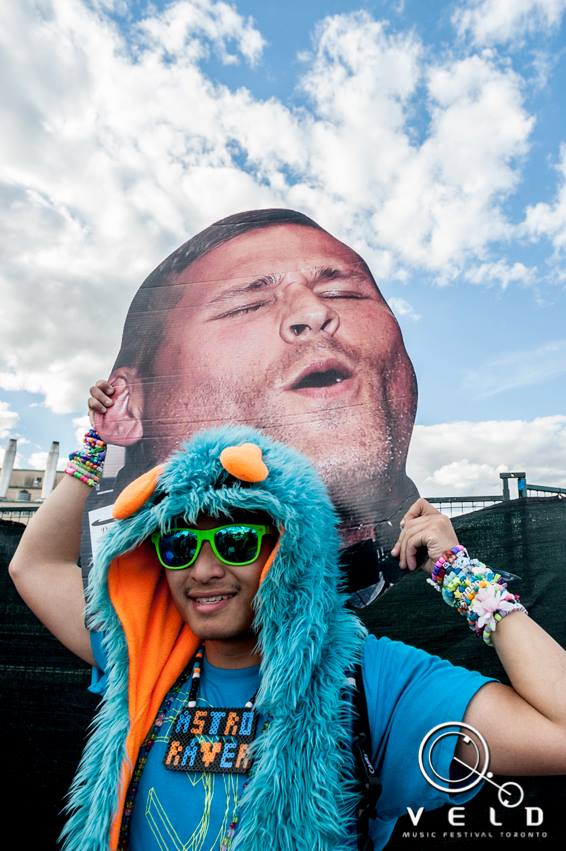 The number one complaint about US festivals (especially on the East Coast) is that they are unreasonably expensive.  Though Ultra and EZoo offer payments plans to help make the experience “affordable,” the tickets can nonetheless cost up to $500.  With the exception of Tomorrowland, most festivals that take place outside of the US are relatively cheap.  My presale ticket to Veld was only $99.  Ultra Croatia cost the same.  Global Gathering cost only $130 for the weekend.  Even with the added cost of gas/tolls and hotels, the price for the entire trip to Canada actually cost less than a single ticked to GA for Ultra 2014. 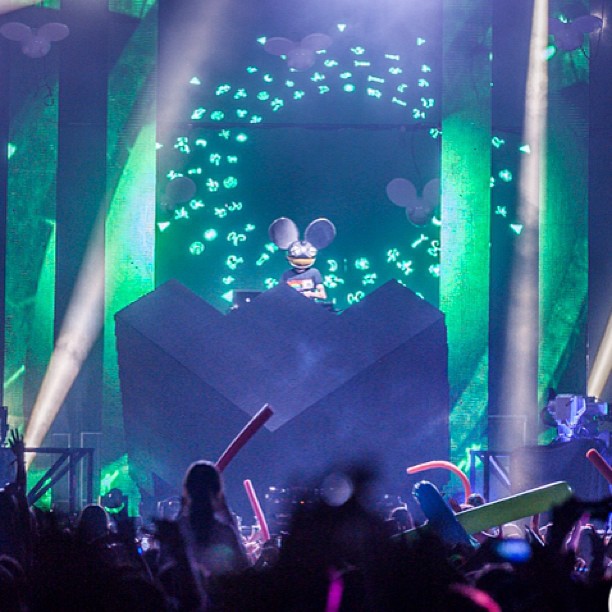 One might assume that for a mere $99, a 2-day festival couldn’t possibly have a worthy lineup. The Deadmau5-funded festival featured a closing set by the Canadian native, as well as festival staples Kaskade, Dada Life, Seven Lions, Krewella, Modestep, Dillion Francis, and Dirty South, just to name a few. Most importantly, they were genuinely excited to play Veld. Knife Party stated that they were jealous when Above & Beyond told them they were going to play in Canada, as it is one of Knife Party’s favorite places to perform. That night, Above & Beyond played what I believed was their best set at a festival I’ve ever witnessed. Two stages accommodated the acts: A main stage in the grass and a Baccardi tent with plenty of room to groove to tech house on Sunday. Even with just 2 stages for 2 days, Veld had something for everyone. 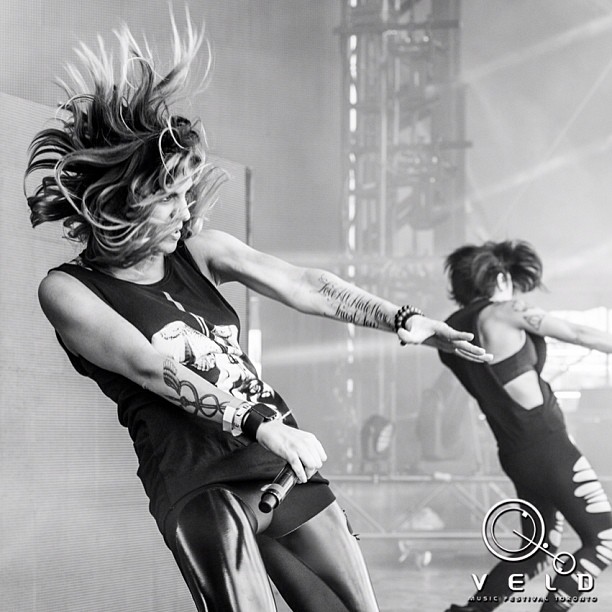 Getting to and from festivals is always a complicated and stressful issue.  For EDC, NY, the 7 Train was jam packed with ravers on their way to Queens.  EDC Las Vegas only provided sufficiently sized shuttles at a few locations along the strip.  The only way to arrive at EDC Chicago was by car.  Prior to arriving in Toronto, I was under the impression that I would be similarly be forced to drive to Downsview Park everyday, until I discovered that an hour-long subway ride and connecting bus would drop us off right at the entrance gate.  This was a relieving discovery, as the prospect of a weary, traffic-heavy drive home following 12 hours of dancing seemed dreadful. 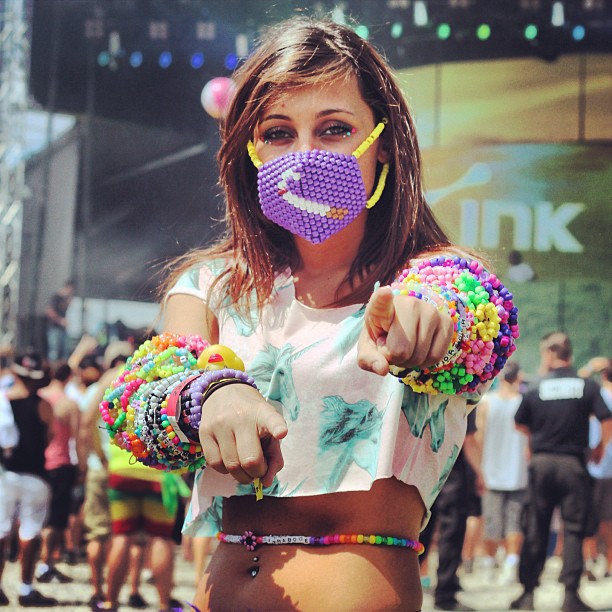 This might not seem like a big deal, but if you’ve ever tried to dance in 100-degree weather or 80% humidity, you know it’s not fun. Though I’ve enjoyed every festival I’ve attended this year, never have I felt so physically comfortable as I did in Toronto, despite the large number of ravers. The blazing sun didn’t cause us to sweat just by standing in place, nor did a humid night make us sticky as we travelled home. And remember, it was August. I can’t imagine my friends at Hard Summer or Lollapalooza enjoyed a refreshing breeze during Krewella at 4 in the afternoon. 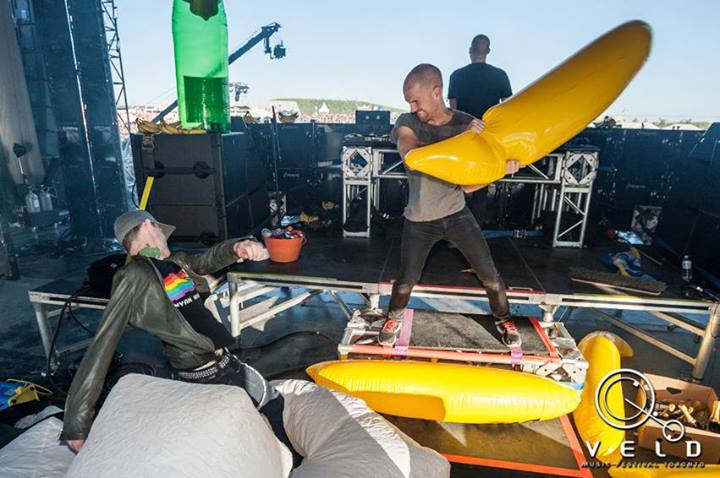 The real pleasure of the trip was the Canadians themselves. As an American festival veteran, I feel the US has developed the stigma of being laced with neon bros and scantily clad females. While no festival these days can fully escape it, Veld was much less infected by the two. Most of the people we encountered were polite, apologizing profusely instead of barreling through the crowds.

Also surprising was their lack of knowledge regarding rave culture. No matter what show I attend in the US, I always encounter a variety of people with sleeves of kandi and elaborate costumes. Imagine my surprise when I walked into Veld, decked out in a Unicorn and Mad Hatter costume, and saw barely anyone dressed up! Everyone just looked…normal. All day I stopped to take photos with local attendees, and tried to explain the “bracelets and weird handshake.” After seeing photos of people at Tomorrowland, and even meeting foreigners at Ultra, I had assumed that the concept of PLUR was a worldwide trend. It seems, on the other hand, that rave culture hasn’t spread to our neighbors up north. Still, I appreciated how welcoming people were when they found out I was from the states. 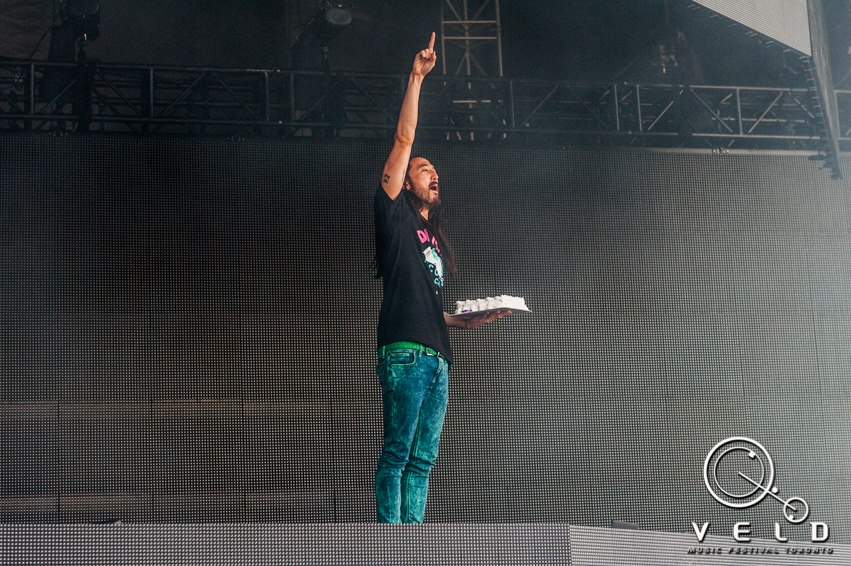 I would like to say that going to as many shows and festivals as I have hasn’t made me jaded. I try not to rip apart an artist or their set, nor do I compare it to whatever previous performances I’ve seen. Occasionally, it happens. So, I went into Veld with an open mind. I was in another country; there were artists I had never seen before, etc.

A large surprise came in the form of Overwerk. I’ve been a big fan of his music for years now, and since he rarely tours, he was the only person I HAD to see. A devoted crowd of people in my same situation, happy to see one of their favorite producers finally perform, witnessed his early set. Deadmau5 played some of his new tracks, which teased the audience and made us very eager for his 2014 tour. Even Kaskade, who I’d seen multiple times and had begun to grow weary of, kept me entertained by playing a much fresher set than his usual popular mashups. He even played a trap track, but the jury’s still out on how I feel about it.

Personally, I encourage everyone to venture out of the US and attend a festival, or even a larger show in another country.  Though I can never fully turn my back on the US scene, the trip to Veld has given me more to consider. We as global citizens have been united by electronic music, but the way in which we enjoy it varies greatly from not only state by state, but by country as well.

Maybe 2014 will be spent saving up for the illustrious journey to Europe for Creamfields, Global Gathering, Ultra Europe, or even Tomorrowland