For those of you who thought festival season was over when the gates to Tomorrowworld closed, boy were you wrong thanks to the first annual Mountain Oasis Electronic Music Summit taking place in the beautiful mountains of Asheville, NC next weekend. What’s really neat about this festival, besides its incredibly diverse lineup featuring names raging from Bassnectar, Pretty Lights, and Disclosure to Nine Inch Nails and Neutral Milk Hotel, is that instead of taking place in huge field in the middle of nowhere or the middle of a racetrack, it happens all over downtown Asheville, making use of many of the historic venues scattered across the city. For those of you who aren’t familiar with Asheville, it’s a gem of a city hidden in the mountains in western North Carolina known for it’s incredible music and art scenes, microbreweries, city-wide weekly drum circles, and general good vibes all around.

AC Entertainment, the founders of Bonnaroo, recently announced the daily schedules for the festival. However, please note that Tricky, Delorean, and Rudimental can no longer attend the festival but they’re being replaced with Adventure Club, Cashmere Cat, and Purity Ring. 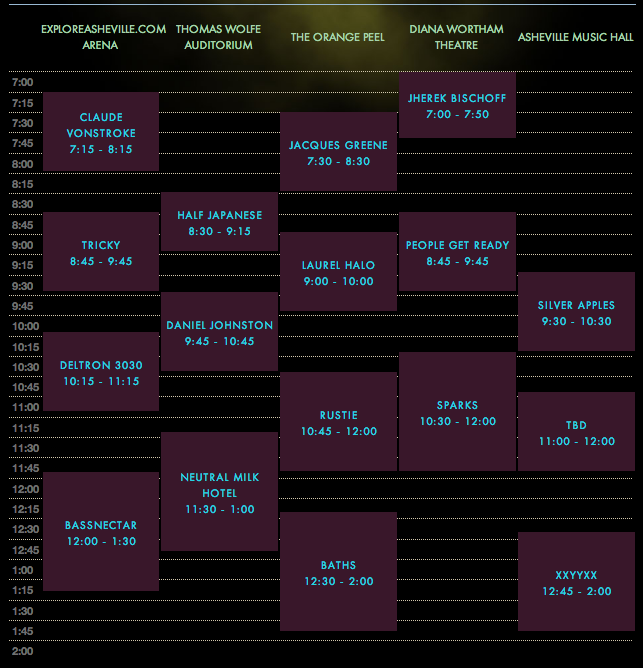 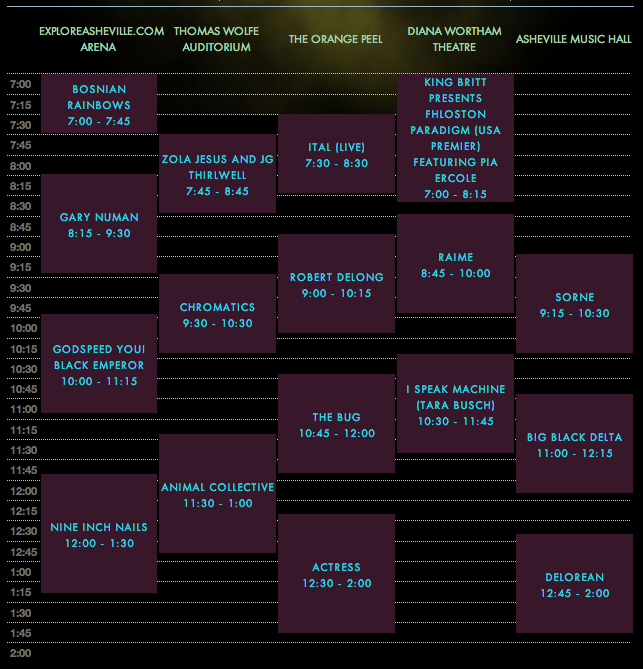 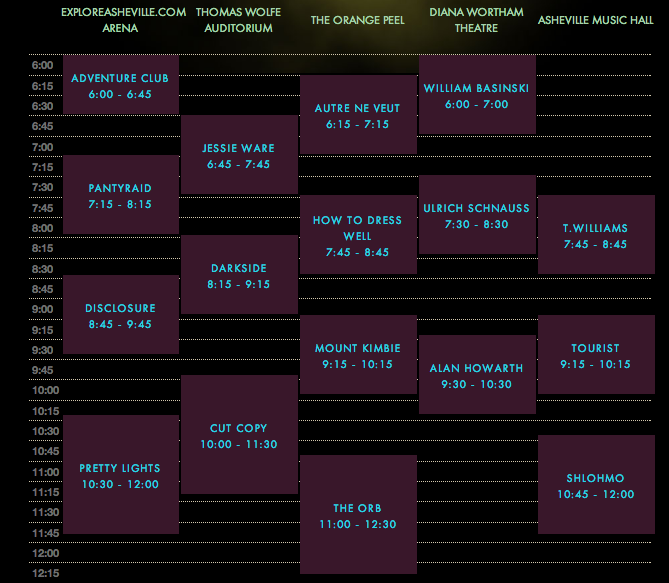 Which day are you most excited for? Let us know in the comments!

It’s not too late to get tickets! Purchase them HERE!

Twerk Music: What Is It? – With JSTJR, Prince Fox & Vonzie

Nari and Milani's 'Patriot' Gets a Release Date Through Spinnin' Records