Pegboard Nerds are back on Monstercat with their newest single Bassline Kickin’, a monstrous electro-house tune with epic trap-step breakdowns that is destined to destroy dance floors across North America on their first headlining tour. Everything about Bassline Kickin’ screams classic Pegboard Nerds: aggressive basslines, funky synths, hard-hitting drops, you name it, the Nerds do it and better than the rest! This deadly combination that helped get Pegboard Nerds to where they are today makes for some seriously heavy tunes that still manage to be incredibly groovy, which is something a lot of other producers in the bass music scene struggle to accomplish.

Bassline Kickin’ has one of the most energetic intros I’ve heard in a while, featuring hints of disco vibes mixed with techno and electro to keep things feeling nice and fresh before dropping into some dirty Far Too Loud-esque electro fare. The 4X4 sections after the drops are kept short and sweet so as to build just enough anticipation and suspense leading up to the filthy 2-step breakdowns, which are easily my favorite parts of the track.

Over the past year nearly every dubstep producer and their grandma has tried incorporating trap influences into their sound in some way, but few have managed to do it better than Pegboard Nerds; this track, along with their remix of Krewella‘s hit “Live For The Night” are perfect examples of how 808s and high-hat trills should be implemented into dubstep without detracting from the face-melting awesomeness that comes from those screeching mid-range basslines we all know and love so much.

If you haven’t heard already, Pegboard Nerds recently signed on with Krewella‘s management team, better known as TH3RD BRAIN. After witnessing what TH3RD BRAIN managed to accomplish with Krewella over the past few years, there’s no doubt in my mind that Pegboard Nerds are poised for an even bigger year than they had in 2013. I have a good feeling 2014 is going to be a big year for bass music in general, but especially dubstep, and all the signs are telling me that Pegboard Nerds are going to be a huge part of it. 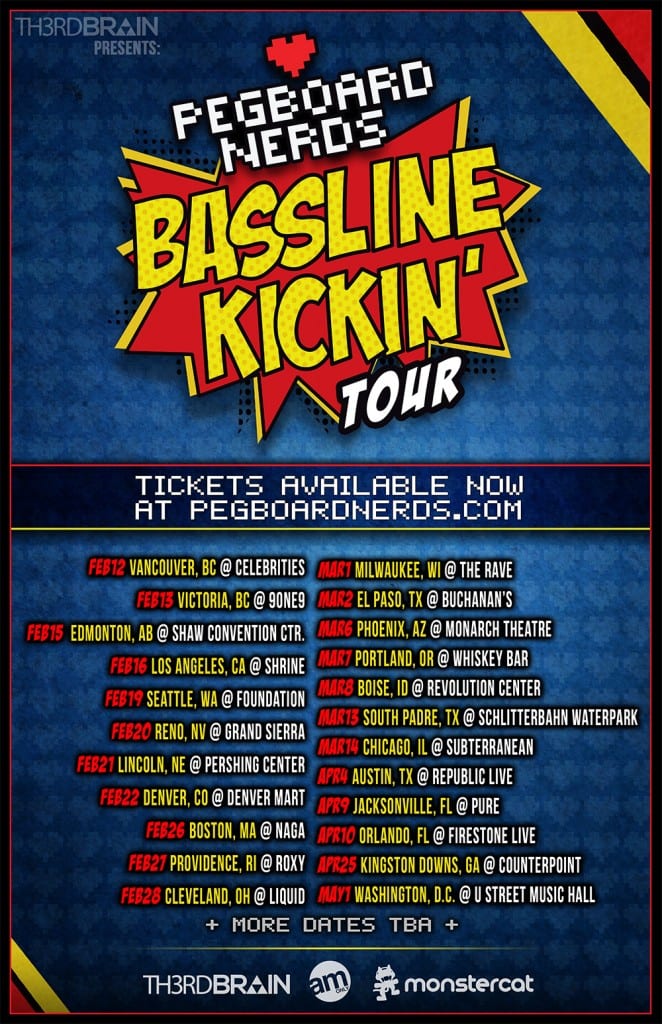