GTA has announced a stateside tour kicking off February 27th and wrapping up early May. The masterminds behind the remix of “Saturn” originally produced by Kill The Noise present you with the “Death To Genres Tour“. The duo will tour alongside What So Not hitting cities on the east coast, the west coast and every where in between.

Tour dates and show locations can be found below and with the first performance slowly creeping up, GTA has made tickets available already! 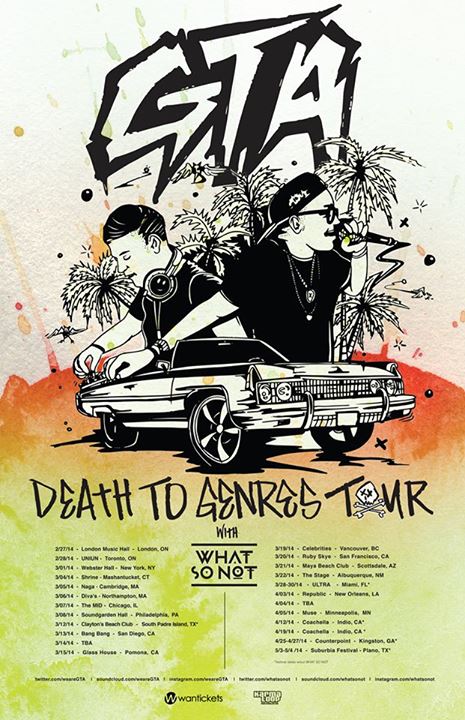 Tags: Death To Genres TourgtaWhat So Not
Previous Post