Should We Let PLUR Die?

If you kiddies didn’t rave in the 90s, you don’t even know what a real rave is. You raved in the 90s? Aren’t you a little old to still be in the scene now? EDM has no age limit guys, as long as you don’t listen to sellouts like Avicii. Avicii is really good. You only like him because you’re on massive amounts of drugs. Don’t judge someone who takes drugs. Yeah, judge the half naked girls instead. You only go to raves as an excuse to dress like a slut.  Bros don’t belong here. Teenagers don’t belong here. Adults don’t belong here. Sluts don’t belong here. Your music taste sucks. Krewella sucks. Animals sucks. Ultra sucks. Trance sucks. EDM sucks.

Look familiar? My guess is if you’ve visited the Internet any time in the past few months, it does. Yeah, the internet is a place full of trolls, where individuals are safe to hide behind this facade without repercussions. But these instances are only a few examples that speak to the larger issue at hand in our scene: PLUR is dead.

Sure, PLUR is just a made up concept which never concretely existed, but I would argue that the values behind it used to be very much alive and practiced. Don’t get me wrong, the ideology of PLUR still exists for many generous, caring, respectful, and responsible people out there, but some of the most “PLUR” people I know even refuse to use that term because of what it has since turned into.

In the grand scheme of this ‘scene’, I am in no way an expert, nor can I speak for the ‘scene’ outside of America. Only entering the rave culture a few years ago, I do not claim to have been here to have seen its “glory days” of warehouse parties and glow sticks; in fact, I might even be considered a “noob.” Yet one thing is very evident to me in my short time being a part of this beautiful subculture: it has changed.

I won’t speak for what I don’t know, but in my time being a “raver” I have seen Peace, Love, Unity and Respect acted out in ways that salvaged my hope in humanity, and then I have seen the acronym “PLUR” thrown around in an embarrassing attempt to be a part of something that people did not fully understand. Perhaps the worst is that I have seen our unified scene ripped from our fingertips, thrust into the mainstream, and returning in broken shards.

While going mainstream is not inherently bad, when a subculture begins to lose its values because of the sudden burst in popularity, it becomes a negative factor. Now we have websites like Buzzfeed dictating to us what PLUR really means through quizzes testing our PLUR-levels. It’s a joke.

The meaning behind PLUR is gone. It used to be “us” versus “them”; us versus those who categorized all genres into “techno nerds” and “dubstep weirdos,” those who made fun of us for our colorful beaded bracelets, those who minimized the amount of intense love and kindness we shared as only being fueled by ecstasy. However, we knew that it was the intoxicating melodies and welcoming atmospheres that brought on this sense of camaraderie. And we were united, standing as one against the hate and misunderstanding of the mainstream. We were connected by the music rather than divided by our religions, age, or race.

I used to believe that we could make a real difference, that our subculture had the power to make change. If we could become united as one against all of this hate from the media, politicians, our peers, all those who did not understand us, what else could we accomplish? We were the modern day hippies of our generation. We were a movement. 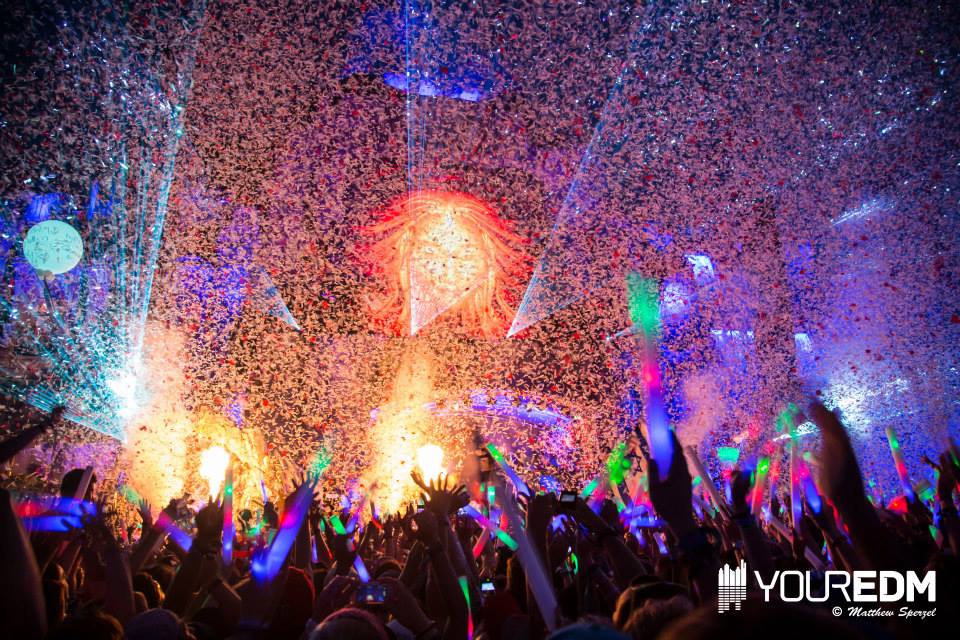 And it needs to stop.

More and more I see: “This is killing our scene” or “This is what is wrong with our scene.”

What’s wrong is that instead of coming together to make things right, we are quick to point fingers at all that is wrong. There are a lot of things wrong.

Our scene has lost touch with its roots, with what drew a lot of us in here to begin with, music aside.

The Peace is gone. Now you have people trampling others just to get to the front of a stage.

The Love is no more. Hugs amongst strangers have become an oddity as opposed to the norm.

Instead of Unity, we are completely divided and cliquey; EDM Elitists & rave veterans act entitled rather than showing the newcomers the ways of the scene.

Respect is lost. Rather than encouraging a judgment free culture, we fight over and make fun of varying music tastes.

Responsibility is not practiced. People throw around the term PLUR as a pathetic excuse to not be judged for acting irresponsibly.

So yeah, there are a lot of things wrong. But let’s start to shift the focus on how to make things right again. It is not too late to bring the ideologies behind the silly acronym PLUR back.

Yes, I could easily leave this scene behind and go take my hippie-love talk elsewhere. But I still think there is potential with us. We were a movement. We are a movement.

With artists and spokesmen like Kaskade and Tommie Sunshine supporting all this scene was and all this scene can be, we have no reason to bail out now.

It’s about the music first and foremost, yes. But the rave culture is about so much more than that. Even if you don’t consider yourself “PLUR,” any remotely decent human being is sure to want peace, love, unity, and respect. The term PLUR is not something you need to throw around in faces, but it is a lifestyle to strive for, and perhaps more importantly, something to believe can actually be attained, on and off the dance floor.

This is a place for all, for old, young, gay, straight, black, white, “bros”, “sluts”, “mainstreamers”, “bandwagoners”, nerds, jocks, elitists, rich, poor, Christian, Jew, Atheist…everyone. We should not discriminate just because a guy is wearing a basketball jersey and fist pumping to Tiesto. We should not make fun of someone for pointing at your arm and asking for “a bracelet.” And for the love of the bass gods, can we please stop arguing about the semantics of the word “rave?”

It’s about acceptance. It’s about love. It’s about coming together to enjoy a shared interest in music. It’s about respecting the differences as opposed to bashing them. As much as you may hate the acronym, it IS about the peace, the love, the unity, the respect, the responsibility, and, of course, the music.

PLUR is dead. But the values it preached can be revived. It’s up to us to be the change we wish to see in this scene. After all, we are the Electronic Music Generation.

Randy Newman: “I’d like to do an EDM record”

Randy Newman: "I’d like to do an EDM record"