Photo by: Keelan Sears Your EDM

Colorado has earned a reputation as one of the bass capitals of the world and rightfully so. Coloradans have been eagerly getting down to Dubstep, DnB and Trap since the rise of both genres. As a native, Global Dub has always been a noteworthy event as the kick off to the Red Rocks Season. Despite my affinity for house music, Global Dub has become a staple of my Summer event calendar and for good reason. Held at the world class Red Rocks Amphitheater in Morrison, CO the event has always featured an evening full of the most prolific names in bass culture in one of the most gorgeous venus on the planet. Organized by Global Dance, Colorado’s preeminent promoters, Global Dub is always a party you don’t want to miss.

That said, it’s of little surprise this year’s Global Dub was an absolutely massive hit. Featuring an impressive lineup including the likes of Krewella, Datsik, Crizzly, Pegboard Nerds, and dotEXE, Global Dub was a night of madness. Despite arriving late and regrettably missing Pegboard and dotEXE, I was still treated to a good portion of Crizzly’s set after entry. While, I’m about the farthest thing from a trap fan that you could be, his set was well thought out and executed. Throwing a good mix of the crowd pleasers like the Brillz and Z-Trip remix of Dirt Off Your Shoulder and new material, Crizzly put together a very ideal performance. It was enough to get the crowd moving, but stopped short of melting faces clean off. A good mix of heavier dub infused trap and the shuffle inducing swagger of the lighter stuff made Crizzly’s set pretty enjoyable even for someone like me.

I don’t want to speak for Datsik, but I consider Colorado one of his second homes. I’ve seen him several times and the crowd has never failed to go 100% batshit bonkers. Datsik is a highly talented DJ and a great showman to boot. Opening with a Centipede-esque, hilarious segment “a wild Datsik strikes,” the Canadian dropped directly into the aggressive staccato dub that we know and love him for. I’d argue that Datsik stole the show and was hands down my favorite set out of the night. 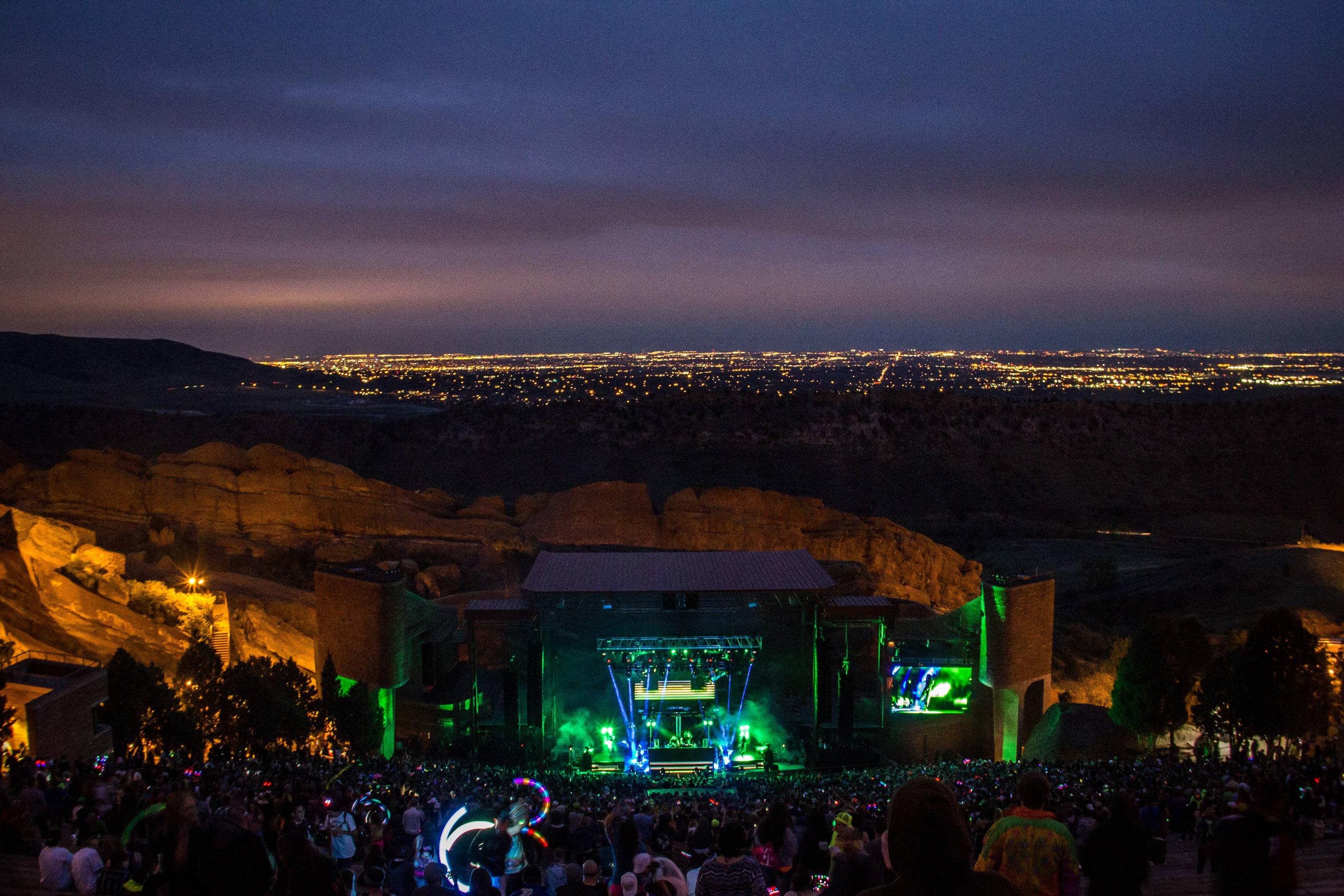 After a semi-lengthy changeover Yasmine and Jahan of Krewella took to the stage behind The Volcano; Rainman was absent. This being my first time seeing Krewella live, I have to admit that I was impressed. I’m not a huge Krew fan, (although our editor in Krew @danielspira was in attendance), but I really was pleasantly surprised by the girls’ showmanship. For the most part their set passed my scrutiny. While it seemed to be mostly live mixed, there were some very noticeable premade segments. Which is forgivable in Krewella’s case as they sung throughout most of their set. What’s more is that they sang well – despite a few blemishes here and there, I was very impressed with the quality of their live performance. Towards the end of their set, the girls brought their tour manager out with a guitar for an acoustic bit. While, I’m not sure why they needed to set up chairs for the brief segment, it was a cool break in the action. Their set was fairly diverse with hardstyle, trap, and some dnb featured throughout original Krewella material. On the whole, the performance felt very intentional, right down to the encore. Don’t get me wrong, it was very cool to watch and the crowd ate everything the girls did. I mean it was a diverse set; I’ve personally never seen anyone get married at show before, so that was cool. Between the live vocals, well delivered set, the acoustic performance, and the brief pause to marry a lucky couple in front of 10,000 people, it was a very excellent performance. 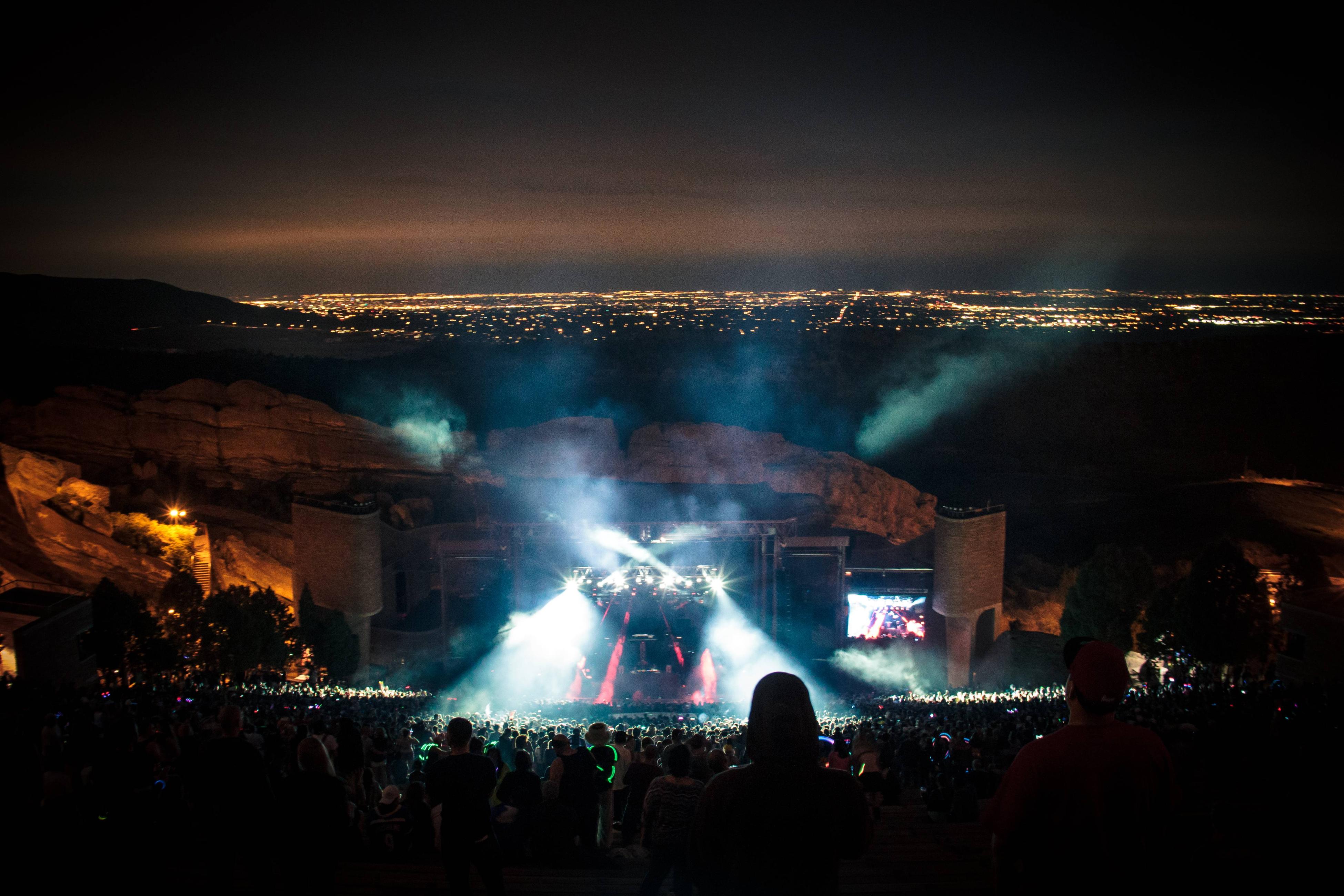 Global Dub had perhaps its best year in 2014 and has definitely built hype for Global Dance’s follow up. With an even more promising lineup just months ahead, Global Dance has reaffirmed their status as the leading force in electronic music in Colorado.