Your EDM Interview With X5IGHT

We got the chance to catch up with X5IGHT about their career, future, and upcoming release on Your EDM Records, 5:00 Shadow, set to be released this coming Monday. Having already been playing a series of shows along with a powerful string of releases, the duo is on a good one as of late.

How did you both meet and why did you decide to form this X5IGHT duo?

Jerry: We were both playing at the same club outside of Chicago one night as solo acts.  We met after our set and talked for a bit.  We then got connected on Facebook and started sharing music.  I sent Brandon music that I had made, and he liked the tracks I was working on so at one point, we decided to make a duo.  We have pretty similar tastes in music so it worked out well.

Brandon: We decided to form a duo because we liked the idea of having someone to critique each other’s work.  I can tell Jerry if I don’t like something and he can tell me if he doesn’t like something.  It’s helped us both to grow as musicians so that was something that was very attractive.  As Jerry also mentioned, we both have very similar tastes and I think we both are really motivated and dedicated to live out this dream and be successful.  Teaming up as a duo was basically the next logical progression.

What would you say is the image or branding behind X5IGHT

Brandon: That’s a very good question as it’s something that we are trying to evolve and figure out right now as we continue to grow and change.  It’s really interesting, but the best image or branding I have is contrast.  That sounds strange, but what I mean by that is we like to offer a lot of contrast in everything we do…diversity in music we make, contrast we put in our sets – sometimes we’ll incorporate very light progressive-house followed by very heavy trap or something like that.  Sometimes we like doing stuff like that because it keeps the listeners engaged and keeps them on their toes.  It’s kind of our style because we like so many different things musically so it’s a good way to sum things up.

Going forward we want to try and fine-tune this contrasting image more.  With the “5:00 Shadow” EP we are releasing, it will kind of be the first step in rebranding our image and is definitely more on the artistic side.

You guys have been touring across the Midwest for the past year and a half or so and even played SnowGlobe out in Tahoe this past NYE.  What is it like being a small act on such a big stage in a state that is so far away from your hometown?

Jerry: It’s very interesting.  I look back to NYE 2013…the first time we played together as a duo and it was at the same club outside of Chicago where we had met.  Fast-forward one year to NYE 2014 where we played at SnowGlobe, it was such an amazing feeling.  Even though we were a small act on such a big festival lineup, it was still an awesome experience.  It was nice to be there with other artists and to see what this music dream is all about.

Brandon: It was a huge step forward for us.  It was humbling to see the growth we’ve had in such a short amount of time.  That alone is really the best way I can describe that amazing experience. 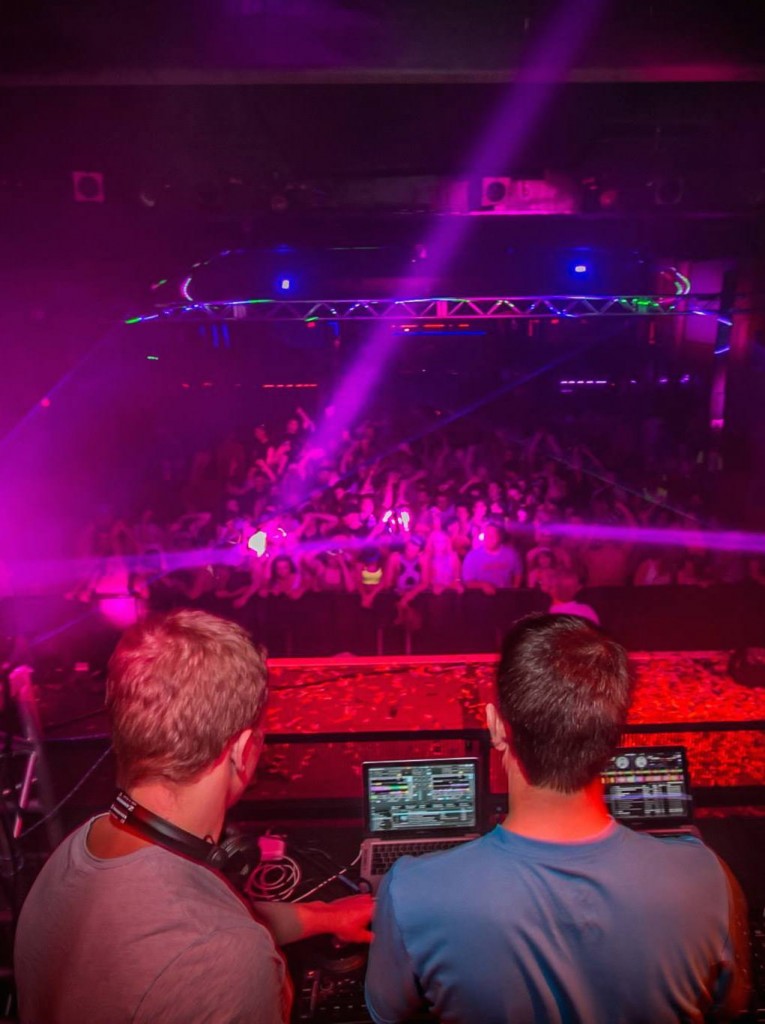 With every release you guys continue to exhibit versatility and really just produce what influences you at that time.  What is your strategy behind this and how do you think this will benefit you in the future?

Brandon: This kind of goes back to the branding question, but I think what we are doing on this EP is showcasing the artistic side of us and what we have to offer on an emotional level.  It is much more emotionally engaging…something that will really stand out musically from other electronic music right now.  We originally started out producing music that was very aggressive and high-energy (we still like this style and will continue with it), but we also want to show people a different side to us.  This EP is more minimalistic and emotionally engaging.  We are trying to make sure we don’t stray too far from where we started, but show that we have evolved as well.

Jerry: Since we are artists, we don’t want to limit ourselves to one genre.  We want to see what else we can make.  There are some artists who just limit themselves to one sound, but if you dabble with other genres you can learn a lot and your music can reach more people as well.  It’s a win-win for everyone.

Who or what are some influences behind the ‘5:00 Shadow’ EP?

Jerry: Daniel Portman, Deadmau5 – minimalistic and groovy artists.  We still wanted to put our own spin on it though and maintain our signature electro sound.

What was the most difficult part about producing such a foreign genre for this EP?

Jerry: We always want to be experimental and try out new sounds, but the hardest thing for me was to get all three songs to sound as good as possible.  Trying to make the tracks sound the way we wanted is what took so long.

Brandon: From a production quality standpoint, we wanted each track to sound as great as they possibly could.  Looking back at some of our past releases, the quality just isn’t there.  The ideas and musical components were there, but we think the production quality was lacking.  In the grand scheme of things, we haven’t been producing that long and as most artists can say, you get better with each song you produce.  The more you produce, the better your music will sound from a production standpoint.  We wanted to make sure that we separated ourselves from some of our older releases and that “5:00 Shadow” sounded a notch above anything that we have released in the past.

What message do you hope to convey through your music?

Brandon: For this particular EP, we wanted to really take people on a journey.  Recently, a lot of albums are really just a compilation of singles and they are not very cohesive or join together to tell a story.  We wanted to make this EP progress and part of it goes along with the name behind the EP – 5:00 Shadow.  The best I can describe it is a “5:00 shadow” is something that obviously grows from stubble into a beard.  It starts off as something nice and polished and grows into something that is grittier and I would say if you listen to each song and progression, it kind of follows that same path.  It starts off with a very clean sound with “The Luckiest Man” and kind of takes on a spin with “Hawkeye” and then becomes very gritty with “Mayday”.  We were trying to convey the progressions and cohesiveness of the entire EP.

This is your first release on a record label…is the plan to continue releasing upcoming originals on labels or just as free downloads?

Jerry: We are definitely working on a lot of originals at the moment.  We’ll still be doing free downloads for the fun remixes, and then the originals we are trying to shop around to labels.  Some originals will be on labels and others will be released as free downloads, it really just depends.

Describe how the cover art coincides with each track on the ‘5:00 Shadow’ EP.

The cover art actually goes hand in hand with each track as well.  It’s something that we are both very passionate about and it took awhile to come up with something perfect.  We think that the visuals are just as important as the music, which is why we spent a lot of time on the cover art with our graphic designer, Greg Fargo.  A man is the focal point of the cover art (“The Luckiest Man” – refers to Lou Gehrig’s famous speech before retiring from baseball).  Half of his face is taken up by the hawkeye, which is the second song and then “Mayday” ties it altogether.  Mayday is like a cry for help and you can interpret it in anyway that you’d like.  We definitely tried to put all of the components from the EP into the cover art and gave it a much grittier feel because that was the overall theme behind this EP.

If you had an opportunity to collaborate with any producer, who would it be and why?

James Egbert – he just released his new album “The Void” and it’s absolutely amazing.  We played a show with him so getting on a track with him would be way dope.  He’s such an underrated artist and deserves so much more recognition.  He’s a high integrity guy and an incredible producer.  We could learn so much from him because all of his tracks are always so clean sounding. 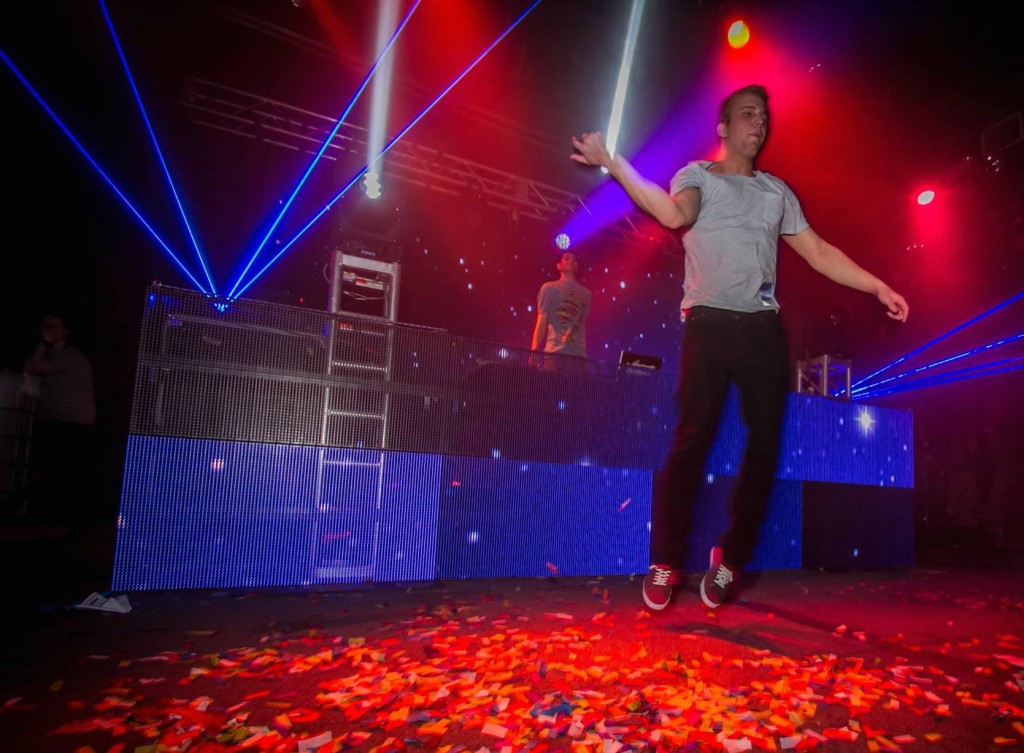 VINAI Release the Same Song Too Many Times, Get Away With it