The last big festival of Summer is finally upon us. That’s right Made Event’s very own staple 3 day festival, Electric Zoo, is about to open its door to the wild animals that will inhabit Randall’s Island from August 29th to the 31st. After a tumultuous 2013 installment, following the deaths of two of its attendees, founders Mike Bindra and Laura de Palma have been under much scrutiny by mainstream media and EDM fans alike. From banning CamelBaks to introducing medical students dubbed as “Zookeepers,” Made Event is attempting a series of possibly bold and risky implementations to ensure the safety of the festival-goers. Whether these initiatives will pay off, we’ll have to wait till the 29th to find out, but until then get excited for the craziness that is sure to ensue by going through the just released set times.

You can also create your own schedule by heading over to the official Electric Zoo website here: Custom Electric Zoo 2014 Set Times 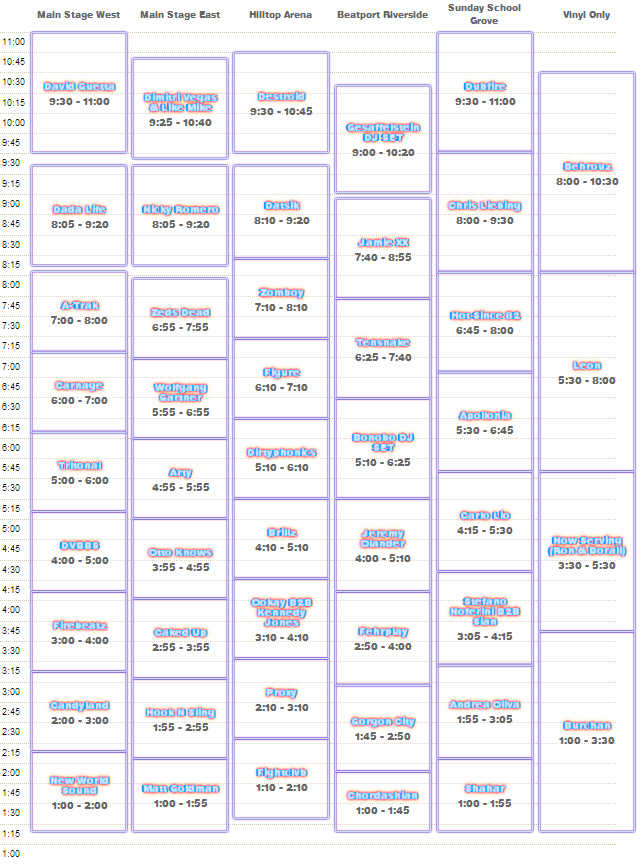 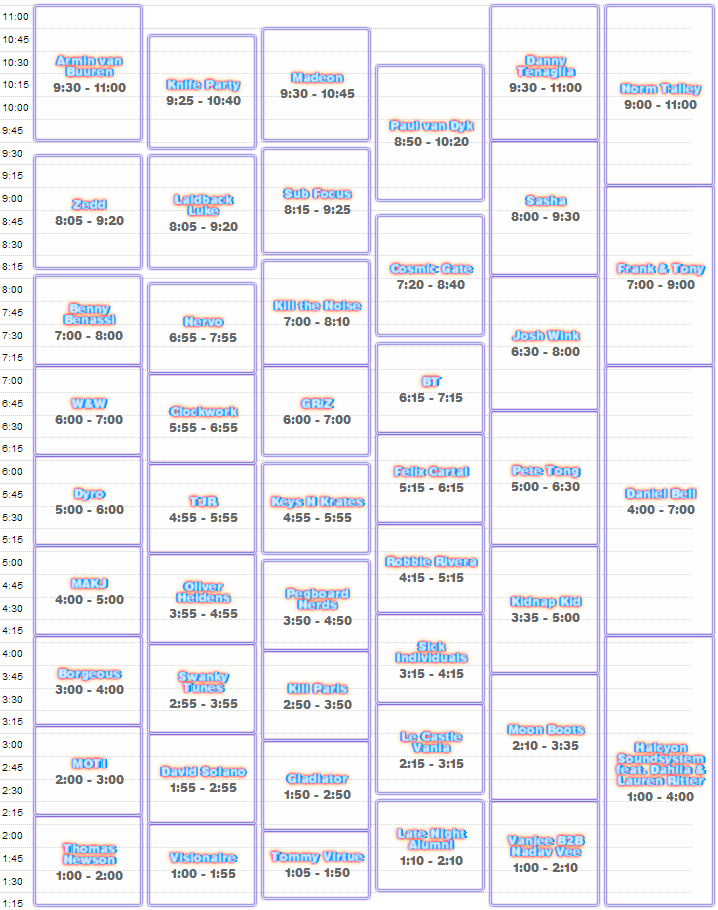