UPDATE #2: We would like to apologize for the following erroneous report we released a few days ago, in which we detailed why we believed Hardwell was not going to win this year’s DJ Mag Number 1 DJ award. At the time, we were confident that the information DJ Mag directly provided us was sufficient evidence for our conclusion. Sadly that was not the case, and on behalf of the entire team I would like to say we are sorry. The article has been left intact.

The infamous ranking known as the DJ Mag Top 100 that is more often dubbed as the “popularity ranking of EDM” was reportedly leaked earlier today. The list is based on user submissions, which are then aggregated to develop the chart. As you can see, if you have a bigger fan base you are much more likely to win than if you’re a talented newcomer who isn’t willing or capable of spending thousands of dollars on marketing. Well we’re here to tell you that it actually has not leaked, or at the very least, part of it is inaccurate. 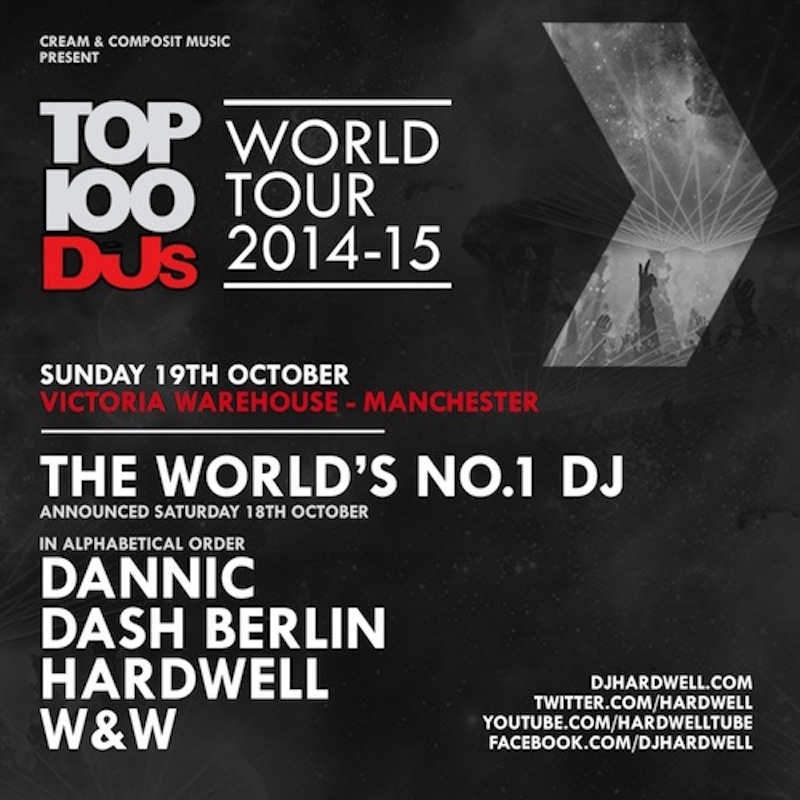 UPDATE #1: DJ Mag deleted their Facebook post, but here’s the message they had accompanying the line up:
“Hardwell has just been added to the line up for the #Top100DJs party on Sunday 19th October at Manchester’s Victoria Warehouse!
The multi award-winning DJ will join DANNIC, Dash Berlin, W&W and the winner of this year’s DJ Mag Top 100 DJs, who will be announced on Saturday 18th October.”

So as you can see, since Hardwell has already been announced, that means he’s no longer the number 1 DJ. This also indicates that the supposedly leaked ranking is inaccurate. It’s still included below if you want to take a look at it. 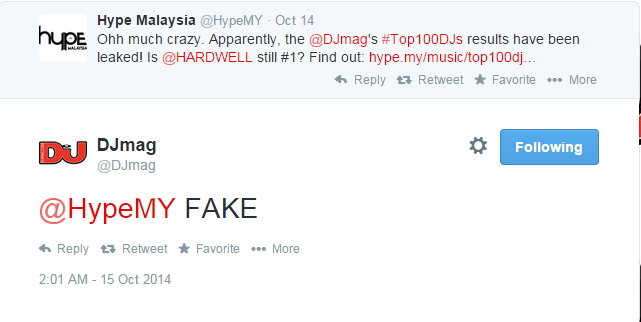 Martin Garrix Gets a Mini-Documentary & Here’s the First Part