by Zane Mager
in EDM News

Caked Up is taking some heat right now for their recently released ‘bootleg’ of “CoCo” by O.T. Genasis. The issue is, the track is really more of a mashup with JACKAL’s latest original, “Chinchilla.” Caked Up posted the bootleg on their YouTube page last week, giving credit to O.T., but omitted any credit for the “Chinchilla” producer. JACKAL’s friend and tourmate G Jones had something to say about it on Twitter: 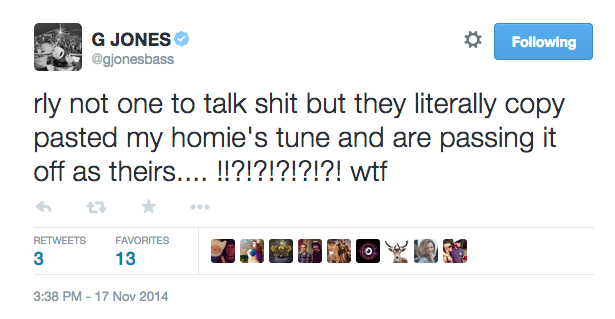 The duo did respond to G Jones, and Oscar Wylde (one half of Caked Up) took to his personal account, pointing to a tweet earlier today where he mentioned it was JACKAL’s production. 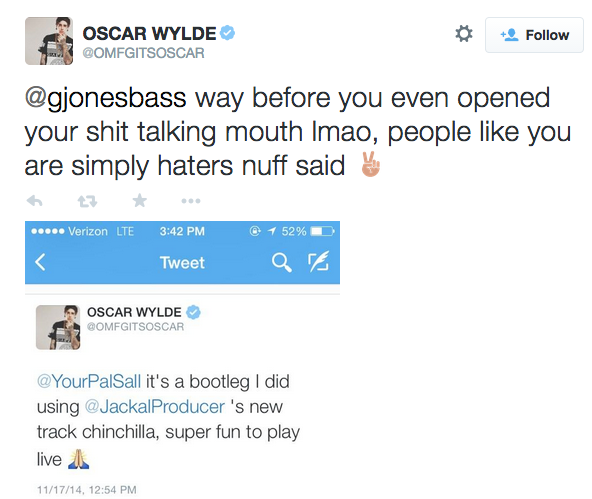 All the drama aside, it’s clear both sides are agreeing that this music was made by JACKAL. Take a listen to both songs below, and see what you think.

Chicago native and bass enthusiast. I love a wide variety of electronic music, and nothing makes me happier than finding original sounds. I believe that music is the audible interpretation of emotion. Hit me up: [email protected]