Popeska has never been known for playing it safe and he is constantly doing something fresh or new with his music. This latest track by him, a free remix of Wolfgang Gartner’s hit “Unholy,” was a welcome surprise. Going into the remix I figured I would be hearing some kind of electro or progressive house track, but instead  I was greeted to an anthemic 110bpm revisioning of the original. This remix isn’t so much EDM as it is more so just music. It’s something that could fit well at the end of a film as a tattered and weathered warrior walks back into the town alongside his friends feeling triumphant of his recent victory. Triumphant is the best way I can describe this song as it gives off the feeling of having accomplished something big or finishing a long journey. 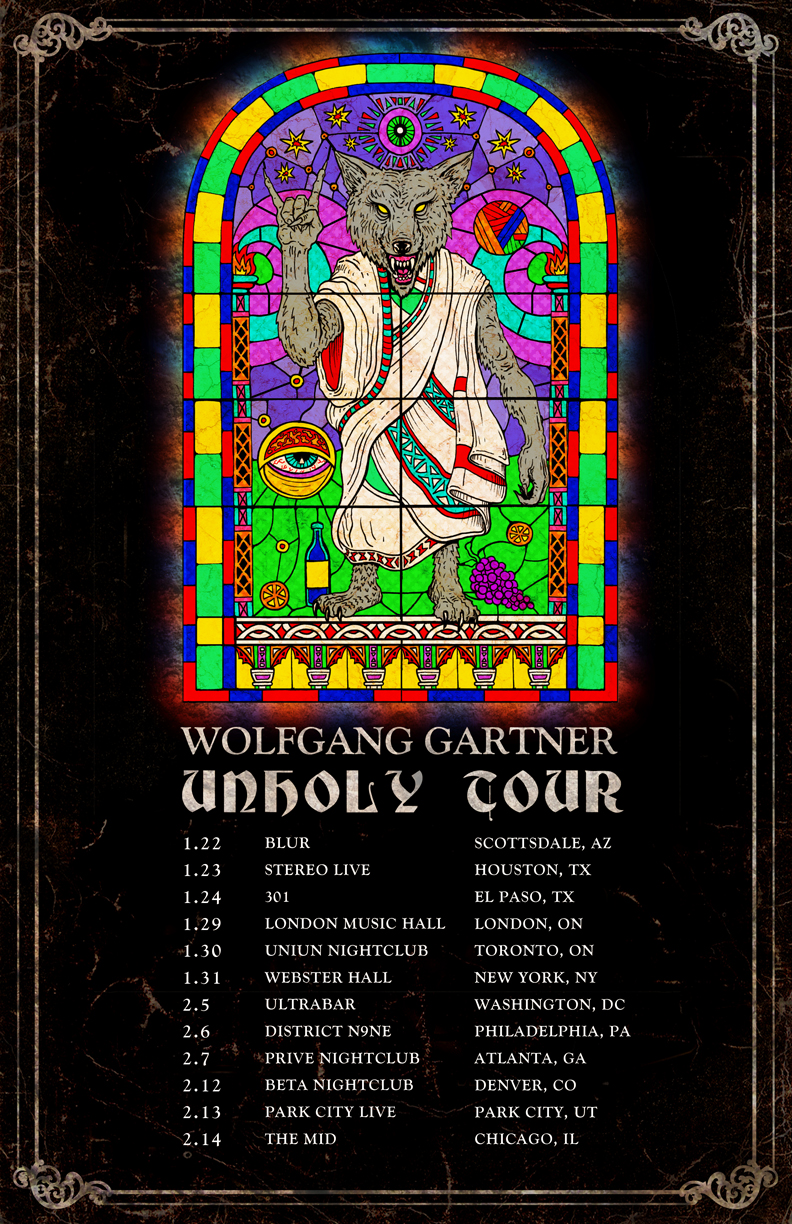 Speaking of journeys, Wolfgang Gartner will be embarking on a tour next month across North America. Hitting several major North American cities in the months of January & February, check and see if he’s coming to your favorite night club in the image above.