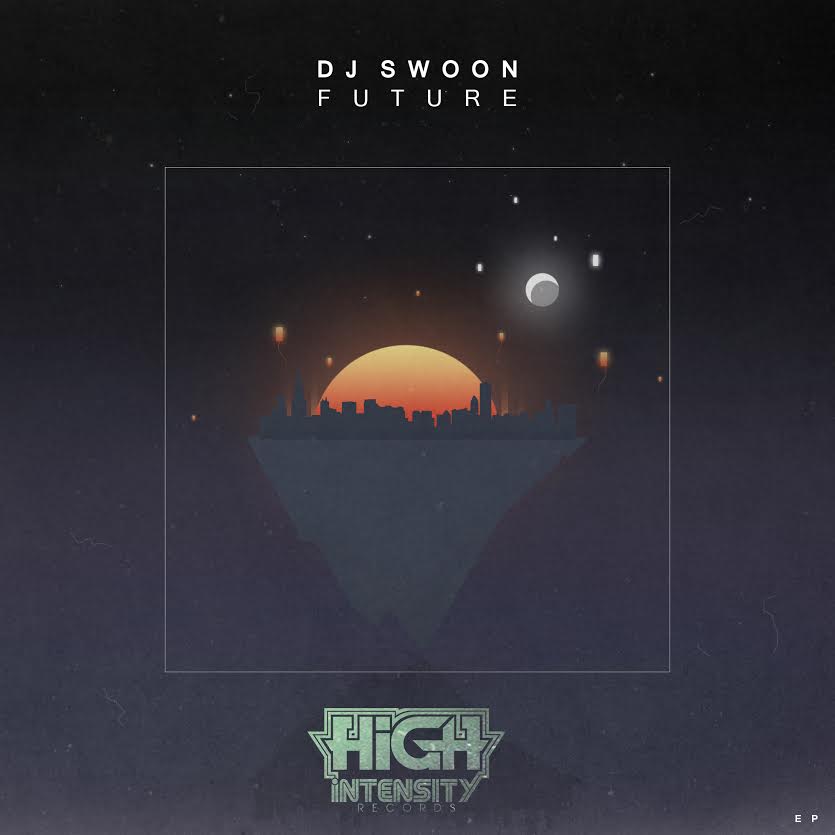 I’ll be honest, I’ve had this EP in my library for a few months now and it’s been figuratively “burning a hole” in my hard drive. Some of the tracks on this release are downright prophetic, and the others are at least still amazing. FUTURE moves from glitch to trap to dubstep to dnb, and even a little deep house, with some vocals, to boot.

Probably the most endearing aspect of the EP is the masterful use of backup synths that add another layer of dimension to his productions. All of the different sounds in the tracks co-mingle so wonderfully, it’s a sound design masterstroke.

The first track “Aquatic” might possibly be my favorite on the release, though it’s so damn hard to choose. Featuring Swoon’s own vocals, the build uses some really dope dnb breaks and yet the drop is a huge trap banger, just solidifying the concept of the album where nothing is as it seems. The 808s and scales are catchy as f*ck and the bassline keeps everything connected. The next track “Reflection” comes in with a piano arrangement that sounds like it comes from a Peanuts special on PBS. Chopped up vocals follow and then the bassline comes in. Then the lead synths… oh my god the lead synths. It’s like grade school techno all over again, complete with the shitty sidechain and everything. Though, soon, that gives way to some modulated horns and lazer synths with a completely separate vocal sample saying “Right here, right now”, perhaps a shoutout to Fatboy Slim? Whatever the case, the drop breaks all convention going straight into another one of the heaviest trap tunes I’ve heard. Swoon comes in with vocals again as the happy synths make another appearance before the second act, along with the chopped vocals. Rather than “Reflection” I think this track should have been called “Reprise,” but that’s another topic entirely.

The next track is the eponymous “Future,” a bombastic future trap tune with large vocal samples and a glitch progression. It’s got so many styles rolled up into one, it’s hard to keep track sometimes where the track is headed but the bassline and synths find a foothold in the flow and hang on while everything else around it just accentuates the overall style. To say it simply, this is a perfect representation of the whole EP – just madness in every track, pure skill and know-how.

“Limitless”is one of the two dubstep tracks on the EP. Erin Powell’s vocals on mesh perfectly with the operatic synths and large, room-filling sound. While the claps before the drop are largely overplayed, they seem very appropriate for the ensuing chaos that is the drop, featuring dubstep at 128 BPM. It’s so damn energetic and incredible to see what dubstep is like at a greater tempo, I wish more producers would break the mold and do this kind of thing. Soon enough though it breaks back into the 140 BPM, featuring the same synths, a wonderful contrast in production. To say something, it was love at first wub. The breakdown is wonderful, taking the rhythm down and focusing on the melody before once again going into back into the higher tempo.

“Find My Way” is the lone standout on FUTURE, featuring Swoon’s vocals once again against a deep house backdrop. It’s one of the more uninteresting tracks on the release, and makes relatively little sense after the last four intensely powerful tracks. The track itself is a decent attempt at bridging the bass/house gap but ultimately falls short.

However, the last track on the EP more than makes up for it.

“The Great Beyond” has some of the finest sound design of any dubstep track I’ve heard recently. The beautiful piano arrangement at the beginning makes for oddly perfect transition into the heavily modulated vocals (likely by Swoon again). The kicks are at a clear house tempo but serve as just a pick up from the melancholy intro. The build directly before the drop on the other hand is a huge anthemic testament to house/dubstep with flighty chords but a deep and gritty bassline. Things get even more interesting at the drop, if you can even believe it. The bass growls are an old favorite of mine, used to perfect effect in this situation. The bassline is thunderous behind the lead synths and roars massively while keeping one foot on the ground, the other lodged neatly in your throat. The second drop ups the ante once more giving another layer of dimension to the lead synth drop, making it even more interesting and even more exciting.

This will probably remain one of my favorite releases of 2015 well into the summer. Though, as a blogger, I’ve already received quite a few promos for the coming year and let me tell you, if you thought 2014 was something… hoooh boy, you’re in for quite a treat.