Disclosure & Rudimental Start Their Own Festival

It’s not exactly often that two artist groups join forces to create their own festival – think Dada Land Compound, but less of a “tour.”

Disclosure and Rudimental, two of the more successful livetronica acts around at the moment, have created their very own little getaway in the form of their Wild Life Festival at the Brighton City Airport in the UK. Coming this June, the lineup is already stacked.

While a full rundown of acts is coming on Thursday, January 29, the first round of names is on-point. With Sam Smith, George Ezra and Wu-Tang Clan (!) as the headliners across the June 6 and 7 weekender, there’s also a strong house, techno and bass contingent, including Jamie xx, Annie Mac, David Rodigan, Seth Troxler and a back-to-back set from Maya Jane Coles and Heidi. Naturally, Disclosure and Rudimental will be there, too.

Indeed, that lineup is tight.

The festival will be produced by “SJM Concerts and the Warehouse Project, who already play a part in the likes of Croatia’s Hideout Festival and Parklife.”

Register for the pre-sale. 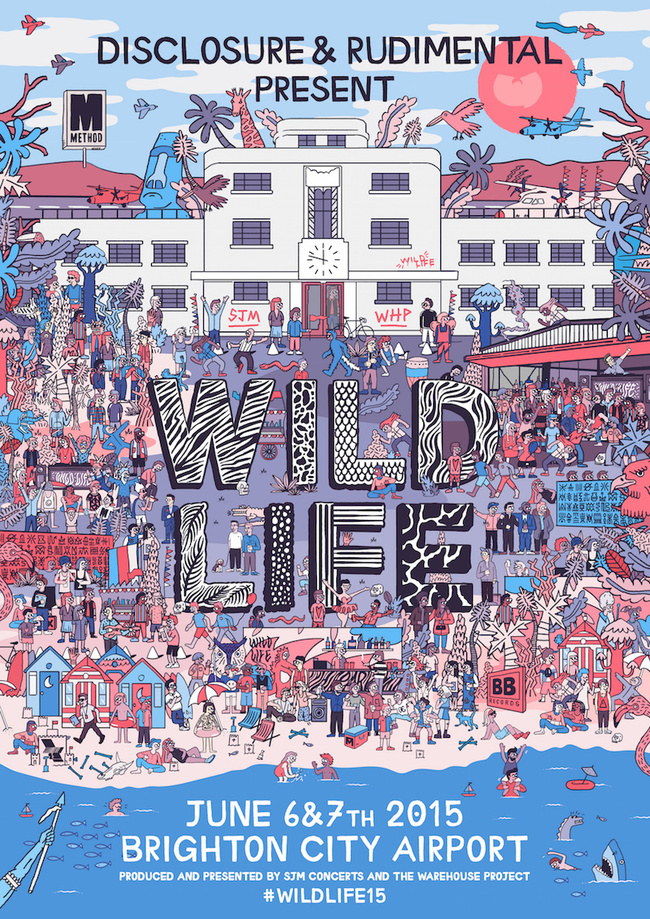