Since its release nearly four years ago, Spotify has become one of the most popular music streaming apps on the market. With its intuitive Facebook connectivity, user convenience both on the computer and mobile, and relatively harmless monthly price of $10, it’s no surprise that it currently has the most US-based subscribers of any music streaming service. While Spotify’s various pros and cons can be debated, one thing that remains clear is its familiarity with users. Much like other Internet giants (Amazon, Apple, etc.), Spotify has created a longstanding system that subscribers have come to understand and depend on. Even though these subscribers may have other options to choose from, their history with Spotify helps maintain its place in the market. A new and long-awaited competitor, however, may soon change all that.

Google‘s newest app, Youtube Music Key, aims to become a worthy alternative in the music streaming circuit. Unlike the regular Youtube app that has been around since the iPhone was released, this service includes many new features that have the potential to completely redefine consumers’ relationship to Youtube. First, and arguably most importantly, is the introduction of an out-of-app, background listening feature for all Youtube videos. The lack of this feature remains one of the most common complaints with the regular app, as users must keep Youtube open and their screens active to receive audio. With Youtube Music Key this will no longer an issue. 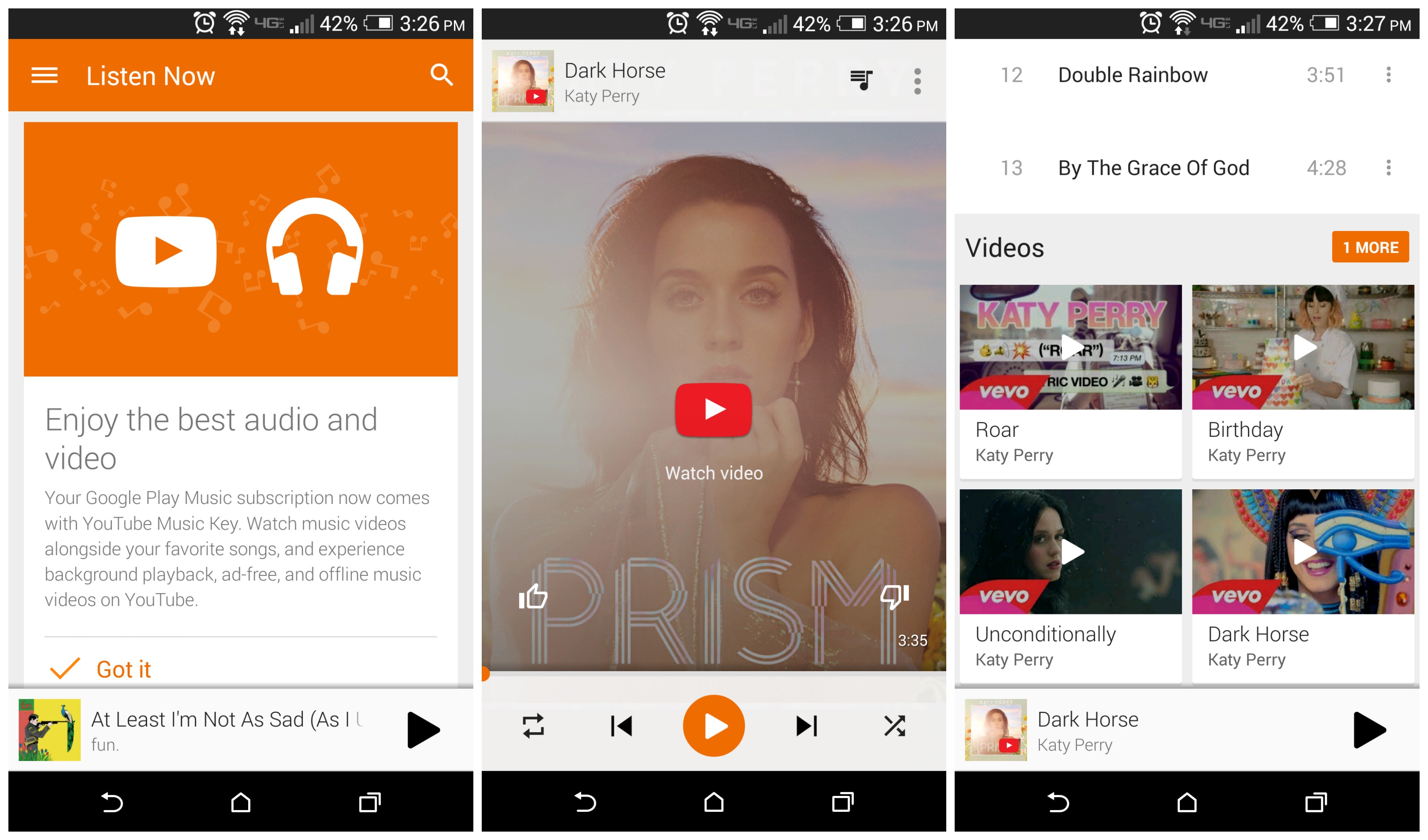 Next, the new app comes with completely ad-free listening and viewing. This means no more waiting through uncomfortable minute-long commercials in the middle of your ‘party playlist’. Users also have the ability to make their own customized playlists, but must return to the app after the end of each video to choose the next. However, auto-playlists can be activated using a ‘Music’ tab in the app, which recommends seemingly endless songs based on your recent choices in a Pandora-esque fashion. Youtube Music Key also comes with a full, unrestricted subscription to Google Music.

This new app offers a six month free trial, to acclimate potential subscribers to its features. After this period, the monthly fee comes to $10, the same as Spotify.

Youtube Music Key is attempting to transfer the experience of listening to Youtube music on your computer at home into the mobile arena. It is for this reason that the look and design of the app are extremely simplistic and easy to navigate: the focus is intended to be on the music. While some may say that Music Key is simply a paid version of the original app, with new features too insignificant to play a substantial role in its usability, simple additions such as these have the potential to make waves with subscribers. One of the main reasons consumers subscribe to alternative music streaming services is because of the frustration that comes with trying to use the standard Youtube app to play music. Up until this point, even though Youtube has most of the songs I want to hear, I would have rather used Spotify Premium because I know I can lock my phone and avoid advertisements. Now, with Youtube Music Key’s beta available for the same price, it seems that we can have the best of both worlds.