Deadmau5 Calls Out Krewella For Not Plugging In CDJs

Krewella came into Ultra Music Festival with a bone to pick and we’re happy to say they made a powerful statement. Bringing on a drummer and guitarist, the Yousaf sisters returned to their punk roots with a bass filled performance that incorporated the use of live instruments perfectly.

However, not everything is how it seems. Many fans watching the live stream noticed that Krewella’s CDJ’s were in fact not plugged in. Shortly after snapshots began flooding the internet, Deadmau5 was first to chime in on the slip up: 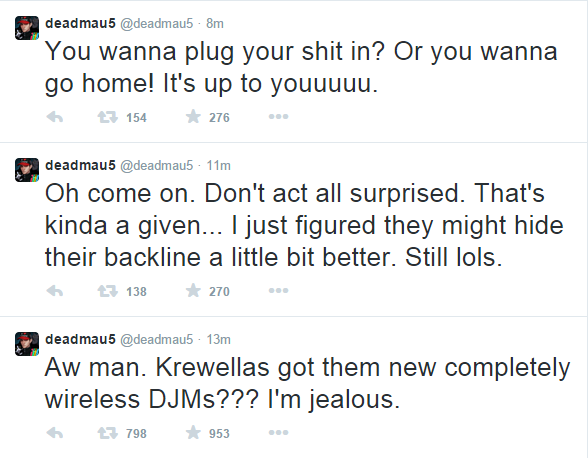 UPDATE: In response to the allegations of faking their performance, Krewella has tweeted the following: 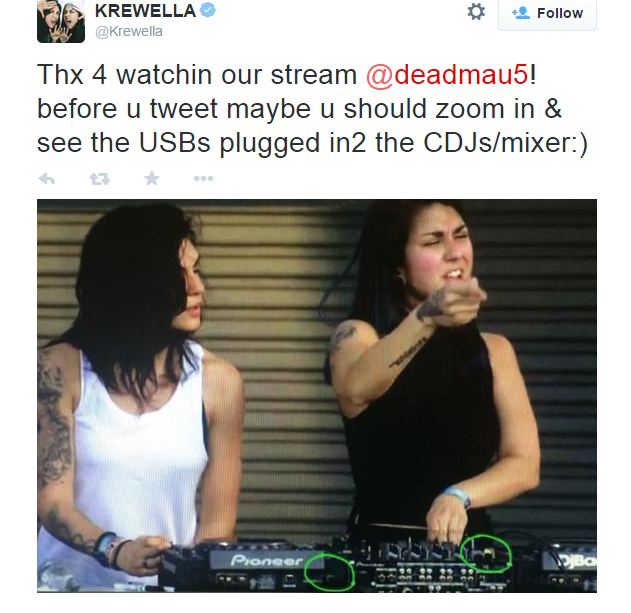 It would appear Deadmau5 needs to learn a bit more about alternative setups. You can watch Krewella’s performance below: