Event Preview: Get Your Groove On With Oliver Heldens For Two Nights At Exchange LA

by Garrett Smith
in Events, Tickets

World renowned DJ, record label head, international tastemaker, Beatport chart dominator, Oliver Heldens has nearly done it all before he can legally take a sip of alcohol in the United States. With festival season in full swing, the Dutch future house maestro has a lot on his plate, as he’s coming off of stellar performances at EDC Las Vegas and Tomorrowland with plenty more appearances around the world on the way. The future house flag-bearer will be touching down on the West Coast in September, as he’s slated to take over Exchange LA for two special nights on September 10th and 11th.

The first night of the Oliver Heldens takeover will feature Chocolate Puma and Shaun Frank alongside the future house phenom, while the second night will feature Heldens together with Loud Luxury and Michael Calfan. Tickets to the show are available now, and you don’t want to miss the masters of groove taking over LA. 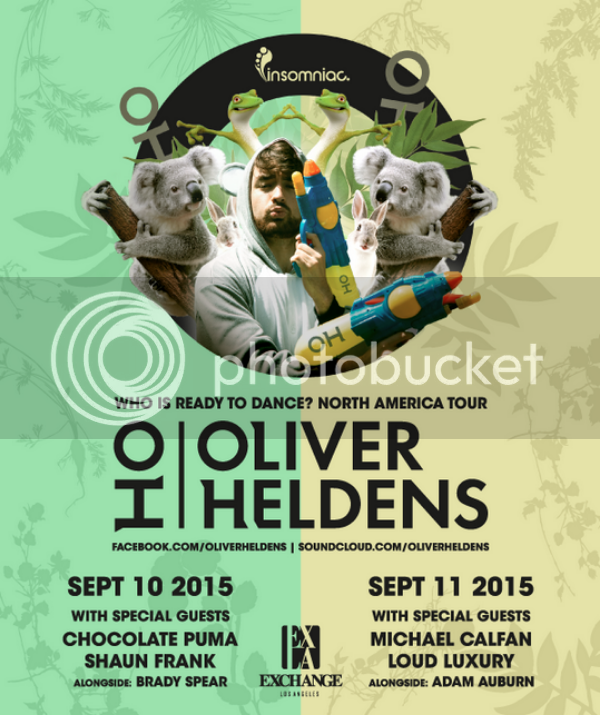 Dillon Francis Dresses as a Bee, Awkwardly Raps for a Good Cause [Video]

Dillon Francis Dresses as a Bee, Awkwardly Raps for a Good Cause [Video]